Be wary of self-taught ‘historians’ who corrupt American history

For a long time, I’ve noticed that the Christian Right trots out putative “historian” David Barton when they need someone to explain the history supposedly undergirding their insistence that America is a “Christian nation” founded on fundamental Christian principles.

I’ve also noticed that when non-Christians and actual historians reference his name, the “historian” label is either explicitly or implicitly in quotes.

A Christian nationalist and ardent Republican with no academic credentials in history — he has a bachelor’s degree in religious education from uber-Christian Oral Roberts University — Barton has been described by actual scholars of history and law as a purveyor of “pseudoscholarship” who spreads “outright falsehoods.”

Yet, still, his official biography on the website of the organization Wallbuilders, which he founded, describes Barton as “an expert in historical and constitutional issues.”

Of course, erudition does not come just from having an advanced academic degree in a particular field. Microsoft founder Bill Gates and Apple founder Steve Jobs are two sterling examples of self-taught drop-outs who became experts in the fields of computer-related technology and marketing.

But the difference between them and David Barton is that they were dealing with and promoting reality. Barton, on the other hand, promulgates lies, misrepresentations and distortions based on chimera in serving his crackpot theory of America’s supposed Christian founding. If you want to go deeper in the weeds of why his theory is poppycock, you might want to start with Andrew Seidel’s The Founding Myth: Why Christian Nationalism is Un-American (2017).

I watched a few YouTube videos of Barton to try and get a sense of why he is lionized by evangelicals but dismissed out of hand by definitive experts in the field he traverses.

Now it’s all clear. He says exactly what the Christian Right wants to hear, but, like Donald Trump, truth and intellectual integrity are just niggling obstacles, not necessary components, in getting his biased message out.

Just watching the video of him pontificating on our “Christian nation” should be enough to dispel any notion that Barton is anything but a sham propagandist, although he has a nice haircut and a sonorous voice, and seems confident in what he is smoothly saying.

But it’s all smoke and mirrors.

Just take his disembling opening gambit. He asserts that the Declaration of Independence — our “founding document,” he claims (although I’d say the Constitution) — presents five principles of government. He says anyone entering government must abide by them, and #1 is “Moral Law.”

“If it’s called ‘the laws of nature and nature’s God,’ we know what right and wrong is,” as Barton interprets the Declaration’s language. “That tells us clearly … that’s a moral law. So we start with a moral law that comes from God. The second thing that says [is], oh, by the way, there is a God, so we acknowledge there is a creator. The third thing the Declaration tells us is that God gives us a certain set of liberal rights, like life, like liberty and the right of self-defense. … and those are God-given rights. The fourth thing that the Declaration says is that government exists primarily to protect God-given rights, and the fifth thing below that is you get to vote on everything else. So, you don’t get to vote on morals, you don’t get to vote on what your rights are [that] God gives to us.”

Under this hypothesis, Barton says citizens are free to vote on “how wide the sidewalks are or what the speed limit should be,” but not, say, whether abortion should be a guaranteed part of health-care plans, because that’s a moral issue that is already established by God — and a right of people of “conscience” to reject and block access to for others even if it’s legal and they want it.

If you listen to Barton’s interpretation of the Declaration and compare it to what the document actually says, you notice little correlation. It appears to be a textbook case of “motivated reasoning,” a type of human cognitive bias that which a person is convinced that what they already believe or want to be true is true — whether it actually is or not.

And according to Psychology Today, this biased thinking “occurs outside of awareness that anything sneaky is going on.”

The U.S. Declaration of Independence, in fact, only obliquely mentions anything divine — and it carefully uses very vague terms, such as “nature’s God,” which reflected many Founders’ wariness of religion and belief in the decidedly hands-off and, thus, un-Christian, God of Deism. That god was one that set existence in motion and then disappeared into the background to let the creation (humanity included) run itself.

So, when Barton claims that the Declaration purposefully inserts “God’s law” into American genesis, he means the Christian God as characterized in the Bible, and all its attendant dogma. But “nature’s God” is nothing like that. It is a God that only figuratively “helps those who help themselves.” In fact, Thomas Jefferson, et al., believed citizens, not the divine, would run the country according to the morality, ethics and practicalities of Enlightenment reason, not Christian doctrine.

Thus, to secure the rights of “Life, Liberty and the pursuit of Happiness” promised in the Declaration, the Founders clearly signaled how that would happen.

“That to secure these rights,” the Declaration states, “Governments are instituted among Men, deriving their just powers from the consent of the governed.”

In other words, the ultimate power to govern comes from “the governed” — us — not the supposed doctrines of an invisible being.

And to imply, as Barton does, that government can’t legislate morality, is nonsense.

In the Civil Rights era, government imposed via federal legislation the requirement that all Americans be treated equally. It had to do this because many racist Americans wouldn’t do the right thing, even by their supposedly loving God of Christianity. That’s legislating morality.

The Founders’ god, however, could do the right thing in that situation, because fundamental human rights have no religion to corrupt them. 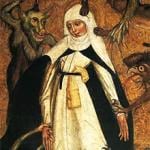 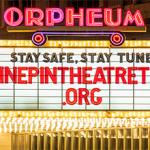