Don’t not watch Unorthodox, a new four-part Netflix series about a young orthodox Jewish girl’s breakout from a life of haunting religious and sexual oppression.

(For an excellent description of fundamentalist religious repression, watch this iterview above with Deborah Feldman, the author of the bestselling novel that the Netflix series Unorthodox was inspired by.)

Though a movingly intimate study of human transition, the film is often frenetically paced like a spy thriller. In fact, it has many of the same elements: a person attempting to hide from those who would harm her, villains hot on her trail, a pistol, honor denied, justice.

It is a riveting series, reminding me once again of how constantly I hear traumatic stories of Americans attempting to flee their hidebound conservative religious communities. The grasping, controlling power that fundamentalist groups clamp onto members can be simultaneously terrifying and entrapping.

Which is why Esty’s final success in leaving her husband and her sect, traveling to Berlin and starting a new life of freedom feels so empowering and victorious. Part of the charm and emotive power of the film rests with Haas’ uncanny and knowing depiction of Esty with grace, intensity and, when necessary, aching gentleness.

The film draws in bold colors the ethos of Williamsburg, where virtually everyone seems contented to live in such a rigidly constricting environment. Where blame and moral denigration and gossip are used gratuitously as weapons, and where young men and women are kept strictly ignorant of sexuality — their own and others — until just before marriage.

In one unsettling scene, a female marriage advisor explains to Esty the mechanics of sex — “the man enters you here.” Etsy reveals her utter ignorance, and alarm, by insisting that she doesn’t have the “hole” the advisor is talking about, apparently never having explored that particular part of her own anatomy before. When Etsy finally “finds” the infamous orifice herself, her look of quiet astonishment and wonder is priceless.

One truth the film conveys, as did the memoir Educated by Tara Westover, is that the world that fundamentalist children are raised in is but an infinitely limited version of the real one that exists not all that far away but which seems almost unreachable.

Looking out of her Brooklyn window into her Hasidic neighborhood, Esty shows that she is starting to understand the limitations of her life.

“Williamsburg is not America,” she tells a friend.

In her memoir, Westover tells of the raging shock and embarrassment she felt when, after finessing her way into a Christian college, she learned the first day in class that she didn’t know something critical in Western civilization: what the Holocaust was. Her homeschooling mother failed to teach it to her.

Such are the wages of repressed young minds.

One reviewer of Unorthodox wrote that, “The thin eruv wire that surrounds the … community where [Esty] lives might as well be an Iron Curtain.”

This one sentence reflects not only the oppressiveness of the place but of the numbing religious complexity of the doctrines that direct life there. An eruv wire is a parameter of structures — sometimes it’s just a wire — that delineate where orthodox Jews may go outside and carry things on the Shabatt, the day sandwiched between weekdays and synagogue day, when such activities, including work, are generally prohibited in conservative Judaism. Without the eruv, Jews observant Jews would be completely trapped in their houses.

I won’t spoil the series by giving away all the unfolding plot lines. Suffice to say, it movingly portrays yet another story of unyielding religious orthodoxy that too often causes people, especially young people, unforgivable trauma.

But as an empathetic woman told Esty in the film, despite what her religious community told her, she was completely free to live her life any way she chose.

“This is America, Esty,” the woman told her. “You can make your own decisions.”

“Williamsburg is not America,” Esty replied. “You don’t know the rules.”

“But the rules are imaginary,” the woman responded. “The eruv wires around the neighborhood aren’t electric. There’s no moat around the kingdom of Williamsburg filled with crocodiles. Their power is just in your head.”

Exactly. That is what makes religion subversive. 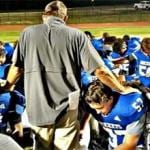 April 14, 2020
When is it OK for a public-school coach to pray with players? Never.
Next Post 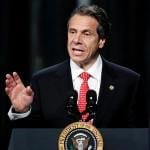