Keanu Reeves for president! Don’t laugh. Look what we have now.

Keanu Reeves for president! Don’t laugh. Look what we have now. May 14, 2020 Rick Snedeker

Popular movie actor Keanu Reeves is no philosopher king, but he thinks like one. 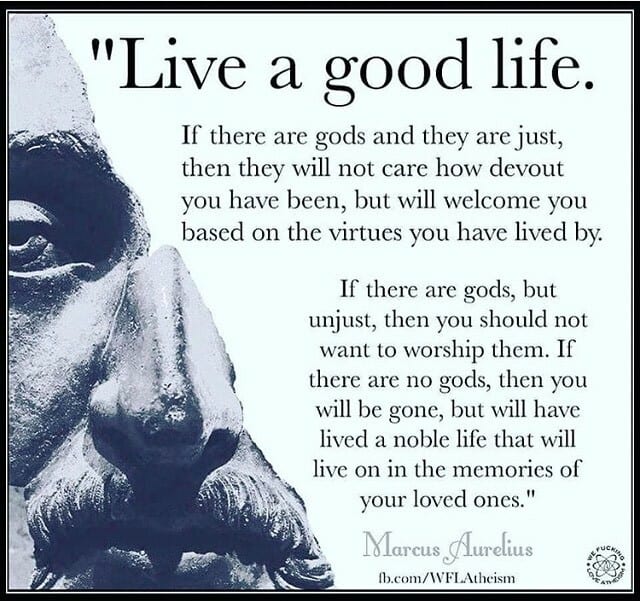 When he was once asked by TV talk-show host Stephen Colbert what he thought happened when people died, Reeves, in Marcus Aurelius fashion, responded rationally and philosophically (see YouTube clip, here):

“I know the ones who love us will miss us.”

He didn’t talk of the dearly departed looking down on us from some ethereal place on high.

It was the kind of practical expression of material reason, as opposed to supernatural speculations, that are credited to actual philosopher kings such as the Stoic Roman emperor Marcus Aurelius (reigned 161–180 A.D.). Aurelius, as did others of that school of thought, believed that kings should be philosophers and that only philosophers should rule.

This quote below attributed to Marcus Aurelius reflects this noble ethos:

The passage is epicurean in that it focuses on happiness, existential balance and living a “good life” as essential. It’s stoic in that it values reality over speculation. And it’s agnostic in that it advises that whether or not gods exist shouldn’t affect how one lives life.

Of course, these concepts — epicureanism, stoicism and agnosticism — are extensive and very complicated (and some might say they’re often unfathomable), but they are essential elements of nontheist conceptualizations. The first acknowledges that happiness reflects successful living. The second, that because life is inevitably difficult and painful, it is best born with rational forbearance, not emotional abandon. And third, we don’t know everything, but what we do know very strongly indicates the material cosmos is all that exists.

The idea of “philosopher kings” comes to us from ancient Greek philosopher Plato’s Republic, a purported diolague with Socrates on the ideal of a just society in which specialized military “guards” who were “virtuous and selfless” — men and, controversial in patriarchal Athens, also women — would rule with noble intent.

Plato was an idealist, envisioning that a rigorous selection process would always ensure the enthronement of a “virtual and selfless” elite. We’re still struggling to achieve that ideal. Two words: Donald Trump.

But, Plato was undeterred. In Republic, he wrote, as Socrates:

“Until philosophers rule as kings or those who are now called kings and leading men genuinely and adequately philosophize, that is, until political power and philosophy entirely coincide … cities will have no rest from evils … there can be no happiness, either public or private, in any other city.”

The notion, according to the Encylopaedia Britannica, “is that the philosopher is the only person who can be trusted to rule well. Philosophers are both morally and intellectually suited to rule: morally because it is in their nature to love truth and learning so much that they are free from the greed and lust that tempts others to abuse power and intellectually because they alone can gain full knowledge of reality.”

Marcus Aurelius was a fascinating popularizer of stoic philosophy, having acquired its knowledge from a learned Greek slave, Epictetus, which is why this Roman emperor wrote his Meditations in Greek. The treatise has been viewed over many generations as “one of the great books of all times,” the encyclopedia notes.

But, ironically, the emperor didn’t see himself as great, writing Meditations, which lays out the basic moral tenets of stoicism, “to nerve himself for his daunting responsibilities.”

Although Marcus Aurelius has been iconic over many centuries in the West as the exemplar of the “Golden Age” of the Roman Empire, the seeds of its ultimate implosion were germinating during his reign.

Despite the obvious nobility of character in this “philosopher king,” to which historians readily attest, he was neither a visionary nor necessarily consistent with his stoic beliefs.

Instead of choosing a “virtuous and selfless” successor before he died, he instead made the unphilosophical, emotional choice of anointing his only surviving but relatively ignoble son, Commodus.

But it was still a rational, if fraught, choice. Under the rules of succession at the time, if Commodus had not been named successor, his father would have had to execute him.

Come to think of it, Keanu Reeves probably wouldn’t be a half-bad president. Unfortunately, he’s Canadian.

Quote, thanks to Bold Atheism/Image of Marcos Aurelius 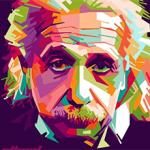 May 12, 2020
In the ‘weird’ micro-microscopic world, matter seems to act divinely
Next Post

May 15, 2020 Education chief DeVos again funneling tax money to religious schools
Recent Comments
0 | Leave a Comment
"Seven months ago I submitted a letter of personal experience and poem to Free Inquiry ..."
cgosling An apostate’s journey: From ‘Sunday Christian’ ..."
"Obama was clean in terms of familial corruption as far as I know. ie, as ..."
IconoclastTwo How about a checks-and-balances tool for ..."
"You're just depressing me further here, but it's necesssary — and motivating to continue pushing ..."
Rick Snedeker Trump cons U.S. voters with contemporary ..."
"QAnon is functionally, if not literally when they incorporate George Soros and the Rockefellers, the ..."
(((J_Enigma32))) Trump cons U.S. voters with contemporary ..."
Browse Our Archives
get the latest from
Godzooks: The Faith in Facts Blog
Sign up for our newsletter
POPULAR AT PATHEOS Nonreligious
1