As we watch protests nationwide over the police killing of George Floyd in Minnesota on May 25 for allegedly passing a counterfeit $20 bill, let’s not lose sight of this atrocity’s roots, and it’s not just police brutality and racism.

Since people with African ethnicity were first forcibly brought to these shores as slaves in 1619 for white, Christian planters, predominantly in the South, their American overlords justified the brutal and appalling subjugation of slaves with the Bible.

“A disciple is not above the teacher, nor a slave above the master.” (Matthew 10:24)

Indeed, both the Old and New testaments are littered with passages, like this one above, condoning, not condemning, slavery (including Jesus), although the prejudicial concept of the inherent inferiority of black-skinned people to whites is a more recent invention. Ironically, the Bible, which focuses on mostly non-caucasian Semites in what is now the Middle East, contains no whites.

America’s contemporary white supremacist impulses derive in part from the curious biblical story of Noah’s son Ham, who is said to have inadvertently happened upon his naked father one night as the old man slept off a drunken binge. Ham then went to gather his brothers, Shem and Japheth, ostensibly to cover Noah.

For reasons not explained or rationally apparent in the Bible, Noah was enraged when he awoke, and accursed not Ham or his other sons, but Ham’s son Cannan:

“Cursed be Canaan; lowest of slaves shall he be to his brothers.” (Genesis 9:25)

The website Learn Religions, in an article titled “Slavery and Racism in the Bible,” explains the legacy of this odd biblical tale:

“Over time, this curse came to be interpreted that Ham was literally ‘burnt,’ and that all his descendants had black skin, marking them as slaves with a convenient color-coded label for subservience. … Just as Christians in the past used the Bible to support slavery and racism, Christians continued to defend their views using biblical passages. As recently as the 1950s and ’60’s, Christians vehemently opposed desegregation or ‘race-mixing’ for religious reasons.”

Complicating this bias, the ancient Hebrew word “ham,” modern biblical scholars note, does not translate as “burnt” or “black,” and some Afrocentrists believe that Ham was indeed black, as were many other characters in the Bible.

But, still, the slander that blacks are inferior remains in fashion among many in the American Christian Right and fundamentalist evangelical communities.

Adding to this toxic stew is the racist idea consciously and unconsciously held by many Americans, Christian and otherwise, that African-Americans are not only inferior, but to be feared and loathed.

Thus, we have seen in recent years a slew of extra-judicial killings of mainly young black men by American police, often spurred by paranoia fueled by white guilt — false assumptions that a suspect, instead of, say, reaching for a driver’s license during a traffic stop, was reaching for a gun.

Where do these false and onerous fears come from? Well they come from 400 years of unjust slavery in this country, its continuing legacy of inequality and injustice for black Americans (of which even white supremacists can sense their own complicity), and it also comes from ancient, imaginary stories in a so-called “holy book” and the poisonous, intractable assumptions they have bred over millennia.

And so, the nation has become yet again embroiled in protests after the death of yet another black man seemingly unjustly killed by law enforcement. In a recent interview with Isaac Chotiner in New York magazine, prominent civil-rights lawyer and criminal-justice reform activist Bryan Stevensen, asserts that “slavery didn’t end in 1865” (with President Abraham Lincoln’s Emancipation Proclamation), but that “it evolved” into an alternate insidious iteration that retains the fiction of black inferiority.

“The great evil of American slavery wasn’t the involuntary servitude; it was the fiction that black people aren’t as good as white people, and aren’t the equals of white people, and are less evolved, less human, less capable, less worthy, less deserving than white people. That ideology of white supremacy was necessary to justify enslavement, and it is the legacy of slavery that we haven’t acknowledged,” Stevenson told Chotiner.

We have also yet to acknowledge the Bible’s seminal and complicit role in provoking all of this.

June 5, 2020
It’s official — more than two-thirds of Norwegians are heathens
Next Post 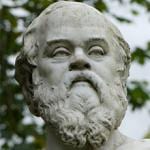