Now data indicates it happens mostly virtually — on Internet dating sites — even for oldies and, as I will point out below, also atheists.

I’m talking about the go-to way at least heterosexuals (and likely the lovelorn of other persuasions) find romance these days, particularly in the United States.

In fact, that’s exactly how two 70-something widowers in my neighborhood got together in the twilight of their lives for a second go at romantic love. So, online dating is clearly a thing now since even the Boomers are doing it.

Michael Rosenfeld, the primary author of this study released last year, reported that hetero matchmaking is now done primarily by algorithms” in America, as is virtually all of social media interplay.

The study has a scholarly sounding but telling title: “Disintermediating your friends: How online dating in the United States displaces other ways of meeting.”

“Traditional ways of meeting partners (through family, in church, in the neighborhood) have all been declining since World War II. Meeting through friends has been in decline since roughly 1995,” is how Rosenfeld describes the significance of the data he compiled with fellow researchers Reuben J. Thomas, and Sonia Hausen.

It appears to be just another part of an evolutionary continuum in the U.S. that continues to reduce face-to-face interactions in daily life, among family, friends and acquaintances, and even store clerks. When television arrived in the 1950s, front porches were gradually replaced by backyard patios, which reduced the daily contact with neighbors. Families were soon watching hours of TV daily instead of talking to each other or playing cards and board games. With advent of computers and, particularly, mobile smart devices, people began trading focused interaction with other human beings with solitary screen time, especially kids.

And in the 21st century, online companies such as Amazon have become commercial juggernauts and continue to suck up a hugely disproportionate share of American commerce. So people are doing much if not most of their shopping online these days without ever having to talk to an actual, live sales person, or anyone else, for that matter.

Which brings me back online dating, where would-be lovers can search through comprehensive bios of thousands of potential romantic confederates without not only not having to get in a car to go somewhere but without leaving the house, or even their favorite chair or bed. Factor in the saved cost of drinks or expensive wardrobe upgrades that are suddenly unnecessary to attract mates.

Because everyone seems to live in a bubble these days, dedicated dating sites have sprung up catering to folks with specific needs and requirements, such as atheists, agnostics and “nones” (the religiously “unaffiliated”), who just don’t want to waste valuable romantic time with people whose religious beliefs are diametrically opposed to their own and whose spiritual (or not) compatibility is highly unlikely. Just religious vs. nonreligious views on sexual behavior are hard enough to navigate, as I wrote about in a previous post about Christian requirements of chastity, here.

So, as Democrats and Republicans seek different mates attuned their preferences, as they do just people they choose to know, religious and nonreligious people also seek to silo themselves off from ideological contraries. Whether that’s healthy or not for our society is another question for another day.

But for now, atheists (and other religious skeptics) looking for love and companionship can be encouraged that dating sites are out there just for them. Here’s a few (which is the “news you can use” part of this post), compliments of Datingadvice.com — the “8 Best Free Atheist Dating Sites”:

“Religion can be a touchy subject, and whether you practice or not, being on the same page as a date or potential partner can come in handy,” advised Datingadvice.com. “While 4% of people in the United States identify as atheist, 100% of them do so on the atheist dating websites we’ve just highlighted.”

You can figure out how to have a real live conversation later. 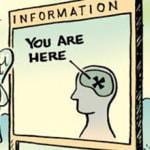 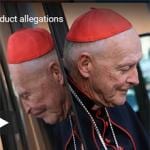