The guy on the left in this cartoon could be GOP Rep. Louie Gohmert of Texas — a preening, macho dolt refusing to do a simple thing that could actually save his life (and others’).

Gohmert, a dismissive scofflaw about wearing a facemask to protect himself and others from the currently raging coronavirus in America, yesterday tested positive for the disease.

He then suggested that the culprit was … masks, which he has only very occasionally worn, not including after yesterday’s congressional hearing with Attorney General Bill Barr when Gohmert and the AG talked together maskless.

Republican Trump sycophants who model the president’s derision of mask wearing as unnecessary and evidence of personal weakness, apparently don’t buy the urgent pleadings of virtually every infectious disease expert globally that wearing facemasks (along with social distancing and frequent hand washing) is the only sure-fire way to help slow spread of the virus.

This behavior of the president, Gohmert and their fellow travelers in medical science denial also indicates a lack of respect for other American citizens, including their own loved ones, who face the risk from them of unnecessary infection, and potentially death.

Covid-19 is scary enough, but the fear rachets up when we factor in that the supposedly smart, reasonable and compassionate people we elect to the highest elected offices in the land behave like clueless, self-destructive Neanderthals.

“It’s really ironic, because, you know, a lot of people have made a big deal out of me not wearing a mask a lot, but in the last week or two,” he told reporters after receiving results of the test. “I have worn a mask, more than I have in the whole last four months,” he said, according to The Hill.

The Hill report said Gohmert questioned whether the mask itself caused his infection:

“But I can’t help but wonder if my keeping a mask on and keeping it in place, that if I might have put some germs or some of the virus onto the mask and breathed it in — I don’t know. But I got it, we’ll see what happens from here, but the reports of my demise are very premature.”

Reports of his questionable rationality and judgment, however, are not.

This is the same guy who said the people who perished in a 2012 mass murder in an Aurora, Colorado, movie theater “were to blame for their own deaths because they should have been carrying guns and opened fire in the dark, crowded theater as soon as they heard the first gunshots. He also said they didn’t believe in God enough,” according to a report in the Boston Globe’s “Fast Forward” newsletter (available only by subscription).

So, once again, the nexus of uber-conservative politics and fundamentalist Christianity reveals itself.

Gohmert says he’ll quarantine for 10 days, but not everyone is convinced. On Wednesday, he went right back to his Capitol Hill office after testing positive. NPR reported:

“I can guarantee Gohmert has heard from the medical community, he’s talked to Dr. Monahan or others, who said immediately quarantine yourself,” House Majority Leader Steny Hoyer, D-Md., said in a call with reporters. “He did not do that; he put others at risk.”

No wonder cases of the virus are exploding in many states nationwide — and deaths from it (150,000 and counting in the U.S.).

This is what happens when people can’t see past their superstitions and prejudices to access human reason. 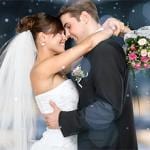