Without masks or reason, Trump lickspittles cheered his lying speech

If President Donald Trump’s fairytale acceptance speech for a second term Thursday night at the White House tells us anything, it’s that his supporters are worse than “deplorable” if they believed or condoned virtually any of it.

In a lifeless 70-minute speech brimming with confirmable falsehoods and shameless misrepresentations, seemingly channeling late Cuban strongman Fidel Castro’s endless public screeds, the president not once mentioned the more than 180,000 Americans who have died in the coronavirus pandemic or the name of a black man shot seven times in the back by police days earlier in Kenosha, Wisconsin.

More than a thousand Americans are still dying daily in the pandemic that the president has irresponsibly and self-servingly slow-walked and minimized (“It’s a hoax.”) to protect his re-election chances. The police shooting victim is currently paralyzed and, for reasons that have yet to be explained (along with why he was shot so many times, or at all), is handcuffed to his hospital bed. News reports have suggested he may have had a knife or was reaching for one in his car when shot, and that there may have been a warrant out for him on sexual assault charges, but that doesn’t really answer the questions.

On top of all this, the president welcomed 1,500 or more invited guests to his acceptance performance who were untested for the virus before entry, and the vast majority of them declined to wear masks — as didn’t the president and his entire family who attended.

Meanwhile, people continue dying at a frightening pace in the United States, and the pandemic shows no sign of soon “disappearing,” as the president has said ad nauseum. What kind of “leadership” is this?

As for the manifold lies, deceits and slanders in Trump’s shameful address, don’t take my word for it. After the speech, CNN reporter and fact checker Daniel Dale delivered a devastating post-mortem of the tsunami of mendacities that surged forth from the president during his “low-energy” speech, a characterization shared by even Fox News hosts.

Watch a video of Dale’s ratta-tat-tat take-down of Trump’s speech, embedded in this post, to see how unmoored not only from truth but reality the rhetoric was.

For supporters of the president to ignore the litany of dishonesty that he dumped on them Thursday night, while unethically using the White House (the “People’s House”) as a backdrop for a partisan political event, while condoning, even encouraging, the unsafe unmasking ad non-safe-distancing of those in attendance, is unpardonable and disrespectful to their fellow citizens.

But they did and they will again, which further reveals the disturbing fault lines in American culture today, where far too many citizens prioritize bare-knuckle entertainment, Old Time Religion, primal fear and instinctive rage against perceived enemies over thoughtful reason, facts and empathy for “others.”

Those of us who honor the real world of facts cannot fathom how anyone could listen to the president’s deeply disingenuous ramblings on Thursday and hear truth. Or sense any compassion for the many tens of thousands of Americans who have perished in the current “hoax” pestilence.

The real hoax lives in the White House. 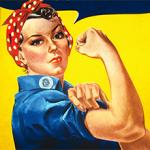 August 27, 2020
The patriarchy is still a thing, but it's not Christian women’s fault
Next Post 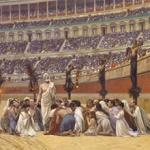 August 30, 2020 No wonder American Christians feel ‘hated.’ The Bible predicts it.
Recent Comments
0 | Leave a Comment
Browse Our Archives
get the latest from
Godzooks: The Faith in Facts Blog
Sign up for our newsletter
POPULAR AT PATHEOS Nonreligious
1