Blatant deception and disinformation, by now, has become baked into the Trump administration.

But something along that inflamed vein that occurred yesterday somehow seemed different as we race headlong into the final weeks of the 2020 presidential election.

It seemed insidiously different. It crossed a bright line.

What happened was that Dan Scavino, the White House deputy chief of staff, circulated a tweet of a video ostensibly showing Joe Biden sleeping during a recent television interview.

As far as anyone can tell in the real world, Biden is none of those things.

But when a friend of New York Times op-ed columnist Frank Bruni first saw the slickly produced video, he was taken aback.

“Can this possibly be real?” the friend emailed Bruni.

Bruni reports that the whole film was a fraud — taking video from a long-ago interview with singer Harry Belafonte and stitching it together with a clip of Biden nodding off.

There was no Biden interview. Never happened. The clip of him was shot at totally different time and place, perhaps during a campaign rest break. In 2020, the Trump campaign is just willing to violate every standard of honesty and decency to try and gain a political edge on their rival, despite the president’s sweaty embrace of fundamentalist, evangelical Christianity, which has new moral issues of its own (i.e., Jerry Falwell Jr.).

Scum is a fair descriptor for anyone who does this sort of thing to get elected (or for any reason) — dirty tricks that the GOP is deservedly famous for. Remember Richard Nixon’s soulless campaign of lies before he was ousted for Watergate crimes?

The enormous implausibility of the new video was immediately apparent to Bruni when he watched it:

“I was pretty sure at first sight that I was looking at a fake, because Biden’s near motionlessness suggested that someone had captured a few seconds in which his eyelids were lowered and his head tilted forward just so. The sound effect of his snoring was suspiciously loud, as if grafted on after the fact. One top of which, Biden wouldn’t be alone during a television interview. There’d be at least one aide nearby, offscreen. That aide wouldn’t stand by idly as Biden slipped into public slumber. He or she would rouse him right away, even throw something at him if necessary.”

Unfortunately, More than two million people watched the fake video before Twitter ultimately shut it down for subterfuge. Scavino alone has more than 900,000 Twitter followers on his personal account. These are facts well know to Trump himself and the other people without scruples who run his political apparatus; you can get away with a lot of dirty dealing because of the time lag before the attacks on public integrity are noticed and, if the rest of the country is lucky, are ultimately removed from the web.

So, even if they’re made to disappear, their effect lingers.

What really disturbs me about this kind of bald-faced dishonesty that seeks to damage people’s ability to make fact-based, reasoned decisions about candidates, is that there doesn’t seem to be a damned thing any honorable person can do about it.

America’s vaunted free-speech ethos, which is on steroids in political campaigns, was originally created with the understanding (now increasingly shown to be nonsense) that the best disinfectant of dastardly speech is more speech. No. The best disinfectant would be laws making the willful dissemination of gratuitous and damaging disinformation illegal under any circumstance, with consequences strong enough to be deterrent.

I get nauseous when people say, “The American people are smart enough to know what’s what and to make reasoned decisions.”

Yeah. Like tens of millions of those “smart” Americans electing inarguably the most awful president and worse human being ever to sit in the Oval Office. A president who is now fomenting political violence across the country just because he thinks it will help his re-election chances.

Sure. Why try to mitigate dishonest speech that propagates dangerous unrest in the nation for reasons that don’t actually exist? Certainly more speech will solve that.

Because of this new fraudulent Trump video sliming Biden we can trust even less of what we see and hear in the country, and that was already at the vanishing point. Don’t forget that video technology exists now that can very convincingly seem to show someone saying things that they never said. I’ve seen some examples (it’s called “deep fake” technology), and it’s insidious and destructive portent is chilling. If you’re skeptical, watch this embedded video below and you no longer will be.

Don’t forget that the Trump administration’s purposeful assault on truth and veracity is exactly the same propaganda playbook Hitler used in grabbing absolute power and hijacking Nazi Germany for total war in the 1930s.

The tactic was that if you say a damn lie often enough for long enough, it begins to seem more and more like truth.

But the strategy was to create a chaotic environment of such uncertainty that people begin to doubt what they actually, irrefutably know — and then turn to their “Dear Leader” for truth.

That’s where we’re at in America at the moment.

That’s why a presumably very smart and well-informed friend of Frank Bruni momentarily wasn’t altogether sure whether the doctored video of Biden was real or not.

This stuff is very dangerous for a democratic republic, and for reason.

I mention it here in a nonreligious blog because this misrepresentation of reality in service to fantasy is what religious indoctrination is all about.

September 1, 2020
Religious bigots and humanists believe deeply. Are both respectable?
Next Post 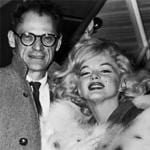 September 5, 2020 Book: Blowback against ‘Judeo-Christian’ conceit hardly new
Recent Comments
0 | Leave a Comment
Browse Our Archives
get the latest from
Godzooks: The Faith in Facts Blog
Sign up for our newsletter
POPULAR AT PATHEOS Nonreligious
1