Christianity is often as much about supposed God-given male authority on earth as it is about belief in a cosmic God.

And therein lies the rub.

A disturbing news story this week attests to this problem, and to the enormous vulnerability this cultural mindset exposes girls and women to in deeply fundamentalist Christian communities that operate under a strictly patriarchal ethos.

Case in point: Two Amish brothers — Aaron C.M. Schwartz, 22, and Petie C.M. Schwartz, 18, of Seymour, Missouri — in June admitted to and were convicted of multiple acts of incest with their barely teen-age sister that also resulted in her pregnancy (she recently gave birth). The brothers ultimately pled guilty to two felony counts of third-degree child molestation, according to the Springfield News-Leader. Two other minor brothers also admitted to having sex with their sister. The two oldest brothers had originally been charged with six felony counts of statutory rape and one felony count of incest, according to court records reported by the Webster County Citizen.

It’s all well and good that the young men were convicted and, thus, at least partially held accountable for their depravity and assault on an innocent girl, who the News-Leader article pointed out was only 12 or 13 years old at the time of the repeated assaults.

However — and this is just one lamentable way that religion corrupts the secular American judicial system — the judge decided in a plea deal with the defendants to suspend statutorily recommended 15-year prison sentences for the offenses and instead require the brothers to devote 100 hours to community service and write a letter of apology to their Amish community in Seymour. They will also, not insignificantly, be registered sex offenders for life.

But why suspend their prison terms for such heinous acts?

Because they were raised in the Christianity-saturated information desert of a hermetic, rural Amish community, the defendants were viewed as “two boys … very immature relative to their respective ages” by Webster County Prosecuting, Attorney Ben Berkstresser, who prosecuted the case.

Their religion-induced immaturity and unworldliness, therefore, made them exceptionally vulnerable in the real world outside their religious community, Berkstresser opined, especially in a prison full of hardened criminals who reportedly tend to take an extremely dim view of child molesters, if not other criminals.

“These two young men would’ve been eaten alive in the state prison system,” he said.

Berkstresser also defended his no-prison sentence because, as he put it,

“In the end, this wasn’t a case of a parent and child, where a parent in a position of authority sexually abused or exploited their child. This was a situation where four siblings engaged in acts with their sister.”

Yet anyone who has lived in a rigid patriarchal environment, as I did in Saudi Arabia for 27 years, knows that males — young and old — hold tremendous authority and sway over females in their families and societies. Likewise in the “fundie” Christian world, this is because male dominance is viewed as a divinely authorized power.

All this worry about the fate of the Schwartz “boys” came only from Berkstresser in the articles I read on this case. The judge — 30th Circuit Court Judge Michael O. Hendrickson — was never quoted. Perhaps prosecuting attorneys largely run the show in Webster County court proceedings.

Besides, he added, the Amish community had already punished the defendants for their actions, and “they made it clear that this punishment was very severe.” Which is beside the point. The crime was not only against the Amish community but against all Americans.

At the end of the day, however, this is simply an example of law unequally applied. In this case, Amish defendants are treated differently than non-Amish. Ostensibly because of what supernatural religion had wrought on them.

“[His] concern that the rapists ‘would’ve been eaten alive in the state prison system’ is a clear signal that he is giving these criminals preferential treatment due to the fact that they are Amish. By giving the Amish brothers preferential treatment, Berkstresser is enforcing two standards of justice: one for the Amish, and one for everyone else.”

This is exactly the kind of religion-fueled inequity that America’s Founding Fathers sought to avoid in drafting the Constitution. They reasonably feared government actions might be influenced or even dictated by concerns related to religion and not to fairness, equality and the secular public good.

Ironically, the Missouri crimes might have never come to light except that the victim became pregnant and a doctor found out and “hotlined it,” Webster County Sheriff’s Department Cpl. Ryan Wells told the Citizen.

Thank goodness someone was thinking rationally in this whole infuriating process. 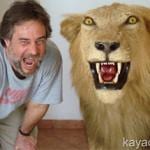 September 16, 2020
Lions and wildebeests don’t pray to God. What if they could?
Next Post

September 20, 2020 GOP grabs hypocrisy’s private parts to stack Supreme Court … again
Recent Comments
0 | Leave a Comment
Browse Our Archives
get the latest from
Godzooks: The Faith in Facts Blog
Sign up for our newsletter
POPULAR AT PATHEOS Nonreligious
1

Nonreligious
Ideas Worth Sharing: What good is ‘freedom’ if...
Godzooks: The Faith in Facts Blog
TRENDING AT PATHEOS Nonreligious