From a practical perspective, the term “Judeo-Christian tradition,” which U.S. Attorney General Bill Barr recently has been insisting is as essential to America as breathing, is not only un-democratic but un-American as well.

Indeed, the United States is a uniquely pluralistic country regarding religion, so just by referring to a supposedly national core tradition that acknowledges only two distinct religious faiths — Christianity and Judaism — pointedly leaves every other American belief system out in the cold of assumed historical irrelevance.

The Judeo-Christian concept is un-democratic in that it doesn’t view and treat equally all faith groups in the country, and it’s un-American for the same reason. It’s an exceptionalist religious ideology that presents as a combined political and religious insult — one that has a long and disruptive and destructive history in the U.S.

For example, in the 1950s during the McCarthy era a large number of elite Hollywood writers and directors with liberal sensibilities were “blackballed” (blocked from being hired in their industry). They were persecuted because they had been accused of left-leaning sentiments that might endorse “Godless” Communism, which was the era’s looming national bogeyman. Note that part of what made these political martyrs suspect was they were believed to have atheist sympathies, although most were Jewish and Christian.

So, apparently, one could not be a sympathizer with socialist political systems in mid-century and still be a true Judeo-Christian. The defining deficit was not being in thrall to God, which then (as now for many Americans) meant they could not be trusted in a Judeo-Christian democracy.

Up until a couple of years ago, more than 70 percent of Americans believed atheists (read: non-Judeo-Christians) were by nature treacherous and untrustworthy. It’s about half now, but still.

I’m writing about this now because Bill Barr has made it current, and because I just read a long review of what promises to be an excellent book on, if not the history of the Judeo-Christian construct, a retrospective on how it’s meaning and importance has been variously “imagined” in the U.S. over many years but especially starting in the early decades of the 20th century.

Written by K. Healan Gaston, a lecturer in religious history and ethics at Harvard University, and published in 2019, the book is titled Imagining Judeo-Christian America: Religion, Secularism, and the Redefinition of Democracy.

In his review of the book in the e-zine Religion and Politics, Gene Lubovich explains that Gaston believes most Americans for many years held a flawed understanding of the nation’s religious traditions:

“Unlike our current era, the 1940s and 1950s are often imagined as an age of consensus in the United States, when Americans agreed that their democracy flourished because it was rooted in shared ethical commitments common to the Protestant, Jewish, and Catholic religions. The vicious battles over Darwinism in public schools in the 1920s had disappeared from view. And it would not be until later decades that the ‘culture wars’ would reignite over issues like abortion, sex ed, and prayer in public schools. Beginning in the 1970s the Christian Right mobilized politically to support conservative presidents from Ronald Reagan to Donald Trump. The mid-twentieth century, on the other hand, was thought to be a time when the truce was called in America’s perennial culture wars because of a shared agreement that the United States was a ‘Judeo-Christian’ nation.”

By peeling away historical nuances, Zubovich writes, Gaston shows that, in fact,

“… Americans at mid-century were as divided as ever. By exploring the concept of Judeo-Christianity and its history, including how it entered our vocabulary and what people meant by it, [Gaston] uncovers the deep divisions over how Americans understood religion and citizenship.”

Zubovich explains Gaston’s belief that things aren’t all that different now than then, with the “Judeo-Christian” conceit just one among myriad others competing for primacy in America’s seminal imagination. He writes:

“The question of which identity groups have legitimate claims on public life and on politics is at the heart of America’s cultural divide, Gaston argues. ‘In short, what we now call the ‘culture wars’ were already raging in the 1950s,’ she writes. And ‘the basic contours of today’s conflicts over religion in American public life date back to the 1930s and continue largely unchanged.’”

But Gaston emphasizes that the contention is not over whether Judeo-Christian tenets should direct American culture (over all other faiths), but whether it should predominate over secularist principles — of which Communism was seen as the dark prince. Writes Zubovich:

“Whereas much of the historical scholarship has focused on conflicts among the three religions constituting ‘tri-faith’ America, Gaston argues that ‘by the 1940s and 1950s the main ‘diversity problem’ … involved the status of nonbelievers, humanists, and advocates of strict separation, not the relationship between Protestants, Catholics, and Jews.”

One of the most prominent schools of Judeo-Christian thought in America held that the dual term symbolized the melding of the three faith traditions in modernity. But, of course, that left out believers in other faiths and no faith.

So, today, it’s not a settled concept by any stretch of the imagination, whether Bill Barr believes so or not. It’s an un-democratic, exceptionalist insistence that ignores America’s pluralistic DNA, religious or otherwise.

Late U.S. President Dwight D. Eisenhower, though he himself used the term “Judeo-Christian” for a time in his speeches, grew to find it elitist, divisive and un-democratic. Others found it unpalatable even before that. Writes Zubovich:

“As early as 1946, Jewish philosopher Horace M. Kallen found it strange to talk about Judeo-Christianity when the United Nations included ‘Communists and Confucians and Buddhists and Parsees and Sikhs and Bahais and agnostics and atheists and many other faiths and cultures.’”

Yet the delusion goes on, with our federal attorney general and many others who continue to zealously and fraudulently labor to reinvent the nation as a Judeo-Christian theocracy. 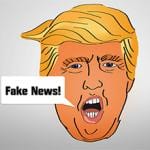 September 3, 2020
You ain't seen nothin’ yet in Donald Trump's disinformation campaign
Next Post