The day he died, renowned Christian apologist C.S. Lewis (1898–1963) had for several decades been “one of the most widely read authors on Christian teaching in the Western world,” but hardly anyone noticed his passing.

Nonetheless, Lewis’ legacy survived him, fraught as it may be for religious nonbelievers and even a few believers.

Lewis was a Christian apologist, which is a person who “attempts to give a rational defense of the Christian faith,” according to the website for the Christian Apologetics & Research Ministry (CARM). The English word derives from the Greek term apologia (“to give a reason or defense” — see 1 Pet. 3:15 in the Bible).

But in fact, “reason,” as it is formally, scientifically understood, has nothing to do with faith, no matter how loudly apologists since Augustine of Hippo, if not before, have loudly insisted it does. Lewis, as all apologists, did not bring to his argument the material evidence that real reason requires. He brought faith in what he already believed to the table and then tried to defend it intellectually, rather than bringing tangible evidence to build a convincing case of verification.

I think it’s fair to say that since no irrefutable evidence exists for the omnipotent, essential divinity worshipped by believers in Christianity, reason cannot be rationally brought to bear in any argument defending it.

So, although Lewis has been lionized as an innovative theologian and lofty thinker “whose rare and beautiful coupling of an indomitable mind and a sparkling imagination make for some of the most gripping writing on Christian thought a person could hope to read,” his argument can be boiled down to this: I believe in fantasies that seem undeniable to me because they self-evidently do.

Such an argument is only convincing if you’re already convinced of its conclusions, and even then not always.

I present this lead-in not to launch my own detailed review of Lewisonian apologetics of Christianity, but to introduce you to the writings of another atheist blogger who has read about Lewis far more widely than I have and who has some very wise and compelling opinions about this much-honored philosopher and writer.

In an August 7 post in his Godless in Dixie blog on the Patheos hub, titled “C.S. Lewis and the Art of Holy Deception,” Neil Carter dismissed Lewis as a kind of disingenuous theological poseur.

“I’ve been around the block enough times now to recognize the distinctive aroma of Lewis’s pseudo-intellectual anti-intellectualism, and I understand why the church still loves him so much for it even to this day,” wrote Carter, a deconverted evangelical Christian who is now an eloquent atheist.

It’s a long blog article, but in my view it’s well worth the time to read.

Here’s a passage in Carter’s post that compellingly characterizes knowledge as the power to better understand reality:

“It is finally dawning on me that, at this point in my life, I understand a few things better than Lewis did. I am not saying I will ever be as intelligent or as gifted or as articulate as this wildly successful author and professor was, but I am saying that I know things he didn’t know. For a former evangelical who once thought Lewis was the bees knees, that is a strange realization to ingest. … I find myself inundated with premature turns and hasty conclusions and inexcusable leaps of logic [in Lewis’ “argument salad”] that I never noticed before.”

Carter writes with the authenticity of someone who has been there and done that in the fundamentalist Christian world, and in fact, is more formally educated in the nuances of Christian theology than was Lews, who “humble-bragged” that he hadn’t been formally indoctrinated in Christian doctrine.

In conclusion, Carter dismisses Lewis as a kind of intellectual charlatan who only preaches to the choir.

“… Lewis … tries to persuade you to believe that a mind rightly used should naturally lead one to Christian theism specifically. If he wants to make that case for someone no longer committed to finding it true no matter what [like Carter], he is going to need go back and address some of the turns he took but never admitted out loud. Sneakiness isn’t a good look for those who say they are only after the truth.”

Thank goodness for the apostates who hold the self-styled modern apostles to account. 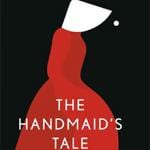 October 14, 2020 The elephant in Judge Barrett’s Senate hearing: Can she ignore God?
Recent Comments
0 | Leave a Comment
Browse Our Archives
get the latest from
Godzooks: The Faith in Facts Blog
Sign up for our newsletter
POPULAR AT PATHEOS Nonreligious
1 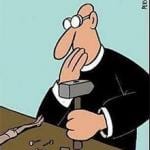