As religious populists flame out, so do political charlatans like Trump

As religious populists flame out, so do political charlatans like Trump October 31, 2020 Rick Snedeker

Unexpectedly, just days away from what is being characterized as the most momentous presidential election of our lifetime, I read a blog post about how religions perpetuate that further convinced me to vote for Joe Biden (as if I needed more convincing).

The post explained how research shows that when traditional religious groups’ doctrines and rituals become rigid and uninspiring — or offensive and disruptive — to their followers over time, and begin to fade in popularity, they are often dramatically revived by charismatic new leaders or ideas.

This same dynamic can be seen playing out in political history, including the politics of current United States President Donald Trump.

Way back in 2016, before the coronavirus pandemic and Trump’s election, the traditional American republican project — although most of us didn’t know it at the time — was under profound if broadly unnoticed pressure, especially in the nation’s conservative, rural enclaves.

But with Trump’s wholly unexpected election four years ago, we quickly realized that tens of millions of largely undereducated, white, conservative Christian and supremely traditionalist Americans were fed up with life in their long-ignored and neglected outbacks of the “American Dream” and hungering for a charismatic, combative strongman to deliver them from endlessly demeaning subjugation by the “elite.”

However, scientific data behind such abrupt populist political phenomena and their longevity cannot be seen as encouraging for Trump’s base. Such political rockets often fall as quickly as they soar (or even faster). Thus, betting on former vice president Biden, the far more staid but also tried and true candidate in the current election cycle, arguably promises a far more stable and lasting political reality going forward, data would indicate.

Think of populist firebrand Adolf Hitler, who in the 1930s over-excited the German people, still feeling the sting of humiliation from their catastrophic defeat in World War I, into launching yet another disastrous global war (World War II) to grab international power and regain lost glory and pride. Hitler was a meteor who quickly flamed out (and committed suicide), subsequently leaving far more stately and staid German governments in his wake over ensuing decades after Germany ignominiously lost World War II.

Regarding religious “populists,” the track record is also grim. For example, take fiery Italian reformist preacher Girolamo Savonarola (1452-1498) of “Bonfire of the Vanities” notoriety who rose to temporal and ecclesiastic power in medieval Florence by attacking the sinful corruption of Pope Alexander VI (who actually was corrupt) and the local political elite before being executed.

In the 21st century, we have Jerry Falwell, Jr., son of the charismatic founder of the so-named Moral Majority and Christian Liberty University (LU) in the 1980s, who was recently dismissed as president and chancellor of LU after a particularly sordid sex scandal involving both he and his wife (he has now sued LU for wrongful termination).

The ’80s and ’90s also had their share of religious scandals, including the fall of charismatic Praise the Lord televangelists Jim and Tammy Faye Bakker, whose fraudulent schemes sent Jim Bakker to prison for multiple felonies. And another charismatic televangelist, Jimmy Swaggert, whose was ultimately defrocked by the Assemblies of God in 1988 in a sex scandal involving prostitutes, and copiously wept on TV asking forgiveness. Then there were Christian faith-healer Jim Jones and his People’s Tempe, and End Times proponent David Koresh and the Branch Davidians. In 1978, Jones’ died along with some 900 of his followers, including children, in a ritual cyanide-laced Kool Aid poisoning (or murder by gunshot if anyone hesitated) at the cult’s compound in Guyana, South America. Koresh and 20 of his acolytes, including children (a 3-year-old was stabbed in the chest), died in a raging inferno at his compound in Waco, Texas, as federal authorities moved in to arrest him.

Now we have Donald Trump, whose denial of the magnitude and lethality of the coronavirus pandemic and of public-health precautions necessary to blunt it, has contributed greatly to the death of more than a quarter of a million Americans in the last eight months. And the worst spike in infections and deaths in the entire pandemic is now assaulting the U.S. on the eve of the election.

The polls and other data concerning the upcoming election appear to strongly indicate that the president, despite his rapid and unexpected rise to the citadel of American power, seems likely to be voted out on Nov. 3.

This follows the evidence-based trajectories of other populist risings, and falls, from Louisiana governor and then U.S. Sen. Huey Long, who was assassinated in 1935, to Arizona’s Barry Goldwater, whose rise to right-wing, anti-communist prominence as the GOP’s 1964 presidential nominee collapsed in a landslide election defeat to Lyndon Johnson.

I’m thinking about all this after reading Connor Wood’s interesting post titled “Religions as Complex Adaptive Systems” in his Science on Religion blog on Patheos’ online “Public Square” channel. Wood and his collaborator, Rich Sosis, published a chapter on a computer model exploring this vision in an edited volume, Human Simulation.

Wood writes that religions in themselves are not complex adaptive systems, but become so in a labyrinth weave of “ritual, authority structures, and obligations, as well as myths, norms, and taboos.” This means that populist leaders, as with charismatic religious icons, acquire their complexity by the exponential aggregation of people, rituals (e.g., chants of “Lock her up!”), authoritarian structures (e.g., total fealty demanded by the leader and cruel punishments of transgressors) and prohibitions (e.g., against acknowledging inconvenient realties: “The virus is going away.”).

Legitimacy is key to the survival of populist leaders, and when that sags so does the grasp on leadership and influence, Wood explains that research shows. Polling at the moment clearly indicates that a dominant majority of Americans now view President Trump’s populist message as illegitimate, mostly due to his catastrophically incompetent handling of the pandemic, and his manifold public lies that are easily fact-checked (now totalling more than 20,000 during his first term).

“Remember: a complex adaptive system’s goal isn’t to stay the same. It’s just to persist,” Wood asserts, whether it be religious or political.

The system bolstering the president appears to be in danger of imploding because his legitimacy stemming from an ethos of combative cultural grievance is sustaining only a minority of Americans, and offending the rest.

Joe Biden’s message of unity and love, on the other hand, appears to offer greater comfort to the nation and greater sustainability in the long run.

Unless the likely outgoing president decides to blow up the election with tricks and cheats when defeat is certainly nigh, I sense the outcome is already decided. 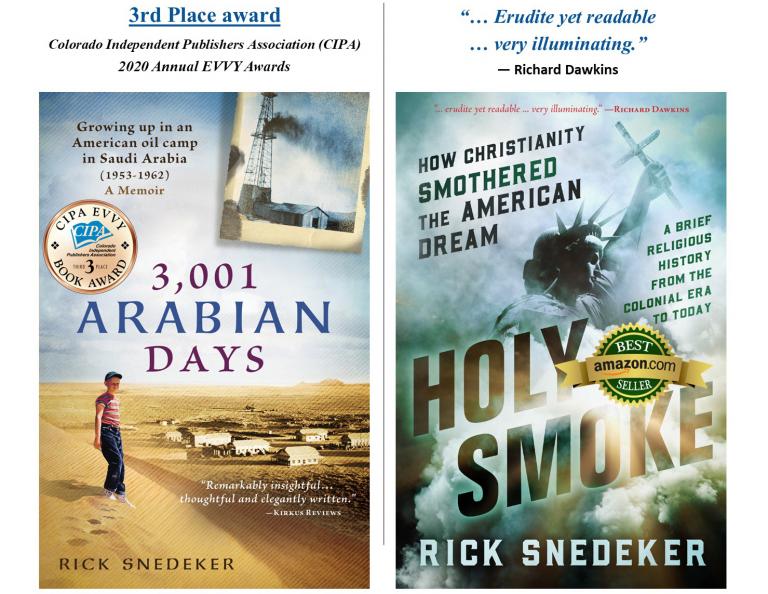 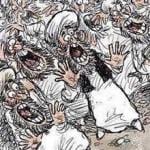 Nonreligious
How about a checks-and-balances tool for political deceitfulness?
Godzooks: The Faith in Facts Blog