Ideas Worth Sharing: What good is ‘freedom’ if it puts others at risk?

Ideas Worth Sharing: What good is ‘freedom’ if it puts others at risk? October 21, 2020 Rick Snedeker

Blogger’s note: Readers here are used to rather long treatises expressing my own opinions, which, I’m the first to say, aren’t infallible. Of course, I always honestly try to make each post well-considered and fair, but there’s lots of writers out there much smarter and better-informed than I who I believe you deserve to hear from. So here’s the first post in a hopefully continuing series of articles I’m calling “Ideas Worth Sharing.” Within them, I trust you might find better stuff than you get just from me. Thanks, as always, for reading.

During this seemingly endless coronavirus pandemic, there’s been a lot of loose talk by many right-wing Americans about “freedom” and “liberty.”

Such as the freedom to not wear masks, even when virtually every globally recognized epidemiologist and (non-politicized) public-health official in lockstep insists that masks, perhaps even more than longed-for-but-yet-to-be-approved vaccines, are the most important public mitigation tools available to combat the current pandemic (even the head of the federal Centers for Disease Control says so). (Note to anti-intellectual Trumpers: epidemiologists are medical experts in diseases, particularly pandemic ones. Thus, trust that they know lots more than you do about the subject.)

Or, as some citizens are wont to profess, freedom means they must be allowed to worship in person at church, even when virtually every epidemiologist and non-politicized public-health official in lockstep insists that crowded gatherings of many congregants in churches are potential virus “superspreader” events to be scrupulously avoided (and sometimes even temporarily outlawed). To whine that sometimes “Black Lives Matter” protesters don’t wear masks is just silly; most of them usually do, because blacks are far more susceptible than whites to Covid-19’s worst effects, and they’re not stupid.

Thus, an American public-health crisis has become a fraudulently politicized one. The virus could care less what your politics are, only what your behavior is, favoring any actions that make Covid-19’s strategy easier in jumping from human host to human host to spread its misery as widely and uncontrollably as nature might allow. To make it a political equation is to needlessly put millions upon millions of Americans at risk of tormented suffering and death. Does anyone seriously believe that serious public-health officials would politicize human misery? Of course not; but Donald Trump would, and does. 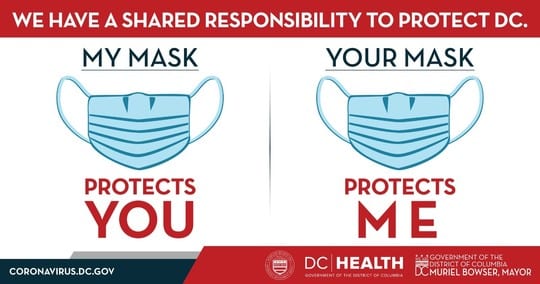 So, the question today is whether true personal “freedom” or “liberty” in the United States of America should be constitutionally accommodated if it almost certainly will end up harming others. And whether that is what “freedom” fundamentally is or should be.

Which brings me to the smarter and better-informed commentators than I am that I mentioned above, including New York Times opinion writer Michael Tomasky. His Oct. 17 op-ed piece, titled “There’s a Word for Why We Wear Masks, and Liberals Should Say It,” speaks of freedom eloquently and forcefully. I highly recommend you read it, if you can get past the pay wall.

The other smarter, better-informed person I’m referencing in this post is 19th century English philosopher and economist John Stuart Mill (1806-1873), who Tomasky characterizes as “one of the key authors of the Western concept of Freedom.”

In his classic tome On Liberty, Mill asserted that “freedom” means:

“… doing as we like, subject to such consequences as may follow, without impediment from our fellow creatures, as long as what we do does not harm them even though they should think our conduct foolish, perverse or wrong.”

Tomasky says that standard definition of the term is “more colloquially expressed” in this more contemporary adage:

“Your freedom to do as you please with your fist ends where my jaw begins.”

Indeed, true freedom and true liberty are more about collective responsibility toward others in a free society than about any unbridled freedom to indulge one’s individual impulses.

So, in Mill’s and Tomasky’s view of responsible, empathetic “freedom,” the maskless hordes at Trump political rallies and at scofflaw American churches, thumbing their noses as rational, scientifically confirmed necessities to combat the virus — which has killed nearly 220,000 of their countrymen, and counting — are ethically and morally wrong.

I keep seeing Trump supporters interviewed by TV reporters saying things like, “I’m an American. If I don’t want to wear a mask, I don’t have to.”

As if freedom has no guardrails whatsoever, even ones that undeniably lead to much less suffering and far fewer deaths among fellow citizens.

Is this profoundly selfish conception of “liberty” what most Americans actually treasure?

I sure hope not.

“Freedom emphatically does not include the freedom to get someone else sick. It does not include the freedom to refuse to wear a mask in the grocery store, sneeze on someone in the produce section and give him the virus. That’s not freedom for the person who is sneezed upon. For that person, the first person’s ‘freedom’ means chains — potential illness and even perhaps a death sentence. No society can function on that definition of freedom.”

Tomasky asserts, and I agree, that the political Right has in large degree co-opted the term “freedom” in recent years, giving it a selfish, uber-capitalist edge. But true liberty is much more than doing what you want when you want. It also assumes a deep responsibility to others.

So always consider whether what you want to do will likely hurt others. As a rule of thumb, if it does it’s not freedom; it’s assault.

October 19, 2020
Have U.S. public institutions collapsed? No. But they’re collapsing.
Next Post

October 23, 2020 What exactly does ‘save’ refer to in the Bible? Not a JPG, I suspect.
Recent Comments
0 | Leave a Comment
"If the radical religious keep it up their insanity/unreasonableness, we'll be like European secular countries ..."
Kaja Christian pundit derides Trump ‘nonsense’ yet ..."
"i suspect he got into stanford at least in part due to legacy preferences [i.e., ..."
Griff Pryce Sen. Hawley saluted Capitol mob to ..."
"Found this site as I’m reading “Holy Smoke”. I live in “the great unwashed masses ..."
T.Sauce Sen. Hawley saluted Capitol mob to ..."
"Zero support for mother or baby before or after birth. But pregnancy is loved as ..."
Jim Jones Sen. Hawley saluted Capitol mob to ..."
Browse Our Archives
get the latest from
Godzooks: The Faith in Facts Blog
Sign up for our newsletter
POPULAR AT PATHEOS Nonreligious
1