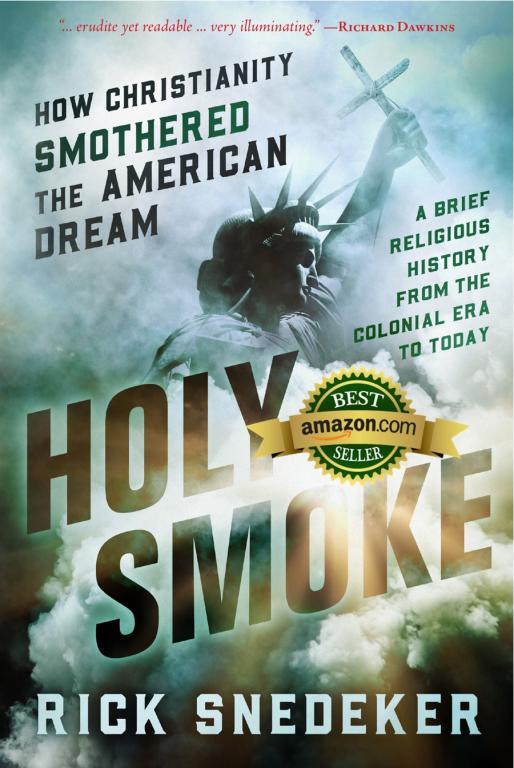 The book traces Christianity’s roots in the American experience starting in the colonial era (and arguably before), and how the faith has embedded so deeply in the fabric of U.S. culture over centuries that it has corrupted the Founding Fathers’ intent to create a nation ruled by rational, secular governing principles inspired by the Enlightenment.

The Founders’ intent was to keep religion out of government and avoid the coercive, undemocratic influences of faith over the body politic. It hasn’t turned out that way, as the current administration tries to shove the nation toward theocracy.

I self-published Holy Smoke in February in conjunction with New York City-based independent publisher Station Square Media. My editor is Janet Spencer King, also of New York City. It is my second book. My first, 3,001 Arabian Days: A Memoir, was published in 2018, and earlier this year it earned a 3rd Place award in the travel/outdoors category in the Colorado Independent Publishers Association (CIPA) 36th annual literary competition. 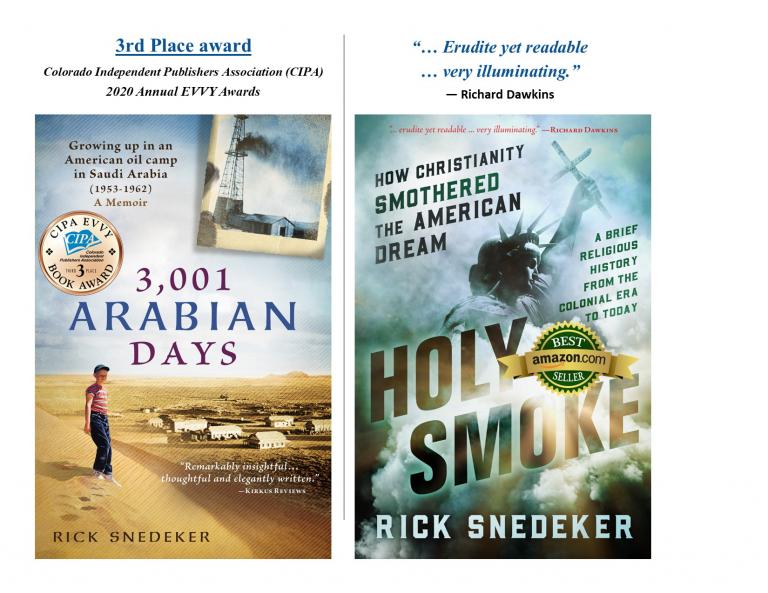 October 29, 2020
How is Trump’s Covid dereliction not a ‘crime against humanity’?
Next Post

October 31, 2020 As religious populists flame out, so do political charlatans like Trump
Recent Comments
0 | Leave a Comment
Browse Our Archives
get the latest from
Godzooks: The Faith in Facts Blog
Sign up for our newsletter
POPULAR AT PATHEOS Nonreligious
1