The elephant in Judge Barrett’s Senate hearing: Can she ignore God?

Watching U.S. senators speechify at Amy Coney Barrett’s Supreme Court nomination hearings in the Senate this week, the headlock in which religious privilege continues to grip the nation became ever more apparent to me.

It’s not that Judge Barrett’s uber-devout Catholicism was never mentioned at the hearings but that senators only alluded to it in oblique, carefully worded terms that uniformly — on both sides of the aisle — neglected to note its potentially earth-shaking consequences for our society if the Senate confirms her nomination, a virtually assured result. And that her religious views, as all religious views, are totally based on fantasies.

The reason for such carefulness is two-fold: (1) the unearned and oversized deference that religion is afforded in American society by “virtue” of the Constitution’s religious-freedom protections, and (2) the political risk to senators of being accused of “religious bigotry” just by questioning the demonstrably extreme ardor of a nominee’s faithfulness, much less his or her particular religious brand.

So, nobody at the hearing asked Barrett this reasonable (if made-up) question:

“Your past writing and public statements reveal that you are passionately, even radically pro-life and that you yearn for a judicial system that concurs. You’ve also written that ‘the Bible precedes the Constitution,’ indicating a deference to scripture over temporal law. If you believe God tells his faithful that abortion and same-sex marriage are mortal sins and abominations, how would that effect your thinking and decision-making in deciding cases attacking Americans who are appropriately pursuing those rights, which judicial precedents now hold are legal?”

In other words: Can she when deciding legal cases ignore the “dogma” that “speaks loudly within her,” in the words of California Sen. Diane Feinstein. Which is to say, can she ignore what she believes to be God’s will to accommodate the nation’s?

However, Mrs. Barrett would not have answered the above question even if asked, as she didn’t answer similar questions at the hearing about how she might consider cases as an associate Supreme Court justice. She contends that the ethical protocols of the legal profession preclude her from answering what she might do in hypothetical cases.

Fair enough, I guess, in terms of what has been the traditional, tight-lipped decorum of high court nominees when grilled by senators. But the problem with Judge Barrett’s nomination, specifically, is how her fervent Catholic faith might affect her decisions as Justice Barrett — decisions that would fundamentally affect every American.

This timid deference to religion, which absolutely infects everything related to government where it is inserted, is untenable and needs to change. Just as there’s no reason any American shouldn’t be able to criticize any other American’s private religion or beliefs, there certainly should be no prohibition on senators openly questioning how a high court nominee’s faith might affect their future rulings that would have enormous public consequence. Or their atheism, for that matter. Both are hugely germane, and the public has a right to know.

Yet, “religious freedom” has been corrupted over time to mean to many conservatives that no American can ever be forced to do anything that conflicts with the doctrines of their beliefs, even if it blocks the rights of others or even breaks laws. And, inexplicably, it’s become culturally taboo to publicly criticize Americans’ religious beliefs. However, if that logic were actually valid, heeding traffic signals would be voluntary and not mandatory.

Religious freedom exists, as the Founding Fathers clearly intended, to block any one faith from commandeering government and coercing the entire population to adopt it in lockstep. So today no one can stop anyone of any faith from standing for election or serving in government just because of the religion the ascribe to. As it should be.

That makes sense broadly. But there are practicalities at times that need to be addressed, and should be addressed. For example, during the presidential campaign of John F. Kennedy, the first Catholic nominated to the office, many Americans were viscerally worried that Kennedy’s allegiance would be to the Pope rather than the American Constitution and rule of law — and they voiced those concerns out loud. Kennedy, unsurprisingly, said the Pope would have zero influence on his decisions as president, and the problem mostly went away. In fact, the current Democratic presidential candidate, Joe Biden, is a practicing Catholic, and few seem to care.

The point is, religious should not receive special, kid-glove treatment in politics or any other public sphere, despite religious freedom being an American fundamental. Such “freedom” shouldn’t mean it’s a hands-off topic, just as when someone is a Marxist or Socialist or Q-anon aficionado shouldn’t be. All those ideologies can affect how people think and behave. What you believe is not the issue; how your beliefs may unduly affect your public duties is.

To be fair, senators questioned Barrett about the process she has used in general to decide certain ticklish legal issues, and she talked about employing “discipline” to keep her biases out of her decision-making and sticking strictly to the Constitution and.

And that was interesting. But we still don’t know how (or if) she would be able to bridle a Catholicism that seems as robust as that of Attorney General Bill Barr, who has been running around giving official public speeches lamenting supposed “militant secularism” in the land and the need to re-establish a Judeo-Christian theocracy to repel it. Or of the late Justice Antonin Scalia, for whom she clerked and whose ultra-conservative “originalist” judicial philosophy and devout Catholicism she emulates.

Americans in our democracy have a right to know how likely the religious beliefs of their elected officials and the judicial officials they nominate may spill over and corrupt their public decisions and policies.

Right now, GOP senators would have us believe, we not only don’t have a right to know but not even to ask.

What this means to me is that elected and appointed public officials’ simply cannot be quizzed about their religious imaginings — superstitions all, it must be emphasized. So they are culturally shielded from accountability for the received inventions in their minds.

It’s not a level playing field. Trust me; if an alleged atheist were to run for president, the first question that would be asked by the Christian Right (which includes most of the Senate), would be how they could ensure Americans their godlessness would not destroy the republic.

These new hearings remind me that we need to stop this charade of religious privilege as if it’s necessary.

Americans can subscribe to any faith they want (or no faith) and not be discriminated against just because of their supernatural or wholly objective beliefs. Of course. But we should all be accountable to explaining how our essential beliefs — religious or otherwise — will inform our public duties if we are elected or appointed to a public trust.

Amy Coney Barrett should ignore the precedent of previous high court nominees and speak openly about her faith and how it might not — or might — fundamentally affect her thinking and decisions as a justice on the Supreme Court.

Otherwise, it’s just an elephant in the room that continues to pervert the democratic process. 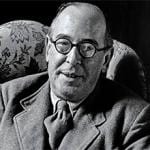