The ‘White Knight is talking backwards’ as the slaying virus spreads

I love the late English philosopher Bertrand Russell (1872-1970). He made sense.

The gist of his famous teapot analogy, in my view, should be continuous required reading in every primary and secondary class in every grade in America:

“I ought to call myself an agnostic; but, for all practical purposes, I am an atheist. I do not think the existence of the Christian God any more probable than the existence of the Gods of Olympus or Valhalla,” he once wrote. “To take another illustration: Nobody can prove that there is not between the Earth and Mars a china teapot revolving in an elliptical orbit, but nobody thinks this sufficiently likely to be taken into account in practice. I think the Christian God just as unlikely.”

His point is there’s no reason to believe anything that lacks evidence — and that the burden of proof for any hypothesis should fall exclusively on its proponents alone when the proposal is unfalsifiable, which is to say lacking any objective evidence to confirm its truth or actuality in reality, or not.

Yet Christian apologists for centuries have refused to challenge their surreal, unfalsifiable faith if others can’t objectively refute it. Because their faith leaders tell them it’s all true, they believe it, contrary to a complete lack of evidence.

In the same way, but in reverse, followers of U.S. President Donald Trump believe America is, as he insists, currently “rounding the corner” on the coronavirus pandemic, while, in fact, new cases are demonstrably surging to record levels, along with hospitalizations and deaths. They believe this despite an Everest of objective evidence to the contrary.

By denying the reality of the raging pandemic, the president is attempting to render his denial of it unfalsifiable, urging Americans to ignore objective data to the contrary and blindly trust what he believes — as religious leaders are wont to ask of their devotees.

It’s an emotional not a rational appeal, playing on his supporters’ positive feelings and trust toward him to distract them from a negative, conflicting reality that reflects badly on their champion (and mortally threatens them).

It’s as if Russell saw into the future and prophesied the current American election cycle.

Regarding the Nov. 3 election still being quixotically contested by Mr. Trump, the president’s supporters are substituting the emotion of grievance for contrary facts to dismiss the reality of his defeat and the true accusation that their leader continues to drag the the country into a dark, deep rabbit hole, where because of unconscionable federal inaction (at Trump’s insistence), a deadly and worsening pandemic is sickening and killing far more Americans than it otherwise would.

President Trump’s insistence that the pandemic will “disappear … like a miracle” is a betrayal of their trust, but because his acolytes are enthralled with him, they are apparently incapable of seeing the lie.

In the faith-based way most of the president’s minions believe in God (as Republicans generally do), they also believe in “The Donald” and whatever patent nonsense he disgorges.

To their peril, and ours.

(P.S. The “The White Knight is talking backwards” phrase from my headline comes from the 1960s Jefferson Airplane song, White Rabbit.) 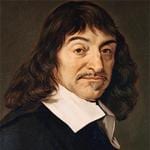 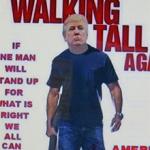