Forget ‘norms’ and ‘guardrails.’ Only laws can constrain presidents.

My eyes glaze over now and my head starts to droop every time I listen to Americans who have ostensible power or authority — renowned mainstream media pundits, elected lawmakers, the so-called “intellectual elite,” etc. — whine about how President Trump and his minions constantly and egregiously violate the nation’s time-honored cultural “norms,” and how there’s nothing anyone can do about it. Especially when even U.S. Republican senators won’t demand it of their party’s authoritarian “grand dragon.”

The reason these leading lights are so impotent in the face of these transgressions is that norms aren’t laws, that they lack the legally codified requirements and, especially, consequences, that laws demand.

But more fundamental to how a society’s traditional norms differ from laws is that their authority is derived solely from unwritten public consensus over long time and the voluntary acceptance of a dominant majority of the populace. For norms to be effective controllers of behavior, the citizenry as a whole must believe that they are, in effect, sacrosanct and must be strictly honored because they perpetuate the best of a nation’s ethos and protect citizens from their worst our impulses.

But what if a leader without shame, like Donald Trump, just simply chooses to ignore these cultural signposts — and the potential rigorous public shaming that gives them authority? What then? At the moment, apparently, nothing can stop such predatory cultural destruction short of the ballot box.

Such fundamental ethical values (largely derived from the Christian Bible), which for centuries were primal norms in American cultural life before Donald Trump’s political advent, include:

“Believing with you that religion is a matter which lies solely between Man & his God, that he owes account to none other for his faith or his worship, that the legitimate powers of government reach actions only, & not opinions, I contemplate with sovereign reverence that act of the whole American people which declared that their legislature should ‘make no law respecting an establishment of religion, or prohibiting the free exercise thereof,’ thus building a wall of separation between Church & State.” [Jefferson was referring to Congress and not state legislatures, but U.S. courts have ruled that the separation applies also to state legislative bodies.]

My point in all this lead-up is that the current president of our democratic American republic has violated every one of these norms — carelessly, flagrantly, egregiously and chronically.

Look them up (he has rarely tried to hide the amoral, unethical injuries and mendacities he has heaped on the American people). He merely denies culpability despite obvious evidence to the contrary. Like that he actually won the 2020 presidential election (he didn’t) because of rampant electoral fraud (there wasn’t any).

Note that, whereas he may have committed actual crimes (and manifestly has, including abuse of power), most of his most obvious transgressions have been of norms — cultural and political “guardrails” that ensure proper, efficient and honorable exercise of government. But norms are toothless, and violators generally cannot be formally indicted in courts of law.

For example, the president has violated tenets of compassion by separating immigrant children from parents at the southern border; violated generosity by withholding federal funds from the needy; violated faith by aggressively trying to embed evangelical Christianity and policies in the federal government and enforce them on the nation; violated essential honesty and fealty to truth by publicly uttering or tweeting more than 20,000 bald-faced, fact-checked lies and misrepresentations in his four years in office; and utterly failed to conduct himself with respectable grace and honor as the so-called “leader of the free world,” by embracing adversaries, denouncing allies, junking multinational treaties, trashing the World Health Organization and denouncing NATO, all for sophomoric reasons. Not to mention exploiting his office to enrich himself and his businesses and friends in million-dollar-plus emoluments (formally ill-gotten gains). Or congratulating U.S. neo-Nazis as “very good people.” Or bribing the president of the Ukraine to investigate Trump’s arch-nemesis, Joe Biden, purely for political gain.

Yet, it appears nothing can be done besides voting him out of office — a fraught and perilously lengthy process, under the urgent circumstances?

Why doesn’t this fall under the constitutional requirement that presidents must “faithfully execute” their public office and “preserve, protect and defend the Constitution”?

With a new administration starting in 2021, we have a chance to enact new laws to replace flaccid norms that currently only expect our presidents to voluntarily behave with rational fidelity to objective truth and law, honesty, compassion, generosity, separation of church and state, and the inherent saving grace necessary to nobly represent American values in the nation and world.

At least 80 million Americans are bone tired of watching the honor of our amazing nation continuously fouled by a leader who infects everything good about us with selfish, cynical, callous bigotry. Let’s make it much, much harder — even impossible — for future presidents to so embarrass and endanger us. 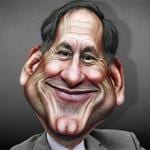