A potentially transformative statistic —  82.7 percent — jumped out at me this week as I read a report issued earlier this month on American Atheists’ (AA) landmark 2019 study, The Tipping Point Generation: America’s Nonreligious Youth.

That is the percentage of 3,421 nonreligious youths (age 18-24) participating in the study who were registered to vote. It’s significance is startlingly evident when compared when the percentage of all Americans who have voted in the last 120 years, excluding the 2020 presidential vote, ranging from a low of  60.1 percent (2016) to a high of 65.7 percent (1918). A record 66.2 percent of the overall electorate voted in 2020.

The 82.7 percent statistic, showing 2020 youth voter registration exceeding overall election turnout by a remarkable 22.6 points, indicates that American youths are decidedly more politically focused than their elders in the population. This indoubtedly is a very bad omen for the Republican Party and its core Christian evangelical and nationalist supporters.

Consider that more than a quarter of Americans (27 percent) by 2017 identified as “spiritual but nonreligious” (up from 19 percent in 2012), and another 18 percent (up from 16 percent five years earlier) said they were “neither religious nor spiritual,” according to Pew Research Center data. On the other hand, during that same period, the proportion of Americans who identified as “religious and spiritual” plunged from 59 percent to 48 percent, Pew reported.

This trendline away from religious focus in the United States, particularly stark among young people (who will likely one day beget mostly nonreligious offspring, if history repeats), strongly indicates a transforming U.S. political landscape, as well. Going forward, American voters can expect to see an increasingly nonreligeous electorate, since American “religious and spiritual” folks, who for centuries have comprised the dominant white Christian segment of the population. Believers are rapidly losing their demographic and faith majorities to surging national ethnic and religious (and nonreligious) diversity — particularly among the burgeoning ranks of voters apathetic or even hostile to religion.

“Some people may see the term “spiritual but not religious” as indecisive and devoid of substance. Others embrace it as an accurate way to describe themselves,” Pew wrote in a report on the 2017 survey. “What is beyond dispute, however, is that the label applies to a growing share of Americans.

AA’s youth survey notes that today’s 18- to 24-year-olds comprise “the most nonreligious generation in the history of the United States.” Ninety percent identified as very or somewhat religiously unaffiliated, 53.7 percent as “primarily atheist” or agnostic, and respondents voted “overwhelmingly” for Joe Biden in the 2020 presidential election. Trendlines indicate those numbers are likely higher now overall among young people.

Two important distinguishing characteristics of this unprecedented subgroup of young people is that they are politically passionate in particular areas, and many have experienced long-term discrimination and social persecution in America due to their rejection of traditional faith, mostly Christianity.

AA reports that these older members of the so-called Generation Z (Americans born between 1997 and 2012) are politically focused on “maintaining secular public schools, protecting youth from religion-based harm, and protecting the environment and addressing climate change.”

They also carry a bit of a chip on their shoulders regarding faith, with 36 percent, in educational settings,  reporting stigma and discrimination from religious people and organizations due to their secularism, 20.8 percent in mental health services, 15.4 percent in private sector jobs, 12.2 percent from public businesses, and 13.3 percent in accessing public services, the Tipping Point survey indicates.

“It is true that the U.S. is becoming more secular. But this is a process marked by pockets of intolerance and reactionism, a growing skepticism of basic civil rights protections, and a national discourse that favors the religious interests of a few powerful groups over the lives and well-being of everyone else. This is the America that nonreligious young people are growing up in, that they will one day inherit. We hope that this brief will shine a light on how America’s religious culture has shaped these youth and how, in turn, they will shape its future.”

Parents of secular youths, it turned out, are a surprisingly negative phenomenon, according to the survey. The editors reported:

The perceived need to conceal manifests in increased mental health vulnerabilities such as loneliness and depression, the study showed.

America’s nonreligious youth will continue to wade against strong social and cultural undercurrents in the future, the survey warns:

“It is increasingly clear that Christian nationalists, and those who would like to upend America’s traditional guarantees of religious equality, target young people with religiously coercive laws and policies. Laws requiring schools to have ‘In God We Trust’ displays in every classroom, requiring schools to offer Bible classes (too often taught in an unconstitutional, devotional manner), providing special privileges to religious groups, or encouraging schools to ‘release’ students to attend religious services during the school day, are intended to introduce religious symbolism into school, normalize Christian nationalism, and ostracize or indoctrinate religious minorities and nonreligious students.”

But the main takeaway from this survey for skeptics and believers alike should be that young people today are far more nonreligious than not only their parents but all historical generations of American young people. Their politics clearly reflect this, as illustrated by their massive support for Democratic President-elect Biden. The GOP is already very alarmed.

It’s only going to get worse in the future, or better, depending on your political preferences.

The point is, the heathen kids vote left. 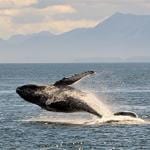 December 18, 2020
Whales are intelligently designed — thanks to evolution, not 'God'
Next Post 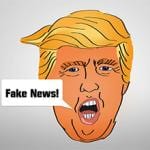 December 24, 2020 To hell with ‘free speech’ if it allows nightmares like we now endure
Recent Comments
0 | Leave a Comment
Browse Our Archives
get the latest from
Godzooks: The Faith in Facts Blog
Sign up for our newsletter
POPULAR AT PATHEOS Nonreligious
1