Trump supporters voted for a biblical king, not an earthly president

A 2019 Emory University master’s degree thesis in theology reiterates a disturbing reality already apparent then and now even more so: that evangelicals blindly supported Donald Trump for president in 2016 despite his myriad deep flaws because they viewed him as the God-sent reincarnation of a model biblical ruler.

The conclusions of the thesis by Cale Robert Hall — titled “The Theological Reason behind Evangelicals’ Support of Trump and the Emerging Theology of Leadership Coming from the Trump Base” — are as clear as the title is opaque.

Hall concludes that evangelical voters almost messianically embraced Trump because they imagined him as a cross between modern-day iterations of two ancient rulers, King David and Cyrus the Great. David is said to have united all the tribes of Israel under his rule a thousand years before Jesus Christ’s birth and death, but he also embodied a very flawed moral character. Cyrus II (born 590-580 BC) founded the Achaemenian empire, centered on Persia, and “became the epitome of the great qualities expected of a ruler in antiquity, and he assumed heroic features as a conqueror who was tolerant and magnanimous as well as brave and daring,” according to the Encyclopaedia Britannica.

History confirms the actual existence of both rulers, but information is especially thin on David, who plays an oversized role in the Bible that is widely considered a story of legend more than history. Cyrus is mentioned 23 times in the Bible.

What’s important about such fantasies in the context of this nonreligious blog is how they deeply informed conservative Republican politics as they evolved into the Trump era, but also how supernatural religious faith based on ancient books believed sacred can fundamentally distort, even dangerously compromise, voters’ political opinions and decisions today. And how they can even deform believers’ perception of everyday reality.

Keep in mind that when Trump supporters, who are disproportionately white nationalist, evangelical Christians, invaded the U.S. Capitol on Jan. 6, they thought they were carrying the banner not of a misanthropic, bigoted charlatan (which, in fact, was what they were doing) but of a God-delivered champion who would conquer the pro-choice, secularist horde and seize control of the nation from them in God’s name. Because the November election was “stolen” from Trump, right? Not in the real world.

Hall’s thesis tried to better understand why evangelical fundamentalists so enthusiastically and broadly voted for a presidential candidate not only manifestly impious and at best marginally Christian but also extravagantly and unapologetically amoral.

“Interviews with members of Trump’s base of supporters … and analysis of their responses showed that many of them viewed Trump as a leader appointed by God to subdue the evangelicals’ political enemies,” Hall wrote. “They likened Trump to King Cyrus, the pagan who liberated the Hebrews.  Trump’s character and moral failings aside, evangelicals admired him for his willingness to attack their political opponents.”

Supporters viewed Trump, then, as a miracle of deus ex machina (God from the machine) — “a person or thing that appears or is introduced into a situation suddenly and unexpectedly and provides an artificial or contrived solution to an apparently insoluble difficulty,” in Encyclopaedia Britannica’s definition.

Hall explains that the Trump phenomenon can only be understood in terms of “a new theology of leadership within a framework of political theology.”

“… on the one hand, evangelicals would typically distance themselves from a loud, brash, boldly unapologetic candidate who had a record of infidelities in his past, indulged in “locker room talk,” and was hardly known for being a Church-going Christian. Yet after many evangelicals’ preferred candidate, Ted Cruz, lost the primary to Trump, the evangelical supporters who had not already come around to promoting MAGA (“Make America Great Again”) now threw their weight behind the contentious celebrity, justifying their support by noting the former reality show host’s appealing elements—such as his support of families, the working class, protecting America’s borders, standing with Israel, his status as an outsider (and thus a serious threat to the Establishment), and even his political incorrectness, which was seen by many as a virtue.”

Still, even after the Capitol insurrection, which he personally inflamed, 62 percent of white evangelical protestants “expressed favorable views of the president” (3 percent more than in a November poll), the Christian Post reported, and the Senate appears poised to not convict the former president of the sole impeachment charge, because GOP senators are fearful that Trump’s base would punish them for it in the next election. After all, more than 74 million Americans voted for Trump in the 2020 election, if in a losing cause to a historically unprecedented Democratic turnout in support of Joe Biden.

However, conservative coddling of Trump may be eroding from his previous standard approval ratings in the high 80s among Republicans. A new Pew Research Center poll conducted after the Capitol attack indicates that startling events of the last few weeks “are finally starting to weigh on Republican voters,” Vox reported.

“The poll shows Trump with a disastrous 29 percent approval rating among US adults,” the Vox article points out. “Notably, this rating, the lowest of his presidency, appears to be driven in large part by a significant minority of Republicans who have lost faith in the president. Only 60 percent of Republicans approve of Trump, a stark drop from previous Pew polls.”

To the minds of his opponents, the real mystery is why it has taken this long for Trump’s supporters to finally realize that “the emperor has no clothes.”

Hall’s thesis was published before the 2020 election, when Trump’s support from his base was still sky high, and his political opponents were mystified by that reality in the face of his many and florid transgressions.

“While political analysts and pundits continue to debate the precise reasons for this unwavering support, the research also showed that there is no real mystery involved at all but rather a clear-cut primal connection between Trump and his base that is founded on the same attributes that attracted these voters to him in the first place,” Hall concluded.

The “primal connection” was religious and supernatural in nature, and American voters need to better understand that irrational tendency among voters to be ready to effectively respond when it emerges again.

We failed miserably in 2016 and almost again in 2020, even as “The Donald” once again proved his own worst enemy. 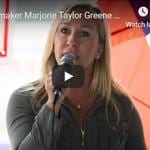 January 29, 2021
Bibles are not required for oaths. Ignore whatever Rep. Greene says.
Next Post 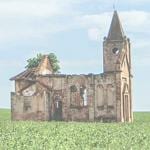