Bishop has it backwards. Bigotry the ‘root’ of U.S. woes, not atheism.

Of course this guy — Joseph Strickland — lives in Texas, the American capital of down-home contrariness.

He’s an uber-conservative Catholic bishop, a Covid-19 anti-vaxxer (for bogus, abortion-related reasons even Pope Francis doesn’t support), a partisan who has said “You can’t be a Catholic and be a Democrat,” and a religious bigot who believes “the root of our problems is atheism.”

How do people with such low attitudes rise to such high office? Of, wait, I forgot the 45th president for a second there. Unsurprisingly, Bishop Strickland is from Texas, the land of Ted Cruz, the senator who still says he believes massive fraud stolen the 2020 election from Donald Trump, and who blithely went on holiday to Cancun while cold-snap caused power outages ravaged Texas communities (and then publicly lied about his Mexico getaway). Oh, and he tried to overturn the election results, too.

However, because this is a nonreligious blog, I’m less concerned about Cruz than Strickland, and his unrepentant bigotry and mendacity, both of which are un-Christian (despite what Hitler’s Nazis and the KKK insist). I know, because I used to be one — a Christian, not an authoritarian white supremacist liar.

Bishop Strickland, the first native East Texan to lead the 33-county Roman Catholic Diocese of Tyler, Texas (he was appointed by Pope Benedict XVI on September 29, 2012), has been somewhat in the news of late due to some boneheaded comments in a recent episode of his The Bishop Strickland Show and related tweet. For example, he said this below while claiming that atheism is way worse than racism:

“We are worried about the wrong ‘ism.’ Racism is immoral and should be shunned, but the root of our problems is ATHEISM. Let us repent of our sins and humbly return to God. If we do this, racism and every other ill that plagues our society will fall into dust. We must address this root!”

What he’s saying is, godlessness is the boogieman of existence. Forget Black Lives Matter and everything in American history that led to it, and all that other inconsequential stuff.

“… ‘If we don’t believe in God, we really don’t believe in our own value,’ [Bishop] Strickland] states, which is being made in the image and likeness of God. His excellency says that with that one tweet he received many angry responses, which shows that too many people are ‘vehemently opposed to the idea of religion.’”

The good bishop also asserts, Lifesite notes, that for atheists ethics “‘becomes really meaningless,’ not only because a lack of belief in God rejects the truth that the soul is bound for eternal life, but that our mission in life is only about gaining every material good in the world.”

Of course, that’s invented nonsense. For one thing, it is a wholly unsubstantiated assumption, not a “truth,” that we have souls at all much less ones that are “bound for eternal life.” And I would argue that atheists, as opposed to supposed Christians like Strickland, are far more ethical in their lives and seek material gain no more or less than most folks.

Atheists do not need fear of a vengeful Old Testament god to do good, or of a benign if invisible New Testament diety. Its part and parcel of humanist, secularist understanding of how human beings should behave to accommodate more just, peaceful and equitable societies.

What ecclesiastic prelates like Strickland don’t seem to understand is that human morality is not determined by supernatural forces. It’s inborn, embedded in our DNA. It’s all too human, layered over eons of biological evolution. We don’t need a cleric to explain it. We feel it. Naturally. Which, of course, does not mean we’re all saints. But we all have a pretty good idea how saints should behave, even when we fail to.

So, I’d say that atheism, far from being the “root of our problems,” offers a realistic, evidence-based path to resolving the self-perpetuated racism and religious bigotry that now divides the nation.

For starters, critical thinking leavened by evidence should be applied to misinformation and disinformation being peddled by the likes of Bishop Strickland regarding Covid-19 vaccines. The Catholic website The Pillar reported:

“On Jan. 21 [Strickland] tweeted that ‘ANY vaccine available today involves using murdered children before they could even be born. I renew my pledge. … I will not extend my life by USING murdered children. This is evil WAKE UP!’”

In fact, as I noted in my March 14 Godzooks post, no fetal cells were used in development or production of any Covid-19 viruses — Moderna, Pfizer or Johnson & Johnson — and no such cells are present in the vaccine. However, some “fetal cell lines” derived from elective abortions from the 1970s and 1980s, and reproduced en masse, were used in testing leading up to development of these vaccines (to see if human cells would produce a necessary spike protein efficiently) but none in the development and manufacturing phase, explained a report by WCNC television in Charlotte, North Carolina. In the article, Dr. William Moss, executive director of the International Vaccine Access Center at Johns Hopkins University, strongly emphasized:

Nor does the Johnson & Johnson vaccine.

The Vatican concluded that, weighing the “remote” cons versus the enormous pros, it would be “morally acceptable” for Catholics to take the vaccines.

In Texas, apparently, some clerics believe they know better than the pope and would rather have tens of thousands more Americans suffer and die than use a vaccine attended by even a faint whiff of abortion.

I’d say that in this case, belief in God, not atheism, is more the root of the problem. 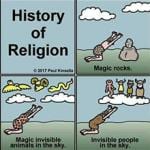 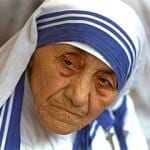 March 16, 2021 18.5% of hospitals are faith-based. That’s OK, unless you’re dying.
Recent Comments
0 | Leave a Comment
Browse Our Archives
get the latest from
Godzooks: The Faith in Facts Blog
Sign up for our newsletter
POPULAR AT PATHEOS Nonreligious
1