Wisconsin Catholic Bishop Raymond Burke, a lofty cardinal in the Church and a virulent vaccine skeptic, ironically was hospitalized on August 14 after contracting Covid-19. By Aug. 17 he was reported to be on a ventilator and in “serious but stable” condition but was reportedly off the ventilator by August 23.

He was subsequently moved from the intensive card unit to a regular hospital room, according to a report in the National Catholic Reporter.

It is not known if the 73-year-old cardinal has been vaccinated for Covid, one of many American vaccine deniers who have declined to publicly acknowledge whether they’ve been vaccinated — and thus choosing to withhold information that could motivate others to get vaccinated to protect themselves and others.

I find it morally disorienting to note how frequently supposed elite exemplars of Christianity, like Cardinal Burke — until 2014 the second most powerful prelate in the Roman Catholic Church — routinely believe, say and do clearly irrational, ignorant, immoral things (or refuse to speak out against clear and present dangers) that put innocent people at physical and psychological risk, and even themselves.

How un-Christian is that? What a betrayal.

In Cardinal Burke’s case, his vehement opposition to coronavirus vaccines places people at grave risk who falsely believe in the moral and intellectual superiority of the priestly class, and listen — and act accordingly — to its prelates’ sometimes bone-headed edicts and political theories.

But we must always remind ourselves during this Covid-19 interlude that virtually every medical expert has repeatedly and emphatically insisted that all three vaccines now available to fight this scourge are extraordinarily safe and also effective in protecting those with shots from contracting the virus, blunting its general spread and keeping people out of hospitals and untimely graves. The experts also insist — have been insisting, for months now — that, absent vaccinations, the only way to mitigate the virus’ spread is to wear face masks, especially those who remain unvaccinated and particularly indoors.

Yet, still, roughly half the country remains unvaccinated, the wages of fear, mistrust and misdirected, rapt faith in ultra-conservative religious leaders and political officials of the Republican right who spread misinformation about the efficacy and necessity of vaccines.

Newsweek reported, after the cardinal was laid low by the virus:

“Burke has been extremely vocal against COVID-19 vaccinations and claims governments are using fear of the pandemic to manipulate people. In May 2020, he claimed that some want to use vaccines to implant microchips in people. He has also said the best weapon for fighting the virus is Jesus Christ.” [boldface mine, to emphasize the ridiculousness of that claim]

Burke is like a homophobic MAGA zealot with a priestly frock. He favors over-the-top sartorial extravagances of centuries, not years, past (as the photo leading this post attests), to emphasize the power and majesty of fundamentalist, hidebound Catholicism. An outspoken reactionary, Newsweek reported, the cardinal has, among other provocative acts, insulted Pope Francis as too liberal and progressive, saying the Catholic Church today is  “like a ship with no rudder,” has agitated to re-allow the Latin Mass long ago jettisoned as primitive by Rome, and in 2004 said he would refuse to give the sacrament of communion to Catholic U.S. presidential candidate John Kerry because he supported abortion rights.

After Burke’s unpolitic 2014 “ship with no rudder” comment, Pope Francis removed Burke, a doctor of canon law, from his elite position as the first American prefect, or director, of the Apostolic Signatura, the Vatican’s supreme court (a position he assumed in 2008). Previously, he had served a bishop in Wisconsin’s Diocese of La Cross and then archbishop of St. Louis, Missouri.

During his career, he built a reputation as a gadfly of Catholic conservativism, cultural-change intolerance and, most recently, Covid-19 vaccine denial. To give you an idea of his stern intolerance, consider this quote below:

“If there were another kind of relationship — something that was profoundly disordered and harmful — we wouldn’t expose our children to that relationship, to the direct experience of it. And neither should we do it in the context of a family member who not only suffers from same-sex attraction but has chosen to live out that attraction, to act upon it, committing acts that are always and everywhere wrong, evil.”

But he has prominent allies in Catholicism. Aletiea, the Catholic news and information website, dissembled about Cardinal Burke’s reputation as an anti-vaxxer, explaining in a recent article:

“While certain reports refer to him as opposed to vaccines or a vaccine skeptic, in fact, he has spoken out against vaccine mandates. And, as the Vatican has made clear, he has said that it is immoral to manufacture vaccines that use the cell lines of aborted babies.

“This has always been the position of the Vatican, well established in regard to other vaccines that have used the same cell lines, prior to the Covid vaccines.” [boldface theirs]

In fact, aborted fetal cells have not been used in the manufacture of coronavirus vaccines (only virtual genetic sequencing on computers); such cells, obtained in the 1970s, were only used in preliminary research before production of the current vaccines.

So, it’s a bogus argument.

Indeed, the pope himself has deemed vaccinations for Covid-19 moral, and even a humanitarian duty, because, as Aletiea reported, the Vatican concluded “vaccinated person(s) only have a remote cooperation in the evil of the abortions” [boldface theirs] and benefits to public health are obvious and far-reaching

The tragedy is that a lot of people not only listen to misinformed prelates like Cardinal Burke but follow their direction, too often to their everlasting regret.

Of course, we heartily hope the cardinal robustly survives his coronavirus infection but that his dangerous, wrongheaded opinions don’t. 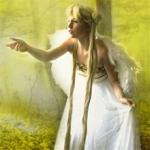