God save us (so to speak) from “sincerely held religious beliefs”

God save us (so to speak) from “sincerely held religious beliefs” October 11, 2021 Rick Snedeker

Slung around by the (mostly Christian) faithful, it is wielded as a blanket exemption for ignoring rational laws in our supposedly secular democracy. And ignoring them without the consequences others face for similar scofflawing (if you’ll permit me to use that term as a verb).

What about exemptions for the sincerely held beliefs of nonbelievers or even believers who are thinking rationally and not theistically?

The only reason I’m not reprinting the entire article unabridged right here is because it is illegal to ignore copyright laws by extensively commandeering other people’s creative work for your own glorification. And I have a sincerely held belief that that’s just wrong, besides being illegal.

So, I’ll paraphrase and surgically requote instead.

Included in Ms. Cohen’s insightful article is this elegant, amusing passage below. It was considered so classic that New York Times columnist Frank Bruni excerpted it in the charming “For the Love of Sentences” feature in his regular Times newsletter:

In all fairness, why not?

But they certainly aren’t in the minds and lives of nonreligious and casually religious Americans.

Yet, we are constantly assaulted with laws or claims of religious Kings X that demand we accept them as such. For example, Texas’ new draconian anti-abortion law is manifestly based not on science, mercy or even the U.S. Constitution, but on the fantastical Christian Bible.

Proof of this is that after signing the new Texas law, Republican Gov. Greg Abbott felt compelled to explain why he believed it was necessary: “Our Creator endowed us with the right to life.”

Cohen’s take on this unsubstantiated God-centric bias is that others’ fundamental beliefs, in which deities and supernatural notions are notably absent, should have equal import in a fair-minded, secularly governed society.

“If religious people can opt out of secular laws they find sinful, then maybe the rest of us should be able to opt out of religious laws we find immoral,” she writes.

The point, as humanists, atheists and agnostics have long (reasonably) insisted, is that, as Cohen believes, “you don’t need to believe in God or particular religious tenets to have a strong sense of right and wrong.”

So, in Cohen’s very rational view, as Texas’ new abortion law is palpably a moral train wreck, no reasonable person — Christian or otherwise — should have to abide by it.

“If religious people can opt out of secular laws they find sinful, then maybe the rest of us should be able to opt out of religious laws we find immoral,” she contends.

Texas law prohibits aborting a fetus after six weeks, when most women aren’t even aware they’re pregnant and, as Cohen explains, is not a viable human being but a “blueberry-sized potential for a person.”

Cohen argues that no moral questions are involved in aborting a seven-week-old fetus — “none” — but that it’s clearly immoral to force women to bear children “they do not want to have.”

Similarly, Cohen asks us to consider what Louisiana’s attorney general recently suggested parents should argue when opposing mandated Covid-19 masking for their children while in school:

“I do not consent to forcing a face covering on my child, who is created in the image of God. Masks lead to antisocial behaviors, interfere with religious commands to share God’s love with others, and interfere with relationships in contravention of the Bible.”

My sincerely held beliefs demand that, upon reading such nonsense, I double over, grab my stomach and howl with mirth.

But that’s where we are in today’s American culture war. 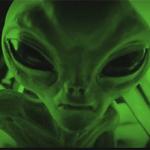 October 5, 2021
Who thinks aliens are more likely — believers or nonbelievers? Wrong!
Next Post 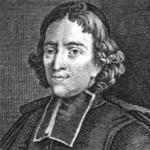 October 15, 2021 Atheist priest Jean Meslier an unsung hero of Enlightenment
Recent Comments
0 | Leave a Comment
Browse Our Archives
get the latest updates from
Godzooks: The Faith in Facts Blog
and the Patheos
Nonreligious
Channel
POPULAR AT PATHEOS Nonreligious
1