The Bleeding Woman: an Imagining 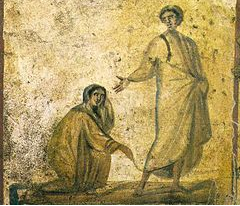 Twelve years earlier, after her first baby was born cold and blue and the bleeding wouldn’t stop, the woman tried offerings and prayers. She was raised in her ancestors’ faith, believing that if you lived according to the commandments, you—if you were a man—would prosper with fruitful crops, riches, and many children. Women, some, were blessed. Sarah, Hannah.

Her husband sought the midwives, the physicians, the rabbis, asking, “What have I done to cause this?” He made repeated trips to the mikvah. The bleeding would stop for a while, long enough for her husband to lie with her again, and then it would return. The woman grew weaker, she and the servant girl unable to keep enough clean rags to stanch the flow.

One night her husband lifted his gaze from the table to peer at her. All this time, he’d taken her ailment as his own misfortune, just as he would a lame donkey or disease among the sheep. But, that night, as the lamp started to smoke and she stood, wincing, to trim the wick, he saw that this punishment, this plague had nothing to do with him.

He felt a surge of relief, and then as she seated herself again to continue her mending, agitation. She’d had a haughty streak when younger and he had taken a certain pleasure in the way she’d held herself. Now, in her misery, withdrawn further into herself, she seemed even more powerful.

That night, he left with the servant girl and the flock for another town, where he married again, fathered sons, and daughters. What good was a barren, unclean woman? He’d done the right thing. But late at night or alone in the fields, he probed the soreness at the edge of his newfound prosperity.

The woman spent her days on a straw pallet, noticed seasons only from the changing slant of sunlight through the window or the contents of the food basket left outside her door by a neighbor’s daughter.

Before her sickness, the woman had been known for her skill with the needle and on better days she could manage sewing. Each week, when she put out the empty basket for the neighbor girl to take away, she tucked in it some piece of embroidery she’d worked—a wedding sheet or a banquet cloth.

Though warned of the woman’s uncleanness, the neighbor girl wanted to see the hands that worked such delicate patterns. They could not belong to someone so unclean, reasoned the girl, if they could make such beauty. One day, she knocked.

She needn’t have. The woman knew that the girl was there, and opened the door.

The girl was struck, not by deformity or disease but by the woman’s resemblance to her own grandmother. Pale, thin skin, like the finest vellum, and beneath it the mottled blue and brown of bruises, her face gaunt with eyes that shone from deep sockets.

The girl spoke quickly: “Jairus’ daughter is dying. My father has gone with the other elders to the synagogue. Some say the prophet is coming today, across the sea.”

“Some say. He has healed many and done many signs.” The girl put down the basket. “I brought dates, and a jug of new wine.” And then, without having planned to, the girl said, “Maybe he can heal you if—if you go to him.” She blushed.

The woman’s eyes bore into her. “Physicians have taken all I have, and I am no better, but worse. I have endured much.”

“This man is not a physician, they say.”

The woman bent to pick up the basket and went inside saying, “Wait here, child.”

The girl peeked in on a cleanly swept dirt floor, a wooden slab of table, and straw pallet, disappointing in their ordinariness.

The woman returned with a small square of embroidery. “I had to trim this due to a foolish error. But what’s here is fine. Take it.”

The girl clutched it. Now it was the woman who blushed. “I am pleased, child, for you to take such pleasure in it.”

Late that afternoon, the woman set out. She took the rags from which even the most porous stones had not scoured clean the stains, and rolled the pallet on which she’d lain. She carried them up into the hills, where she made an altar and offered them. When the sun had gone down, she covered the embers with dirt and walked home.

In the basket, she found dates and wine, as well as some loaves. She ate and prepared for sleep. All night, she dreamed the longings of a girl who’d known a mother’s guidance, of a wife who lay with her husband and recalled a sweet stirring from a long-ago glance, of a mother whose breasts grew heavy and tingling with milk.

She woke strengthened and stuffed clean rags between her legs and walked to town. When she saw the crowd, she pulled her cloak over her head. If recognized, she could be stoned. People jostled and pushed, and she almost fell. She felt very weak. And then, through a gap in the press of strangers, she saw the teacher and reached out.

Lindsey Crittenden is the author of The Water Will Hold You: A Skeptic Learns to Pray and The View from Below: Stories. Her essays, short fiction, and articles have appeared in the New York Times, the San Francisco Chronicle, Image, Bellingham Review, The Best American Spiritual Writing, and other publications. She lives in San Francisco, where she teaches writing at UC Berkeley Extension. Her website is www.lindseycrittenden.com.

July 12, 2012 Of Monks, Conversion, and Radio Astronomy, Part 1
Recent Comments
7 Comments | Leave a Comment
"Ah, so now the imaginary War on Xmas is transmogrified into The War on Santa, ..."
David Miller How to Win the War on ..."
""Aural" refers to hearing, "visual" to seeing"
merphd The Gutenberg Imagination
""It doesn’t matter when you start the Sinatra Christmas playlist or put up your tree. ..."
C_Alan_Nault How to Win the War on ..."
"Yup."
Max Marvel Finding My Inner Calamity Jane
Browse Our Archives
Related posts from Good Letters 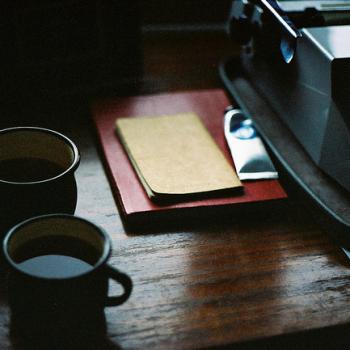 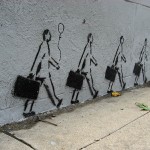 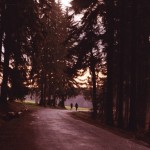 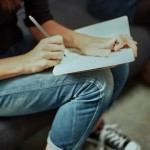