The Deeds of Jerry Sandusky 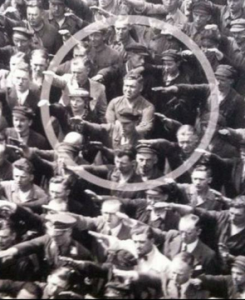 I avoided reading about the trial of Jerry Sandusky—the Penn State assistant football coach recently convicted on forty-five counts of child sexual abuse—because it’s hard enough thinking and acting like a Christian without fighting off the urge to pray that God will make hell especially hot for that man.

We’re forgiven as we forgive, and he didn’t even do anything to me, and God knows I don’t need hatred for him added to my already thick to bursting ledger.

What arrested me, what compelled me to read some of this sickening story, was the tale of the janitors. Perhaps you heard about this. It was a turning point in the trial.

Sandusky’s defense attorneys had done a lawyerly job of portraying various witnesses as unreliable, or motivated by financial incentives, or both. But then the judge allowed the hearsay testimony of two Penn State janitors, who recounted how a third janitor—afflicted with dementia and hence unable to testify—told them in graphic detail, minutes after it happened, what he’d seen Sandusky doing to a child in the locker room showers.

The janitors had nothing to gain from coming forward at this point, which made their testimony credible. They said their silence, like that of other janitors who knew about Sandusky’s molestations, persisted because they were worried Sandusky’s boss, the powerful and previously revered coach Joe Paterno, would have them fired.

So they stayed quiet for twelve years, until it was safe. Safe for them, I mean, because no child in Sandusky’s charity for foster children, praised as one of President George Bush’s thousand points of light, was safe so long as that man prowled the halls.

Certainly no boy, at least, given where his predilections seem to lie.

A forgiving and temperate voice would reply that these janitors were men with no financial margin, men with families who couldn’t afford to go without their income. The rejoinder from this less forgiving throat is that every coward carries a brief to explain his exquisite circumstances.

One of the janitors testified that his colleague told him: “I just witnessed something in there I’ll never forget the rest of my life.”

I hope he remembers it even now, in his broken mind. I hope he finds a way to make peace with God for his silence.

All we cowards have our briefs, and we are all at times cowards, just as sometimes we are noble.

I remember seeing Eddie Murphy on a comedy tour when I was in college. He joked about young black men who would talk about their slave ancestors as if they were sissies for tolerating the master’s lash. Murphy imagined his tough-talking friends transported back to the American slave era.

The tough talk would roll off their lips, he posited, until the first time they felt exactly how deeply a whip stings the flesh.

I imagine most of us are wired that way. Pain evicts nobility from our bones, and we love this miserable flesh perhaps more than all other earthly things.

I recently saw a picture of a German dockworker at a Hitler rally, the only person in the crowd whose arm was not extended in salute. He later fell in love with a Jewish woman, and quit the Nazi party he’d joined to get a job.

The Nazis took his babies and sent him to prison for betraying his race. He died in a penal camp.

The Chinese Communist Party claims to this day that they have no idea what happened to this man. This is their way of saying that they murdered him.

Likewise, the mop-pushing Jim Calhoun was ignorant when he rose from bed one morning in 2000, that this would be the day of his testing.

We all imagine we’d choose bravely: We’d lead a revolt against the slaver. We’d turn our backs on Hitler. We’d bash Jerry Sandusky’s head against the shower wall and call the police.

Except most of us wouldn’t, the proof for which can be found in the fact that most of us don’t. How many stories remain hidden because of the silence of witnesses?

How terrible would be the crying out of stones and walls, were their voices loosed?

A prayer penned by St. John of Damascus reads, in part: “Suddenly shall come the Judge, and the deeds of every man be revealed, but with fear we cry to Thee at midnight: holy, holy, holy are Thou, O God. Through the prayers of the Mother of God, have mercy on us.”