The Boy Who Lived Large 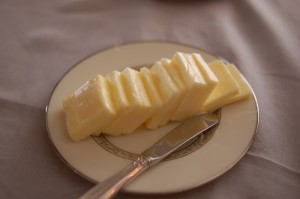 Friday we took the kids out of school early and hit the road for Aiken, South Carolina. We were going down to attend a memorial service for my sister’s stepson Tyler. Tyler was sixteen years old.

The service was nice. The pastor had lost a six-year-old daughter to asthma, and was particularly tuned in to the family’s pain.

My nephew Jesse wrote a letter to Tyler, which one of his friends stood and read for him. He wrote to Tyler, “You were so warm, so happy, so loving, and as wonderful as those words are they still don’t seem to do you justice.” He wrote, “Tyler, you were the embodiment of unconditional love…”

The pastor spoke of everyone’s memories of Tyler. He loved to sing, and he had a specific song he attached to each significant person in his life, singing it when he saw that person.

His favorites: Kiss’s “Rock and Roll All Night”; The Eagles’ “Heartache Tonight,” which he changed to party tonight; “He’s Got the Whole World In His Hands,” which he sometimes changed to I’ve got the whole world in my hands.

On our drive my wife had reminded me of one holiday gathering at my parents’ house, at which Tyler kept reaching for the hand-churned butter my sister had gotten at her co-op, trying to shove more of that real butter into his mouth. He paid no attention at all to the stick of margarine on the table.

“With all his limitations,” she said, “he knew good butter.”

Tyler had his limitations. He required a lot of care.

Just down the street from our house here in Lynchburg are two houses built by L’Arche, an international network of homes founded by Jean Vanier, where a few staff members—but mostly volunteers who take it as their spiritual vocation—live in community with those who have severe disabilities. I see them taking walks together in the neighborhood, and I can easily pick out who is giving care and who is being cared for.

L’Arche homes aren’t simply there to care for challenged people while keeping them out of the way. They are about something far deeper than that.

“Those we lock away and think worthless have the power to teach and even to heal us, writes Vanier. “When you start living with people with disabilities, you begin to discover a whole lot of things about yourself.”

While it would no doubt teach us a great deal about ourselves to live in community alongside the severely challenged, that is not as far as it goes. Vanier is not saying that it is a good discipline for the volunteers, a way to self-knowledge or even holiness, the way a puppy teaches a child to care for another living being.

Tyler’s existence in the world was not an opportunity for those around him to develop their own character. That thinking reduces the importance of a boy’s existence.

Maybe we are tempted to see his life as well as his death as nothing more than a sad case, a tragedy—his awareness of life circumscribed as it was, and his death coming so early.

However, we who think we know so much more than Tyler did, walk our days in a waking dream every bit as much as he might have seemed to.

We are sure of things that prove to be false; we are unsure of the mysteries we desperately hope will prove true in the end, but which we cannot grab hold of or understand any more than he could have. Not really.

If we see our understanding of ultimate things, of mystery, as something like taking a running jump from a beach in California, even at low tide, to Australia, we see how ludicrous it is to boast that we know much.

From the perspective of such great distance, our understanding and Tyler’s are so close as to be indistinguishable.

The greatness of [humanity] is to accept [our] insignificance, [our] human condition, and [our] earth, and to thank God for putting in a finite body the seeds of eternity which are visible in small and daily gestures of love and forgiveness. The beauty of [humanity] is in this fidelity to the wonder of each day.

In his memorial letter, Jesse spoke of the vows he exchanged with his brothers Bryce and Tyler, and concluded that, “Out of the three of us, I have to say you have been the one who lived out all those promises most consistently… and not by anything you did… but just by who you were.”

Just by who he was.

He was a boy who loved to laugh. Loved music. Loved to sing. Openly accepted every person as a friend. Loved unconditionally. Lived in the moment. Took life every day as it came to him.

If you were to ask me how to live a satisfying life, I would honestly say something like this: Live in the moment, give love generously, laugh often, and absorb yourself in music. And don’t forget, life is short, eat real butter.

By these standards, Tyler was a boy who did not just live. He lived large.

August 7, 2012
The Summer I Wasn't Attacked by a Shark
Next Post

August 9, 2012 Taming the Busy Trap
Recent Comments
0 | Leave a Comment
Browse Our Archives
get the latest from
Catholic
Sign up for our newsletter
POPULAR AT PATHEOS Catholic
1