The Armchair Astronaut Packs for Mars 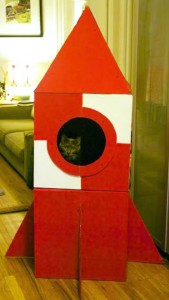 This post is adapted from my manuscript, The Stained-Glass Kaleidoscope: Essays at Play in the Churchyard of the Mind, currently searching for a publisher.

In my mind, I can still hear the girls on the playground at recess chanting, “Girls go to Mars to get more candy bars, and boys go to Jupiter to get more stupider.”

As a third grader, I was insulted. As an adult, it occurs to me that the girls who spoke them were immune to irony. Their use of the phrase “more stupider” was evidence that these playground provocateurs had probably journeyed to Jupiter on more than one occasion themselves.

If my dad ever heard the same words at recess, they were powerless to prevent him from staring at the punishing planet through the eyepiece of his telescope. Dad has always been an armchair astronaut.

His gaze is always fixed on the heavens. As a minister, he is professionally obligated to send prayers upward—at least insofar as people think of heaven as being directionally above them.

Jesus may have taught his followers to pray, but it was E.T. who taught believers like my dad to “phone home.” Long before Dad ever thought about the implications of Peter referring to Christians as “aliens and strangers,” my dad knew he was not of this world.

As a child, he received troubling transmissions from beyond through his television—the rabbit ears on the set serving as alien antennae. In the motherly glow of science fiction films such as Forbidden Planet, The Day the Earth Stood Still, and War of the Worlds, Dad found something like family.

Two Christmases ago, I bought him Mary Roach’s book Packing for Mars. I figured if the girls on the playground were right, Mars was indisputably Dad’s home. He has always craved candy bars. If he is not already packing, NASA’s Curiosity rover will motivate him to do so when it discovers and transmits photographs of the chocolate volcano in which all candy bars are presumably forged.

Dad taught me to pack for space travel when I was a child. With Necco Wafers in one hand and Junior Mints in the other, I voyaged into the vastness of space with my parents at the Blue Ridge Cinema East in Kansas City. We watched The Empire Strikes Back, E.T., Star Trek II: The Wrath of Khan, and Return of the Jedi, leaving the Earth without ever leaving our seats.

Dad brought me into his orbit, and we circled the Earth together. He has always taken great pleasure in sharing his favorite science fiction films. In fact, he cannot bear to watch them alone. I suspect he fears being lost in space—drifting away into the vacuous blackness like an untethered astronaut with only a dispersing cloud of microwave popcorn to sustain him.

Dad bought an eight-inch Dobsonian reflecting telescope a decade ago. Although he has seen Star Trek V, in which a villainous Vulcan named Sybok searches for God in outer space, Dad does not expect to see his maker when he scans the skies with his scope. It is enough for him to see all the ornaments that adorn the nighttime sky, blazing brightly in mystery and perpetuity.

He sees the signature of God’s handiwork in the heavens.

In his book God is Closer than You Think, John Ortberg writes that when Jesus prayed for God’s will be done on earth as it is in heaven, he meant, “make up there come down here.” This phrase has stayed with me for years. It is, after all, exactly what my dad does.

When I was a child, Dad made a makeshift space shuttle for me out of a large cardboard box. Like a real astronaut, I devoured dehydrated food, subsisting solely on raisins as I explored the galaxy in our garage, where space was finite and infinite all at once. When galaxies exist in one’s garage—when up there comes down here in a very literal way—the paradoxes of God do not seem so strange.

Up there coming down here finds fulfillment in a passage of scripture Dad once brought to my attention. Revelation 21:1 reads: “Then I saw a new heaven and a new earth, for the first heaven and the first earth had passed away, and there was no longer any sea.”

The vision of a new earth sounds like something from a science fiction film, but it was not what piqued Dad’s interest. He fixated instead on the phrase, “and there was no longer any sea.” John, the author of Revelation, was exiled on the island of Patmos when he wrote these words—the sea separating him from his fellow brothers and sisters in Christ.

Even more ironic than the words of the girls on the playground is the reality that we so often live in loneliness despite sharing the world with billions of people. We, too, live in exile.

In the eternity God has opened for us in Christ, the loneliness that fills every crevasse in our cracked souls will be no more. When God makes all things new, there will be no sea for us either—nothing to separate us from one another or God.

We will know that one of science fiction’s most enduring messages is true: We are not alone.

As we commune with God and one another, erasing more traces of our estrangement each day, we make our world feel a little less alien—our planet less forbidden. With the help of Christ, we make up there come down here.

Just as Dad does not enjoy watching science fiction films alone, he also prefers to watch science facts unfold with family. One night, he gave me a guided tour of the planets through his telescope.

We witnessed Jupiter that night, spinning in space with no remorse for making millions of boys more stupider. As we gazed at that guiltless gas giant, Dad pointed to the pinprick shadows of the shepherd moons crossing Jupiter’s face.

Even cruel Jupiter was not alone.

Author’s Note: Using Twitter, I asked Mary Roach, author of Packing for Mars, for songs for a space-themed Spotify playlist. She was kind enough to make a few suggestions, and I added them to my assembly of astral songs. Listen here.