Blessed Are the Tentmakers 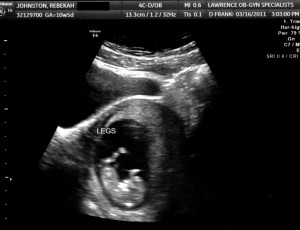 For my daughter, Evangeline Sofia, who celebrated her first birthday on the second day of October.

“Can you build me a tent in the living room when you get home, Chad?” My wife Becki made this request via Google chat.

When we were children, my sister Alyssa and I built tents in our living room, draping sheets over strategically positioned chairs. But it had been years since I had roughed it indoors.

Becki had always nested, so it occurred to me that her request for a tent might not be so strange after all. When she craves comfort, she surrounds herself with pillows, blankets, boxes of Kleenexes, teacups filled with cherished Chinese teas, and copies of Vogue magazine.

She had never enlisted my help in building a nest before though. I knew male birds sometimes helped females build their nests, but—

Could she be pregnant?

We wanted a child, and we had been trying to have one, but surely it wasn’t as easy as that.

When I was a child, before I knew anything about sex, I once overheard people talking about a couple who had been trying for years to have a child. It sounded like so much work—like mining for coal or building a railroad. We had only been trying for weeks. Surely we had not paid our dues.

Build me a tent in the living room, Chad. The request became a command in my mind, and Becki’s voice assumed the tone and timbre of the voice of God in Cecil B. DeMille’s The Ten Commandments.  Being the son of a minister, things like this run through my mind periodically.

I suppose Becki’s request reminded me of God commanding people to build things in the Old Testament—an ark here, an altar there. One of those building projects included a tent, too—the Mosaic tabernacle, or “tent of meeting,” where the Israelites worshipped.

I built Becki’s tent in the living room after work that day, using dining chairs as supports for the blanket I draped over the top as a canopy. I lined the floor with pillows, and covered them with the duvet Becki slept under before we married.

“Make it so I can watch TV from the tent,” she’d added in our Google chat.

Early in our dating days, we read the book of Genesis together, and attempted Exodus as well. Once we reached chapter twenty-six, which is essentially an instruction manual for building a tabernacle, we surrendered.

I laughed at the thought of Becki issuing similar instructions for the construction of her tent.

“Make the tent five cubits high and five cubits wide. Place the LCD TV no more than two cubits from the entrance of the tent, and on a stand made of burnished acacia wood, place a tin of hyssop tea and seven letheks of chocolate in the tent, that I may be comforted.”

That night, Becki entered her tent, buried herself under blankets, and watched television with our five felines. The next night, she returned to the tent again as if by instinct.

We celebrated with our friends Brandon and Joanna that night. I drank a margarita. Becki celebrated by staring at my margarita and saying things like, “I can’t have one of those for nine months.”

A few weeks later, Becki and I saw our daughter Evangeline Sofia perform gymnastic feats on a monitor at Lawrence Memorial Hospital. Unable to detect Evie’s heartbeat with a fetal Doppler, our doctor opted to conduct a sonogram when Becki was eleven weeks pregnant.

Evie measured four centimeters long. She was a living pickle with arms and legs. I told Becki our baby reminded me of a baby gherkin.

Becki, despising baby gherkins, but not babies, decided our daughter looked more like a character from Charles M. Schulz’s Peanuts. I have since decided she meant Evie had a bulbous Charlie Brown head, which she undoubtedly inherited from me.

I look back on all of these things with wonder.

I want Evie to read about this someday, and know that her father took up tentmaking for her. She also needs to know that, for nine months, her mother became a living tent of sorts—a shelter where Evie dwelled and developed.

In remembering Becki’s tent, and even the Mosaic tabernacle, for that matter, it occurs to me that we need visible reminders of the unseen. We need a sacramental faith—one that offers outward confirmation of our inmost hopes.

In some strange way, our living room tent was a testament to the cells dividing in the dark of my wife’s womb. Other signs and wonders, if one might call them that, appeared that week.

Shortly before we found out Becki was pregnant, for example, we banned the cats from our bedroom, as Becki’s allergies were afflicting her. Prior to this prohibition, we never kept flowers in the house because we feared they might prove poisonous to our pea-brained brood.

Knowing we could finally keep flowers in the house, even if only in one room, I surprised Becki by purchasing purple irises. A few days after I placed them on our dresser, we learned life was flowering in Becki’s womb.

Before I built the tent, we also watched a Looney Tunes cartoon titled “Apes of Wrath.” In Friz Freleng’s animated short, an inebriated stork delivers Bugs Bunny to a family of gorillas in place of their baby, whom the stork has misplaced in his drunken state.

I imagined Becki and me as gorillas—bumbling brutes attempting to nurture a delicate darling of our own. I hoped the stork would bring us a baby who would feel at home with us.

On the day I built a tent for my wife and, unknowingly, our Charlie Brown-headed pickle baby, our cats visited Becki in her tent like so many mewling Magi. The sight of my wife, surrounded by purring worshippers, looked like a living nativity scene to me.

I treasure all these things in my heart.

This post is excerpted from my forthcoming e-book, Nightmarriage. Pre-order the book for 20% off and download free audio MP3 versions of this essay and another, unpublished one here!

October 14, 2012 Mending Our Mother-Daughter Story
Recent Comments
12 Comments | Leave a Comment
"Ah, so now the imaginary War on Xmas is transmogrified into The War on Santa, ..."
David Miller How to Win the War on ..."
""Aural" refers to hearing, "visual" to seeing"
merphd The Gutenberg Imagination
""It doesn’t matter when you start the Sinatra Christmas playlist or put up your tree. ..."
C_Alan_Nault How to Win the War on ..."
"Yup."
Max Marvel Finding My Inner Calamity Jane
Browse Our Archives
Related posts from Good Letters