Writing in the Age of Unbelief 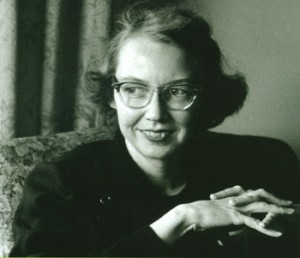 Years ago I was at a panel discussion featuring several Catholic authors when someone asked the question: “As artists, do you struggle with orthodoxy?” The panelists leaned forward in their seats, looked at one another, and began nervously laughing.

When they regained their composure, the answers were not memorable.

That’s not to say the writers were not thoughtful or up to the task—they were all at least a generation older than me, very well published and well respected—and it was kind of a punk question to ask—but my heart was burning for at least one of the panelists to say no.

As a young writer whose unabashedly Catholic book was about to be published by a hip, secular indie press, I hoped that Catholic writers were on the cusp of a renaissance. Paul Elie’s The Life You Save May Be Your Own had just been published to great acclaim, and Image was beginning to show up in bookstores across the country alongside elite secular journals.

My wife’s first essay for Image had gone on to receive an honorable mention in Best American Essays. My little book was reviewed in the New York Times Book Review, and with very few exceptions, received complimentary notices in secular publications.

But I noticed that every single author on the panel shied away from being labeled a Catholic writer. It was still perceived as a kiss of death.

That was almost ten years ago, but I remembered it vividly when I read Paul Elie’s New York Times Op-Ed piece, “Has Fiction Lost Its Faith?”

Elie reveals something I had never known about Anthony Burgess’ A Clockwork Orange, one of the first works of literature I read on my own: In a 1973 lecture (over a decade after the book’s publication), Burgess “describes his best seller as a work about free will written from a Catholic perspective.”  Elie goes on to write:

This, in short, is how Christian belief figures into literary fiction in our place and time: as something between a dead language and a hangover. Forgive me if I exaggerate. But if any patch of our culture can be said to be post-Christian, it is literature.

The myth of secularism triumphant in the literary arts is just that—a myth. Yet making lists of counterexamples does not get at a deeper matter. It has to do with the way that faith takes on different tones and dimensions depending on the culture surrounding it.

I see it both ways.

I agree with Elie that these days, when writers reference scripture and theology, or evoke explicitly religious imagery and symbols, it often falls on deaf ears and blind eyes.  I also agree that we’ll never again see a confluence of writers like O’Connor, Merton, and Percy having such a broad cultural impact.

I’ve found sustenance in the community of writers and readers of Image and enjoy acceptance among a group of writers my age who are not religious.

That renaissance of Catholic writing I once hoped for may not have happened, but however secularized our culture has become, issues surrounding faith have not been, and will never be banished from literature.

Karen Swallow Prior, Professor of English at Liberty University, writing in response to Elie’s article, is excellent on this point. Prior, whose scholarly work centers on the novel, reminds us that as a form, the novel has always been about unbelief.

She writes that the novel “was the outgrowth of the passing of the age of belief into the age of unbelief…. It is the form of an unbelieving epoch, even if it took a few centuries for that latent feature to surface.”

In other words, the kind of search for meaning that the novel offers has, over time, naturally and understandably drifted away from religious ways of understanding who were are and why we are here, just as the culture has.

Perhaps this is why I, a writer with an MFA in fiction, have turned almost exclusively to the personal essay and memoir. My first publication appeared in the “Confessions” section of Image, a section that is set apart from the “Essays” section. While I never asked about that distinction, it seems clear to me that it is a nod to spiritual autobiography, the genre started by St. Augustine.

My sense is that confessional nonfiction helps the writer (and the reader) to examine his conscience. The examination of conscience is a very important spiritual practice for Catholics. Merton’s Seven Storey Mountain and Conjectures of a Guilty Bystander come to mind, as does the late Joshua Casteel’s book-length essay Letters from Abu Ghraib.

The language Catholics use to define the examination of conscience is very close to the language writers use in personal narrative.

If what Elie says is true, and the novel (what Prior calls “our most relevant literary form of contemporary culture”) is languishing as a medium for discussing faith, then perhaps we should look to literary nonfiction—personal essay and memoir.

I am drawn to the genre because it allows for spiritual self-evaluation in a way that fiction performs either at a remove, or in a secret deeply personal way, possibly known only by the author. (This seems to be Elie’s point regarding Burgess’ novel.)

For me, writing essays is a means of understanding how my actions are in keeping or at odds with my faith, and how I can maintain faith in the face of tragedy and atrocity. For me, these are the questions of our day.

Given the attention memoir—and confessions—have received in the last ten years (James Frey and Tiger Woods) and even last ten days (Lance Armstrong, and now Manti Te’O), might it be that personal narrative, and not the novel, has become the most relevant cultural—and spiritual—form?

January 21, 2013
Secession, or Why This New Yorker Won’t Be Joining the Enlightened States of America
Next Post

January 23, 2013 Commonplacing
Recent Comments
12 Comments | Leave a Comment
"Ah, so now the imaginary War on Xmas is transmogrified into The War on Santa, ..."
David Miller How to Win the War on ..."
""Aural" refers to hearing, "visual" to seeing"
merphd The Gutenberg Imagination
""It doesn’t matter when you start the Sinatra Christmas playlist or put up your tree. ..."
C_Alan_Nault How to Win the War on ..."
"Yup."
Max Marvel Finding My Inner Calamity Jane
Browse Our Archives
Related posts from Good Letters