The Benediction of Place 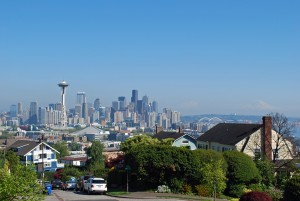 I recognize upon approaching this third score of years that the initial two have been largely peripatetic. The first score’s wanderings were undetermined by me, contingent upon my parents’ choices—graduate school, better jobs, a new house. Before the age of sixteen, I’d lived in ten different homes. My second score echoed the first for similar reasons, though its upheavals were at least ostensibly of my own choosing—the beginnings and ends of marriages, jobs, graduate schools.

Of all the places I’ve stopped and started, Mississippi will always be my home, a sort of default way of being as much as a place.

On sleepless nights, I close my eyes and trace the geography of the small town where my family spent the last twenty-five years, where I lived from fifth grade to high school graduation, and to which I have returned countless times, sometimes for months at a stretch. I map the homes along Grand Avenue in Yazoo City on the flat edge of the Delta, bestriding the last loess bluffs drenched with the new-grape smell of kudzu blossoms and the magenta extravagance of azaleas.

There are other sights as intrinsic in memory where my sojourns proved shorter—the wide-lawned Victorians of Hyde Park on the southwesterly fringes of Boston where once I made my home, its yards strewn with rhododendrons and flowering mountain laurel. Or the parched browns of California’s San Joaquin Valley, the Sierra foothills visible on smog-free days, where spring begins in February with white and purple bursts from tulip trees and dogwoods.

In a life spent moving from place to place, the predictability of landscapes both new and familiar has been a comfort, a well-worn bead to click against another through every iteration of hunger and praise. One of the many pangs of such constant motion is to leave each place both loving and mourning all you have come to know, and to go forward with five kinds of homesickness equally shared, the scent of new terroir on your skin and your spirit forever dogged by the genius loci endemic to each site.

Now I’m doing something different: going somewhere I mean to stay for good.

If I was chosen, before the world’s foundations, to belong to Mississippi, perhaps the edict was also levied that Minnesota—with its lakes, its corn-quilted farmland, its buried, white winters—would also be mine. I use the possessive here because it’s the first thought that occurred to me the first time the man who would become my husband drove me down the gravel driveway to the small hobby farm where he was born and raised.

Maybe it was intuition, but as the road bent before me, and slopes of small hills gave onto the ice of a newly frozen lake, a nearly audible voice in me muttered, “Ah, mine. Mine.”

I recognized it, as I had always recognized Mississippi. It was, just as Mississippi, as much a way of being, as place. And it was a place, I felt, that somehow knew me back.

And so, with circumstances finally right for the move, we are settling on that lake, just after that bend in the road, at the end of that particular driveway. My daughter will know its beauties and tediums by heart—both the summer raspberries and the late May snowmelt.

In moving there, however, we are leaving what by all objective standards is perhaps the most grand and impressive of any place I’ve ever lived—the Pacific Northwest. In our last few weeks here, I am trying to visit all the spots I’ve grown to love.

This morning, I drove my daughter, Ingrid, who turned eight-months-old today, to my old neighborhood of Queen Anne, atop of one of the highest hills in Seattle—a vantage point from which, on a clear day, one can see the Space Needle and the downtown skyline and Mount Rainier, looking more like a Japanese woodcut than an actual mountain. Turning right from that vista, the horizon is crested by the snowcapped Olympics and to the left by the snowcapped Cascades. Below traverse the barges and ferries of Puget Sound and on every side, another bungalow-bedecked hill.

I ordered my favorite coffee from my favorite coffee shop and walked with my daughter snuggled next to me in a carrier to the viewpoint at Kerry Park. I stopped for a good, long time. Ingrid, as is her wont, surveyed the buildings and rolling hills with focused intensity. “So this is Seattle?” she seemed to be thinking. “How interesting.”

I found myself hoping, as I watched her, that even though she will likely remember none of this consciously, that the colors would infiltrate her subconscious—the scarlet of Seattle geraniums, the blue of Chinese lilac, the green of massive fir trees, and the glacier-riven white of Rainier. I found myself wishing for her the benediction of this place to carry through the aridity of whatever blank hours await her, and its clean-aired consolation as a talisman against any future loneliness.

I remember in high school underlining many passages of Jack Kerouac’s On the Road. The one that has come to me again and again through many partings has been this: “What is that feeling when you’re driving away from people and they recede on the plain till you see their specks dispersing?—it’s the too-huge world vaulting us and it’s good-bye. But we lean forward to the next crazy venture beneath the skies.”

I don’t know if, like her parents, Ingrid will need to wander a good, long time before she learns how to stand still. I consider it more than likely, for better or worse, that she will. But I hope that at night, even if only in dreams, she finds herself tracing the green hills of Seattle sloping down to Puget Sound, watching the ferries come and go, the snow clouds blanketing the rocky horizon.

A former regular contributor to “Good Letters,” Kelly Foster Lundquist was the 2012-13 Milton Fellow. She graduated with the first cohort of the Seattle Pacific Master of Fine Arts in Creative Writing in 2007. Her work has appeared in Image. She will soon be moving to Minnesota to teach English at North Hennepin Community College and to live beside the water with her family.

June 26, 2014 These Frigates, These Chariots
Recent Comments
0 | Leave a Comment
""It doesn’t matter when you start the Sinatra Christmas playlist or put up your tree. ..."
C_Alan_Nault How to Win the War on ..."
"Yup."
Max Marvel Finding My Inner Calamity Jane
"I an confused by the use of "aural" here: "In The Gutenberg Galaxy, he explained ..."
William G II The Gutenberg Imagination
"My friend is looking for a Pepper Smith he served in the army with, was ..."
Christine Budnack The Love Song of Pepper Smith
Browse Our Archives
Follow Us! 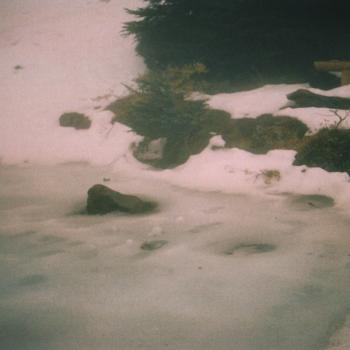 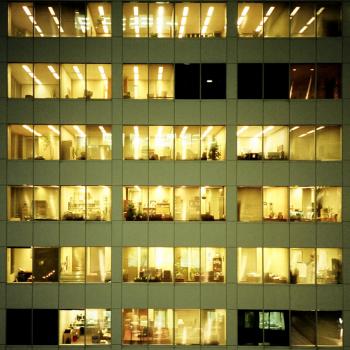 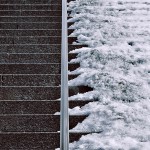