Original Sin and the Warp Effect 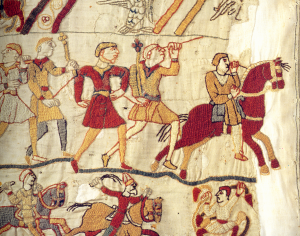 One of the great writers—to my recollection, Flannery O’Connor—said something to the effect that everything we touch is warped by original sin, even our greatest virtues. If I am interpreting her correctly, this means that any display of a moral act is polluted somehow, flecked with impurity, however slight, simply by way of being performed by a human agent.

Of course, in a very simplified definition, original sin is the concept that a human being, through some primordial dissociation from God’s will—is by nature a creature morally flawed and faulted. This dissociation riddles his existence with tendencies, penchants, bents that are as innate to him as the desires of a lion to eat meat, a plant to seek sunshine.

More precise yet, they are as entwined with his makeup as a leopard is with his spots, a giraffe with her height, a gazelle with his speed. Indeed, the lower animals act by instinct and there is some rough barometer to their need. They may lay waste to field or to another population, but in doing so, there is a level of satiety that they are aiming for, and it is directly associated with their appetites.

Man, on the other hand, has no cap to his desires; they are boundless. Further, unlike animals, humans are not necessarily motivated by physical want. Pride is a metaphor applied to the lion; it is a deadly reality when applied to a human, as much a part of a man as his blood type.

The best way to test this proposition is by scrutinizing a virtuous deed—though even the nomination of a deed as virtuous is itself somewhat suspect. Motives are often over-determined and occasionally downright dubious. But leaving motives aside, the warping nature of original sin can be illustrated by an analysis of thoughts and reactions that lie in the fields surrounding a righteous undertaking.

But it is probably more right than wrong to say that the majority enter the generous deed on a register of “things done for others,” kept in a black book that is shelved somewhere in our souls. We never lose the way to that place, and can find the library ladder in quick order when we need to pull it down, to run our finger across the entry and quote the date and amount of the charity bestowed.

“After all I’ve done for X…” “And when I think about everything that I did for Y, this is the thanks I get.”

These are human tendencies—sometimes they are even justified as righteous indignation at injustices suffered—but the point is that they are evidence of the warped nature of human virtue. Saints are free of love’s bookkeeping, and realize that what they do is a repayment of the great debt of grace they owe, rather than a loan of a grace they don’t possess. But the rest of us keep the green eyeshade handy and our pencil sharp to enter the credits afforded, the advances allowed. There is also seldom an eraser on that pencil.

Forgiveness is another example, a flourishing of the great virtue, mercy (itself a dimension of the all-encompassing virtue of charity; everything comes back to charity, it seems). Forgiveness is supposed to wipe the slate clean, to forego justice in the name of peace. But rarely is forgiveness pure. “Forgive and forget, and then forget that you forgave,” goes the old Irish proverb.

But the bones of old transgressions are as available to us as a hound’s hiding places. We know where they lie. I heard the following quoted in an argument once as the finishing blow, the coup de grace that ended all discussion:

“You did that again, even after I forgave you.”

Once more it must be said, these examples are to be seen as evidence for what is argued: However slight, the distorting pull of our original affinities has an effect on even our best attitudes towards each other.

And the consequence is not altogether small. It allows for the breeding of more dissension among relationships that are strained. Pettiness, vindictiveness, grudges, jealousies—all are distinctly human corrosives—other living things do not share them—and as such, they rust away the channels of man’s ties with those he needs.

The above is a Creative Commons image of the Bayeux Tapestry from Google Images. 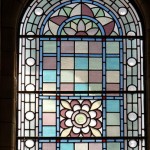 August 4, 2015Breaking Bad’s Walter White is My Shining Star
Recent Comments
0 | Leave a Comment
""It doesn’t matter when you start the Sinatra Christmas playlist or put up your tree. ..."
C_Alan_Nault How to Win the War on ..."
"Yup."
Max Marvel Finding My Inner Calamity Jane
"I an confused by the use of "aural" here: "In The Gutenberg Galaxy, he explained ..."
William G II The Gutenberg Imagination
"My friend is looking for a Pepper Smith he served in the army with, was ..."
Christine Budnack The Love Song of Pepper Smith
Browse Our Archives
Follow Us!