Pascha, the Resurrection, and Ricky Gervais 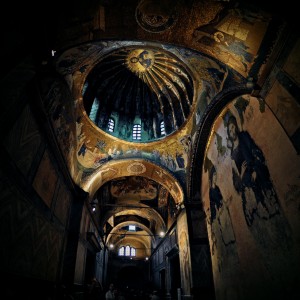 Rays of midmorning sun shone through the window and fell in molten pools across the white sheets of our bed. Lying back on my two feather pillows, I could hear and smell the burgeoning sounds of spring through my open windows—birds chirping, the scent of sweet olive, the soft susurration of car wheels on the street still wet from the early morning rain.

It was 11:00 a.m. on Easter Sunday morning. I leaned over and touched the pillow beside me—my husband, a Roman Catholic, had gotten up and gone to Easter Mass at his church. I felt bad for not accompanying him, for he’d been there with the rest of us through the night.

Then I turned back over and slept a little bit more.

I went downstairs and got coffee, and stood at the kitchen sink in my nightgown and ate a fried chicken breast. The house was fragrant with flowers. My husband came home, and we had noontime gin and tonics on the porch.

Barely twelve hours before, we had stepped out of the house into the night, washed and dressed. I’d stepped through the yard carefully in my high heels, clutching the Pascha basket that had champagne and chocolate, and we’d driven across town to stand for three hours and proclaim the Resurrection.

The midnight Paschal service is one of the hallmark features of Eastern Orthodox Christianity—a synecdoche, rather like feathered hairstyles or black spandex are a stand-in reference for heavy metal bands. I don’t mean that to sound irreverent: it is the one salient part that stands for the infinite wealth of the whole.

“Why on earth do you do this?” I have had family members ask every year for a full twenty years. For them an 8 p.m. Vigil service is pretty damn late.

“Why do we do this?” my husband and I sometimes look at one another.

But that’s where the thought stops, for when you get on the Pascha train, the point is just to get through it. There’s the getting there, often on little sleep already and the cumulative hunger from forty-plus days of meat abstinence. There’s the throwing of sleeping children over the shoulder, and the pulling of screaming children out of the temple to try and reason with them in small, soft voices, promising chocolate and bacon in just a few—more—minutes!

And there’s the odd solidarity that comes from being out on the road at the time of day most often associated with thankless toil, or nefarious purposes: Long-haul truckers rounding the Beltway, off to New York or Miami; speeding sports cars with tinted windows rounding you at awkward angles—you just hope the driver has not been drinking.

There is a procession in the dark, which in my (Arab) tradition culminates in the priest striking the church door, representative of Christ breaking the bounds of death.

And then out of the darkness, there’s the arriving at the moment when the lights are illuminated and the Resurrection is made present again with the singing of the Paschal Tropar—a summative declaration of there ever was one:

O day of resurrection! Let us beam with God’s own pride! Let everyone embrace in joy! Let us warmly greet those we meet and treat them all like brothers, even those who hate us! Let all the earth resound with this song: Christ is risen from the dead, conquering death by death, and on those in the grave bestowing life!

Unlike the term “Easter” (which I still use) that alludes to the Eostre, goddess of spring (wha-a-a?), the word “Pascha,” with its roots in Passover, carries with it the connotation of the delivery from death that is inherent in the original Jewish feast.

Christ is risen. We have been spared. This is dead serious stuff.

I could take Ricky Gervais to the Paschal Divine Liturgy and while he would likely not come out of it a believer, I am certain he would avow that something important was going on. (Ricky, if you happen to be reading this, feel free to reach out.)

It is hard for us postmoderns to believe. Christ may have died and been resurrected “once and for all,” but the faith as lived in 2017 “Christ-loving, Christ-hating America” can seem just like a long train of words, footnotes upon footnotes, the systematic theology of cacophony.

But it is hard not to believe what your body is feeling. Therefore, the tiredness, the hunger, the lengthy service and prayers, and most of all, the reality of the darkness that this liturgy is buried in, and from which it emerges.

The myrrh-bearers may have gone to the tomb early on the morning of the first day, bellwether of the Easter Sunrise Service, but Pascha is metaphysical as well as representational: the Paschal celebration takes place at night because the Resurrection is, both literally and figuratively, the recreation of the universe.

It happened. We are feeling, in our bodies, the way it happened. (It is the same grounded emphasis that underlies the yoga practice, the endless running, the practices of all our nones.)

Can you believe this? It really did happen!

To wake up on Pascha at home is to wake up with all who cannot believe, all who are in flight from belief, and most of all, those who suffer.

But the Resurrection is in you. The coal is at your lips. It burns the boundaries that isolate you, and from which you try to hide from God.

Where do you go next?

Above image by Fusion of Horizons, used with permission under a Creative Commons License. 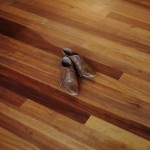 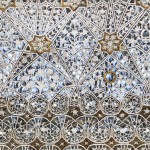 May 4, 2017 Singing the Qur'an in Different Voices
Recent Comments
0 | Leave a Comment
"Ah, so now the imaginary War on Xmas is transmogrified into The War on Santa, ..."
David Miller How to Win the War on ..."
""Aural" refers to hearing, "visual" to seeing"
merphd The Gutenberg Imagination
""It doesn’t matter when you start the Sinatra Christmas playlist or put up your tree. ..."
C_Alan_Nault How to Win the War on ..."
"Yup."
Max Marvel Finding My Inner Calamity Jane
Browse Our Archives
Related posts from Good Letters