Preaching the End of the World 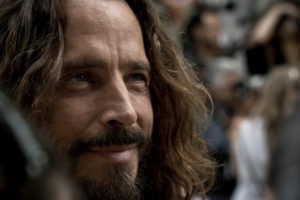 For my husband, Brian Jarboe

I learned the news that guitarist Chris Cornell’s death had been declared a suicide on Thursday, May 18—which also happened to be the fourth day in a row I had not managed to get over to the pharmacy to pick up my antidepressant prescription.

Which meant that I had not taken my medicine for at least four, maybe five, days. I felt vaguely apprehensive about the prospect, for sure, but I’m not a major sufferer and the dosage is low (Sertraline, 50 mg).

In fact, I was amazed at how relatively “normal” I felt, after all. It was a busy week at work with some scary tasks I had to accomplish, amid the usual hours of driving in traffic. I found myself taken over by a rush of passionate energy, in which every word, every moment, everything I had to do, seemed as though it were falling into place, as orderly and infinite as tiles in an Arabic mosaic.

You’ve probably already figured it out, but I was just a wee bit hypomanic.

When I heard the news report—mere hours after Cornell had been found dead in his Detroit hotel room—I was threading my way through D.C. streets in my ragged Volvo on the way to my eight-year-old daughter’s piano recital.

And when I was finally there, sitting in a hot basement stuffed full of parents, and a girl, maybe ten, began singing and playing along to “Burn” from Hamilton, tears started running uncontrollably down my face, and I realized my folly, the delusion I’d had of my own invincible efficiency.

I hadn’t taken my medicine; Chris Cornell had likely taken too much of his own, according to his wife who claimed that any “suicide” had been the result of an adverse drug reaction.

But that news wasn’t announced until the following day. Instead, my husband and I came home, and amid the chaos of displaced furniture from floor renovations, we had a cocktail in the kitchen and blared “Preaching the End of the World” from Cornell’s brilliant 1999 solo album, Euphoria Morning—feeling both old and young at once.

Generational mourning is an odd thing. But unlike, say, the death of Kurt Cobain when I was twenty-five, Cornell’s death hit me hard because the clouds of my mortality are surfacing on my own horizon.

Admittedly, it’s odd that I would write about him. The first time I heard Soundgarden, the album was Louder than Love, it was Thanksgiving week of 1989, and I turned to the guy I was dating and said, “Yuck.”

I later became a Soundgarden fan chiefly in the sense that I was a heterosexual Gen-X female who had been attracted to a succession of brooding musician types—one of whom I eventually married—and that was what they were all listening to.

Years later, when Cornell married his second wife, who was Greek Orthodox, he was chrismated into the Orthodox Christian Church. Orthodoxy is small in the United States, and the realm of converts like me, though growing, is an even smaller and odder group.

Thus, the cadre of fellow Orthodox around my age had the odd sense of not only growing into marriage and parenthood alongside one of the original grunge heroes, but of being more or less part of the same spiritual “family.” Whatever his personal faith or doubts might have been (I’ve got my own, of course), Cornell worshipped, chanted, and baptized naked infants in pictures you can find all over the Internet.

It was therefore another blow to learn he had ended his life by his own hand. The Church traditionally forbids a Christian burial for those who have died via suicide, although the Orthodox Church will make an exception for those cases in which mental health issues are believed to have prompted the death. It is part of a larger concept often emphasized in Orthodoxy, the notion of an “economia,” the granting of an exception to the rules on the grounds of mercy, while maintaining the force of the rule in its place. (As opposed to the general Western trend to relax a theological rule altogether.)

When Cornell’s widow announced that she suspected an adverse drug reaction from Ativan, an anti-anxiety drug, had spurred him to commit suicide, and that he was not in his right mind, I had supposed this to be part of an effort to build a case for economia and a church burial.

As I write this, though, I’ve learned that his body has been cremated, something else that is forbidden in Orthodox tradition. Perhaps that is ultimately an appropriate gesture for someone who stood askance from tradition—partially in, and partially out.

Gen Xers may not be an especially religious generation—in comparison with our boomer elders, who could turn anything, from exercise to consumerism, into a new religion. But we are consummate sufferers. It is we who, as children, bore all the confusing changes in American society over the last fifty years without reaping much satisfaction, although most of us have ended up pretty successful and stable.

There was much, much for us to be angry about, and Soundgarden’s oeuvre was a lasting testament to truth being told. (And therefore, a “Christ bearing,” which is what the very name “Christopher” means.) And a life made stable, we thought, by the end.

“We can say where the Church is. We cannot say where she is not,” the contemporary Bishop Kallistos Ware famously said. I will light a candle, and turn up the stereo. I do believe the Shepherd goes after the one sheep, lost out in the dark.

Above image by Josh Jensen, used with permission under a Creative Commons License. 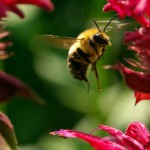 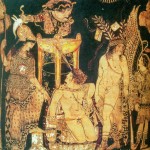