Can we learn to love our trans neighbors?

Can we learn to love our trans neighbors? March 17, 2021 Kathryn Shihadah

Trans bathrooms, trans athletes can give us Christians panic attacks. We need to let go of our fear and take up compassion.

As a conservative-turned-progressive, I’d like to share a bit of my journey to embracing trans people and supporting their rights.

My hope is that a conservative reader out there who is contemplating becoming a turncoat (i.e. progressive), might find it reassuring to hear from someone who is just a few steps ahead on the same path (that’s what Grace Colored Glasses is about – learning to love what, as conservatives, we were conditioned to hate. Please consider subscribing).

I support rights and protections for members of the LGBTQ+ community. As Americans, liberal or conservative, we should all do that. But I have honestly been perplexed about the issue itself.

A few years back, when I struggled with the issue of homosexuality, my breakthrough came because of an individual that I knew and loved who I found out was gay. (Read about that journey here, and here, and here.) It was in that moment when I stopped seeing a group and began seeing individuals. I realized how narrow my viewpoint had been – I’d always understood it as a “bedroom issue,” but it’s not.

My sexuality, and yours, informs our whole being. It is one of the lenses through which we see the world. “The bedroom” is just a fraction of how we live out our sexuality.

Below is a 3-minute video that may speak to some Christians on the issue. It is short and simple, and spoken by a Christian who was humble enough to realize he needed a paradigm change. Please have a look at the clip, and then, scroll down, and let’s talk!

This parent has lived with this issue for years, struggled against it, and finally opened his heart to his child’s truth. As a Christian and the son of a pastor, those years must have been acutely painful for him. He knew what the “doctrine” said (the Methodist Church does not support the LGBTQ lifestyle), and he could not accept having a child who was part of that objectionable community. He rejected his child’s identity because he defined her only by the group he saw her in.

His epiphany came when he saw his child as an individual, not as a category.

Today, he accepts and embraces his child as she is, and she is finally able to be her true self. (And as a bonus, he sees all LGBTQ+ people as individuals and is advocating for them.)

This child apparently knew from an early age what her gender identity was. We have no idea the confusion and anguish she must have experienced when her own daddy wouldn’t let her be herself.

Many Christians have animosity toward trans folks – but unlike this father, we don’t have the privilege of knowing a trans person who can guide us toward love and acceptance.

It’s up to us to cultivate love anyway. Here are two common hurdles we can clear – there are more, of course, but this is a start. 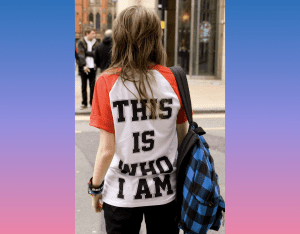 What about trans people in sports?

Many well-meaning Christians seem deeply concerned that a “boy identifying as a girl” is going to win athletic trophies that “real girls” deserve. This used to bother me too. But you know what? Competition is part of life. Every girl and boy has both strengths and weaknesses.

I have a female relative who is over 6 feet tall. She has always owned the basketball court.

Another female relative of mine is naturally muscular and energetic. She can cream any guy at any sport. (Me, I was terrible at every sport – but I could play Bach.)

Everyone falls somewhere on the bell curve in every skill set.

We shouldn’t make the mistake of thinking that a young person who was born male but identifies as female is sailing through life just because they are really good at track. They’re not cheating. They simply have a unique advantage – why would we take that away from them (especially knowing that their lives are probably filled with struggle)?

We need to drop the resentment and accept the fact that some people are just good at some things. It’s not all about us.

Danger in the restroom?

Many Christians also seem concerned about trans people and toilets. We imagine that a “boy identifying as a girl” might go into a girls’ bathroom and do something perverse. I had a hard time with this issue until I got educated (surprise!).

Turns out, public bathrooms have been part of a long, ugly history of fear-mongering and discrimination. It used to be black people who had to pee at home – because, you know, you couldn’t trust a black man to behave himself in the vicinity of a ladies’ bathroom.

Toilets have been weaponized in the past, and it’s happening again. We fear that people who are different might be dangerous or gross, and they can’t be trusted in a bathroom.

We aspire to make life harder for them than it already is – and we call ourselves Christians.

Imagine being the dad in that video. Imagine watching your child struggling with gender from a young age; imagine finally realizing that God made this beautiful little person who happens to be, basically, a girl inside a boy’s body.

Who doesn’t long for those very things? They are not so very different from us, really, are they?

Instead of panicking about toilets and sports trophies, let’s have compassion toward those who very likely have ahead of them a life of struggle. Let’s accept them as they are and love them.

YOU MAY WANT TO READ:

In the new year, resolve to improve your Cultural Intelligence 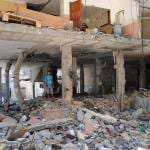 March 12, 2021
"When I was hungry, you handcuffed me" – see Jesus in Palestinian children
Next Post 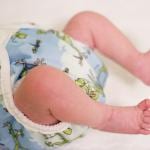 March 22, 2021 Paradigm shift: the Parable of the Diaper
Recent Comments
0 | Leave a Comment
Browse Our Archives
get the latest from
Grace-Colored Glasses
Sign up for our newsletter
POPULAR AT PATHEOS Progressive Christian
1 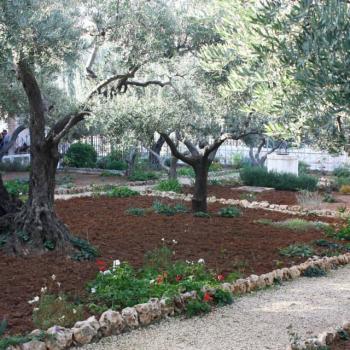 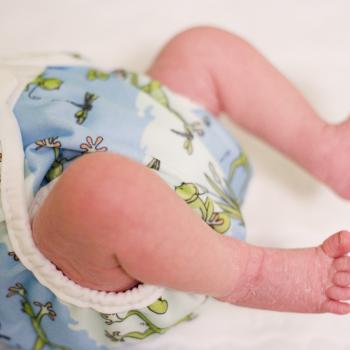 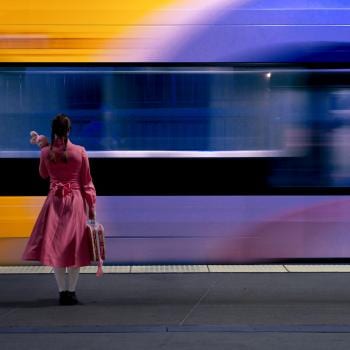