Are masks a form of persecution, or an opportunity for self-sacrifice?

Evangelicals and other conservatives have been spreading all kinds of (conspiracy) theories about masking and vaxxing during the Covid pandemic. Is it Christlike to refuse to take these precautions – precautions that profess to be in everyone’s best interests?

We need to have this conversation because things are, to put it lightly, getting out of hand. A few examples: NBC, and the Washington Post have provided video reports about airline passengers showcasing their “God-given personal freedom.” I hope the thousands of noncompliant passengers do not include Christians, but statistically they probably do (white evangelical Christians are one of the highest demographics for vaccine hesitancy).

As for noncompliance on the ground, many, including among my Facebook friends (mostly residual acquaintances from my days in the Conservative Christian Community – CCC) have been vocal about their refusal to mask or vax; in my North Carolina city, noncompliance is rampant.

Sure enough, as we all know (but many try to ignore), red states have significantly higher Covid rates and Covid deaths than blue states.

My county back in Illinois, home of many of my friends (especially CCC friends – a red enclave in a blue state), has seen almost 40,000 Covid cases (one in seven residents) and almost 600 deaths. One acquaintance of mine knows someone who had a bad reaction to the vaccine, so they are skipping it full stop. One in seven of their friends and neighbors have gotten the illness, 600 have died from it, but they’re skipping the vaccine.

I know this community well. They know how to do simple math. They know the vaccine is safer than the disease. They are professing Christians.

It’s part of a nationwide spike that has resulted in 43 million Covid cases and almost 700,000 deaths.

But we say, “I’m exercising my God-given freedom,” as if God has absolved us of any responsibility to follow regulations we don’t agree with – as if adding the adjective “God-given” to the noun “freedom” makes us not just spiritual and patriotic – but also immune to the coronavirus.

Who do we think we are?

Do we think we’re Daniel, being ordered to bow down and worship a false god, but standing our ground in faithfulness to the one true God? We say, “the body of Christ can not get sick” and “a virus is nothing to God.” (And then when one of us gets sick, it’s something God allowed as part of his plan. God allowed it, not our refusal to mask. God. How dare we?)

Does the mask mandate feel like persecution? Are we being persecuted because “as Christians” we don’t want to obey an “overreaching” government? Or are we being rebuked for ignoring science and putting others at risk (whether or not we believe the risk is real)? Do we really think we know more than experts in virology and public health?

Do we feel oppressed by some kind of communist/fascist/socialist government that wants to destroy Christianity? – as if only a Republican government could care about Christians, and any other has been waiting for the right moment to wipe us out. As if just because Democrats are running the show, Christianity and the entire nation are under attack. Please. (This is the kind of binary thinking I always complain about.)

Do we believe the mask is a slippery slope into full-on Satan worship, and the vaccine is a step toward mind control? Yes, the KKK used to wear masks (hoods, really), but that doesn’t mean mask-wearers should expect to be coerced into joining the KKK. Also, let’s recall that white supremacists don’t generally wear masks now – so the whole argument is irrelevant.

I’ve heard all of these theories and many others, most of them from professing evangelical Christians, many of whom, when pressed, were utterly unable to support their position logically (for example, this). 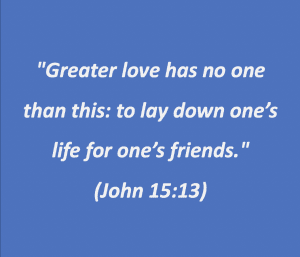 It seems that we’ve forgotten almost everything Jesus taught us. We only remember the times he flipped tables and yelled at people he disagreed with, and we righteously mimic him when we don’t want to comply with rules.

We’ve forgotten that Jesus said, “You shall love your neighbor as yourself” (Mark 12:31), not “you shall turn a deaf ear to your neighbor’s requests.”

And he said, “So whatever you wish that others would do to you, do also to them” (Matthew 7:12). We know he didn’t mean for us to twist this into, “I know you want to be free to not wear a mask, so I’m not going to wear a mask.”

“Bear one another’s burdens, and so fulfill the law of Christ” (Galatians 6:2).

“Do nothing from rivalry or conceit, but in humility count others more significant than yourselves. Let each of you look not only to his own interests, but also to the interests of others” (Phil 2:3-4).

And the writer to the Hebrews added,

“Let brotherly love continue. Do not neglect to show hospitality to strangers, for thereby some have entertained angels unawares” (Hebrews 13:1-2).

In fact, these passages encapsulate the whole Law and the Prophets (Matthew 7:12) – while Jesus’ table-flipping was a single, isolated incident. Love for neighbor (and for God) should be our top priority.

When can we stop?

How far must we take this? Again, let’s turn to the words of Jesus and Paul:

“Whoever wants to save their life will lose it, but whoever loses their life for me will find it” (Matthew 16:25).

“I appeal to you therefore, brothers, by the mercies of God, to present your bodies as a living sacrifice, holy and acceptable to God, which is your spiritual worship” (Romans 12:1).

Presenting our bodies as a living sacrifice. Holding onto our lives loosely, laying them down willingly, loving like Jesus loved – i.e. to the end.

To ponder those words and then throw a fit on a plane or in a mall because of a piece of cloth (whether it’s actually effective or not) requires a studied indifference toward the Word of God.

OTHER POSTS ABOUT COVID:

October 18, 2021 Where your treasure is: how would Jesus handle panhandlers?
Recent Comments
0 | Leave a Comment
"Comments are open at last"
Kathy GraceColoredGlasses Ramadan for Christians: fasting in wartime
"Comments are open"
Kathy GraceColoredGlasses Can Christians lead the way in ..."
Browse Our Archives
Related posts from Grace-Colored Glasses 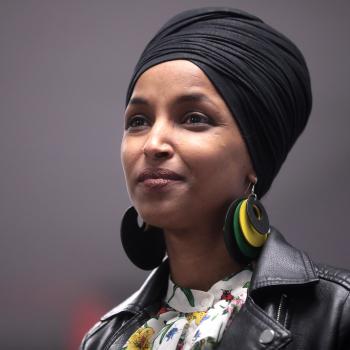 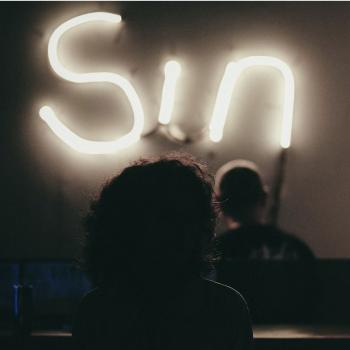 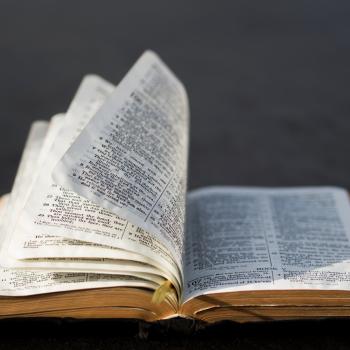 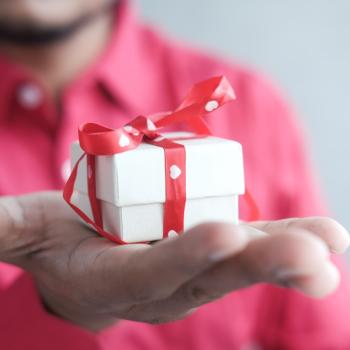