What is This Thing Called Cranberry Sauce?

What is This Thing Called Cranberry Sauce? November 24, 2015 Rick Heller

The Thanksgiving holiday is a great time to take up mindful eating, one of the practices I share in my recently published book, Secular Meditation. With so many goodies on the table, there is a temptation to eat until we burst. Mindful eating can be helpful in preventing overeating.

In a group, mindful eating can also serve as a sort of ceremony or ritual, taking the place that grace does in religious households. But I don’t consider it a ritual because it’s not an arbitrary convention. Mindfulness actually does something to the brain.

Some time ago I organized a “mindful brunch” for the Humanist Mindfulness Group at a taqueria in Harvard Square. The rule was that we could chat while the food was being prepared, but once it arrived, we would spend ten minutes in silence, focused on eating. I pulled out a timer and told people to start. We dug in. My burrito was nice and spicy, but my focused attention elevated it into something memorable. After the ten minutes were up, a fellow diner noted with surprise that he’d not completed his meal. Rather than gobbling it up, he ate slowly and, unusually for him, left some uneaten that he took home in a doggie bag. He also reported a growing sense of fullness in his stomach as he ate and a lessening desire to keep eating. If he hadn’t been eating mindfully, he would have blown past those subtle signals and kept eating until he was stuffed.

If you eat slowly and mindfully, you will eat enough to satisfy your hunger, but you just might stop yourself from overeating. That’s one of the messages of the 2010 book Savor by the nutritionist Lilian Cheung and the Zen master Thich Nhat Hanh. A third of U.S. adults are obese, more than double the rate of thirty years ago, and this increase has been linked in part to increased consumption of fast food. In addition to concerns about the nutritional content of fast food, the culture of eating fast may cause people to eat more food than they really need. Evidence that slower eating leads to lower calorie intake is mixed, but this practice is certainly worth a try.

Mindfulness is paying attention to what is going on in the present moment with an attitude that is nonjudgmental, welcoming and friendly. A family feast can be a feast of sensations, using all five of your senses. For this to happen though, silence helps, because chatter—whether inside your head or around the table—distracts from a focus on the sensory. So, for Thanksgiving, if you can convince others at the table, you might start your meal with a few minutes of silence in which you notice:

After you swallow the food, how does it sit in your stomach? Does it make you feel energized or leaden? As you continue to eat, do your desire and interest in the food diminish? Do you get to a point when you’ve had enough?

One trick is to imagine that you’ve never had the food item before, and don’t even know the ingredients. Approach it with curiosity and skepticism. What is this thing called cranberry sauce?

Greenway, and Donald A. Williamson. “Slower eating rate reduces the food intake of men, but not women: implications for behavioral weight control.” Behaviour Research and Therapy 45, no. 10 (2007): 2349; 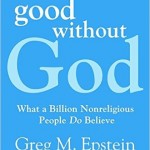 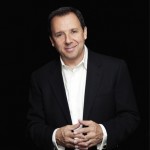 December 1, 2015 Humanist Community Day Speaker #1: Ron Suskind on Life, Animated
Recent Comments
0 | Leave a Comment
"If Schadenfreude means happiness at the misfortune of others, I wonder what the Germans would ..."
Jezebel'sOlderSister Enjoying The Happiness of Others
"I really enjoyed the conversation, Rick! I thought it was fascinating to find which aspects ..."
Dr. Gleb Tsipursky Finding Meaning with Science and Mindfulness
"Science must always be skeptical of its own findings?Except, of course, when it comes to ..."
Obama's Creamy Nut Butter Science Must Always Be Skeptical of ..."
"Read some biblical scholarship. The history of Israel in the bible is not exactly what ..."
candide Science Must Always Be Skeptical of ..."
Browse Our Archives
get the latest from
Nonreligious
Sign up for our newsletter
POPULAR AT PATHEOS Nonreligious
1 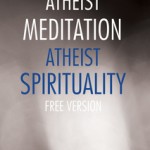 Nonreligious
Meditation 1: Prometheus and Rollo May
The Godless Congregation