5 reasons to obey the leash law (yes, I’m talking to you)

I took my dog Bandit for a walk today in Corbett’s Glen, a nature park here in the suburbs of our hometown of Rochester, NY. In general, I avoid walking in the woods by myself. It’s kind of scary for me. I prefer the cemetery. For whatever reason, I feel less alone among the dead. But we’ve been exploring new places to romp and someone told me this was a great trail

When I walk Bandit in the woods or the cemetery, he’s usually on a long training lead. That gives him more than ample room to wander around when we’re alone. But I’m constantly watching for other people and animals; as we see someone in the distance or when a car passes us in the cemetery, I call Bandit to my side and make him sit nicely until the people or car have passed. It’s something we started working on when he was doing his therapy dog training and I’ve just kept it up.

It keeps him from jumping on strangers, from wandering in front of a car, and also from having a surprise confrontation with another dog. In fact, several times during a walk, I’ll call him back to me for a treat, just to make sure we’re communicating.

In this park there are several prominently displayed signs reminding people that all dogs must be on a leash, and that there is a $75 fine for violaters. Here’s the problem, of course: there are dog owners who refuse to obey the leash law.

I know, it’s tempting to let the dog run off lead in the woods. People tend to think that the chances that you’ll meet another person in the woods are fairly slim, especially on a weekday afternoon. But they’re not. It was about noon on a Tuesday afternoon when Bandit and I were exploring in the woods. In just the hour we were out, we met two people with dogs (leashed) and two other people just walking the trail.

And then there was the lady with the German Shepherd.

I could see a woman and her dog coming towards us. She was walking slowly and her dog was at her side. Bandit was a little bit ahead of me, peeing on every tree on the path; he didn’t see the dog. I called Bandit; he came to me right away and sat. As I reached into my bag to get him treat, the woman’s German Shepherd came charging at us, full speed.

I yelled to the woman, “GET YOUR DOG!” She lazily strolled to us as her dog was completely overwhelming Bandit, sniffing and forcing himself  into Bandit’s space and uncomfortably close to me. When the woman finally got to us, I told her to put her dog on a leash.

“Oh, my dog is friendly,” she replied.

Bandit is actually a really friendly dog and has never had a problem with other dogs.  But his recent confrontational interactions with Bailey have left him very skittish and nervous, especially if he feels threatened or feels as if someone is threatening me. I don’t know for sure that he wouldn’t react, bite, or otherwise defend himself (or me) if forced into the situation. At that moment, he was licking his lips and trying to look away from the other dog, signs that he was feeling anxious.

“Oh,” the woman said, as if it never occurred to her that another dog might not want her rambunctious dog charging at it. “I tried to get the leash on him but he got away before I could.”

Here’s a clue: if you keep the dog on a the leash, then you won’t have to worry about it getting away from you.

The woman wanted to chat – “That’s a pretty dog,” she said about Bandit – but I just walked away, and said, “Keep your dog on a leash. Really, are you that stupid?”

Honest. I am generally not rude to strangers. But as an animal advocate and a responsible dog owner, I know that there’s a reason you’re required to keep your dog on a leash. Her complete disregard for the law, coupled with an arrogant attitude that everyone must love her dog as much as she does, are the perfect recipe for a dangerous situation.

So here are 5 reasons you should obey the leash laws:

1) It’s the law. At the risk of stating what should be obvious, if there’s a law in your town that your dog must be leashed (and under your control, not one or the other), put the leash on the dog. So what if you think the chances are slim that you’ll meet anyone in the woods? Does that mean you have the right to break the law, just because no one is looking?

2) When your dog is under your control – meaning you have him on a leash – he’s less likely to get into something he’s not supposed to. Off leash and romping unfettered through the nature park, he may eat something he’s not supposed to, step in a bee hive, fall into a hole, drink from a polluted puddle of standing water, eat a dead animal. There’s often glass, stray food, or other remnants of late night parties off the path that could be dangerous for Fido. And what happens if he’s roaming free and encounters a wild animal, like a skunk? For your dog’s sake, keep him with you and under your control.

3) Just because your dog is friendly doesn’t mean every dog is friendly. The woods on a midweek afternoon is the perfect place to exercise a dog who may not like other dogs. Not all dogs do well in puppy play groups or on pack walks, and that doesn’t make them bad dogs. Some of them just need to walk alone. If this woman’s German Shepherd had charged at a dog with that mindset, they could have had a dog fight on their hands. And regardless of who was at fault (in this situation, the other woman), both dogs and owners could have been injured.

4) Not everyone you meet on the trail is physically able to withstand a dog jumping on them, even a nice dog. What if the German Shepherd had charged at a family with children? There could have been a dog bite, scratches, or even injury from the dog knocking down a child. How about someone elderly? I can’t tell you the number of older people I see out walking in the parks, especially in a park like this one, with wide paths clear of brush and covered with a soft layer of wood chips.

5) People have the right to walk in a public park without being confronted by loose dogs. In contrast, dog owners do not have the right to let their dogs run loose in the park. There are dog parks locally where dogs can play off leash and there are any number of facilities that have doggie play groups. But just because there are dozens of acres of nature trails available doesn’t mean you get to break the law and let your dog run loose.

I know, I know. Every dog owner thinks their dog is the friendliest, greatest dog in the world, and that everyone else should love their dog the way they do. But as a dog owner, let me let you in on a little secret: I don’t like your dog. In fact, I’m a little afraid of other people’s dogs. And I say that as someone active in the animal rescue community. But I don’t want your strange dog jumping on me, running at me, or otherwise interacting with me without my permission.

Being a responsible dog owner is than just feeding Fido a grain-free diet or buying the latest, trendy toys or debating the merits of positive training methods. If you can’t own a dog and also obey the law, maybe you should get a hamster.

September 6, 2012 Vote for the most unusual pet insurance claim in the 2012 VPI Hambone Awards
Recent Comments
0 | Leave a Comment
""
uavgas The election, fear, and an opportunity ..."
""
alexagotfeelings Election 2016: What would Susan B. ..."
""
Lady-Chaos 5 ways to keep your dog ..."
""
Macop Cops, Dallas, and Life With A ..."
Browse Our Archives
Related posts from Heavenly Creatures 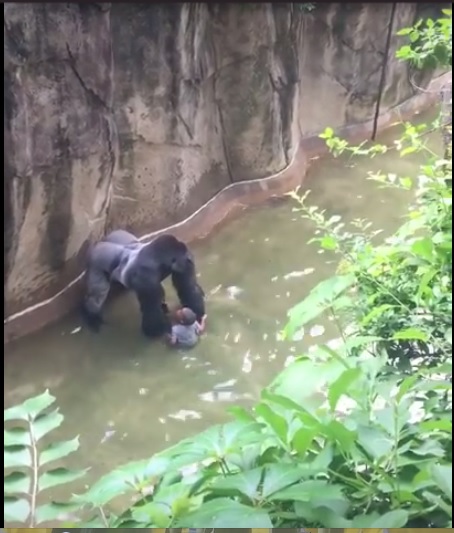 New Visions
A gorilla, a boy, and life in the...
Heavenly Creatures
TRENDING AT PATHEOS New Visions