Marian Reflections V: The Perpetual Virginity of the Theotokos (Part 3)

Mary’s perpetual virginity was not accidental; it was something which she intended for herself from an early age, an intention which she found God had approved. When Mary asked Gabriel, “How shall this be, since I have no husband?” (Lk. 1:34 RVS), this would make no sense if there was not already implied by her response that she had given a special vow to God indicating to him that out of loving service to him she would remain a virgin and never know any man – not even a husband if she were to have one – in a sexual manner. She knew that pregnancy came from sexual reproduction. If she expected and planned to have a normal marriage, where it would be consummated with sexual union, then why ask how could it be? The answer would be simple. She would have thought Gabriel meant that after she married Joseph, her betrothed, she would become pregnant and have a child. But the annunciation was a surprise – she would give birth. How could that be?! Gabriel gave the answer. He told her it would be done by the work of the Holy Spirit, so that she would not need to know any man and break her vow: “And the angel said to her, ‘The Holy Spirit will come upon you, and the power of the Most High will overshadow you; therefore the child to be born will be called holy, the Son of God’” (Lk. 1:35 RSV).

Mary was entirely dedicated to God as the handmaid of the Lord (cf. Lk 1:38). Her perfect fidelity to God opened her up to the special privilege of being the Mother of God, Jesus the Messiah.  Whatever God told her to do, she would do, thanks to the perfection of grace in her which allowed her to do it. While we can serve God with families, that is, we do not all have to be virgins, Scripture tells us there is a special holiness, special glory, reserved for those who would remain virgins throughout their lives (cf. Rev. 14:4). Paul said that virgins are freer to follow God, to leave behind all worries, all conflicts which would divide their time and attention away from God’s works. Paul explained that celibacy is not commanded, nor expected, for Christians, but he also said that those who remain celibate and unmarried have an advantage; thus, virgin women finds themselves better equipped to live a life in total service and submission to God:

And the unmarried woman or girl is anxious about the affairs of the Lord, how to be holy in body and spirit; but the married woman is anxious about worldly affairs, how to please her husband. I say this for your own benefit, not to lay any restraint upon you, but to promote good order and to secure your undivided devotion to the Lord. (1Cor. 7:34-5 RSV)

There is no one who represents such devotion to God better than Mary, the true and proper handmaid of the Lord. No one can be found like her. Mary was able, in and through her devotion, in and through her perfect fidelity, to entirely give herself to God without any hesitation. He took her offering and used it to establish the incarnation. She could not have been the handmaiden of the Lord if she had chosen any other path. She would not have been able to be the pure living sacrifice for the sake of the kingdom of God if she had chosen a lesser lot (however good any other path might have been, its glory would have been a lesser glory than she needed to have).

Clearly, it was not just her virginity, but her whole life, her whole attitude coming from a humble love for God, that enabled Mary to be so great; all she did was out of her great love for God. Her work, accomplished out of such love, is what made her so pure; virginity by itself was not what made her holy, but rather, it was her purity of heart which lead her to follow God in all ways and therefore, to remain a virgin.[1] And Joseph, chosen to protect her, would have been amiss if he did not protect that purity; this is why Aquinas declared that Joseph would never have considered such an affront against God as to have children through Mary:

Fourthly, it would be tantamount to an imputation of extreme presumption in Joseph, to assume that he attempted to violate her whom by the angel’s revelation he knew to have conceived by the Holy Ghost.[2]

Thus, as St Athanasius declared, Mary is the representation of a perfect devotion to God:

For she desired good works, doing what is proper, having true thoughts in faith and purity. And she did not desire to be seen by people; rather, she prayed that God would be her judge. Nor did she have an eagerness to leave her house, nor was she at all acquainted with the streets; rather, she remained in her house being calm, imitating the fly in honey. She virtuously spent the excess of her manual labour on the poor. And she did not acquire eagerness to look out the window, rather to look at the Scriptures. And she would pray to God privately, taking care about these two things: that she not let evil thoughts dwell in her heart, and also that she not acquire curiosity or learn hardness of heart. And she did not permit anyone near her body unless it was covered, and she controlled her anger and extinguished the wrath in her innermost thoughts.[3]

All of Mary’s life was about her service to God. She was not concerned for nor sought after earthly pleasures for their own sake. She shows us the height of human perfection, even the height of human devotion to God. Nothing got in the way of it. Because she was chosen to give birth to God, she had to be a handmaid who at once lived apart from sexuality and yet to have a family, to be the fruitful virgin, showing the spiritual glory of virginity in a world which often decries it. Thus, dogmatic theology, understanding that Scripture declares such a great glory for Mary, also sees with it the implication that she devoted herself to God, remaining perpetually a virgin, even though she gave birth to God the Word.  She affirmed her place as the handmaid of the Lord, a place which requires special devotion that transcends ordinary humanity, even as her task transcended the task given to any other man or woman in history:

He searched her and found humility and holiness in her,

and limpid impulses and a soul desirous of divinity.

And a pure heart and every reckoning of perfection,

because of this He chose her, the pure and most fair one.[4]

Thus, the perpetual virginity of Mary is important because by it she fulfills her mission as the handmaid of God. While early Christian records indicating her perpetual virginity are important, because they show the historical context from which the theological fact is observed, the significance of the teaching lies in the fact that what she did works in union with the work and accomplishment of Christ. Prophecy had to be fulfilled. God the Word needed the most perfect of women, the most devoted of women, for the incarnation. He needed her to be totally open to him and give her very being over to him. If there was any lack in her devotion to God, any earthly concern which got in her way with following God, how could she be a fit mother for God the Word?

[1] We could remain a virgin, and sin in many other ways, and so be less than a holy follower of God. What good is virginity if we are murderers, killing people for the sake of some perverse pleasure? But when virginity is combined with other holiness, it makes the holiness that much greater.

[3] St. Athanasius, “First Letter to Virgins,” trans. David Brakke in David Brakke, Athanasius and Asceticism (Baltimore: John Hopkins University Press, 1995), 277-8. Athanasius continues to describe the many virtues of her youth, so that her virginity was seen coming from a wide range of perfections and not separate from the rest. She, who is full of virtue, is capable of meeting us all in our virtues, though she has a special heart for virgins, who like her, took a special devotion to God to overcome the desires of the flesh, giving it up for a higher way of life. 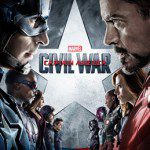 April 20, 2016
Even in a Civil War, Heroes Can Remain Heroes
Next Post 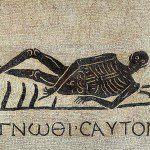 April 25, 2016 Know Love, Know Thyself
Recent Comments
0 | Leave a Comment
"Thanks. Yes, I don't know how people can read the Gospels any other way."
Henry Karlson Faithless Faith And Ineffective Prayers
"Free will does not reject grace. It is a synergy. For example, it is God's ..."
Henry Karlson Workers With God
"We as human beings are thinking individuals with free choice. We have advanced our societies ..."
Art Holdsworth Workers With God
"You nailed this whole issue with your third sentence--Jesus told his followers what to DO! ..."
Kevin Stolz Faithless Faith And Ineffective Prayers
Browse Our Archives
get the latest from
A Little Bit of Nothing
Sign up for our newsletter
POPULAR AT PATHEOS Catholic
1 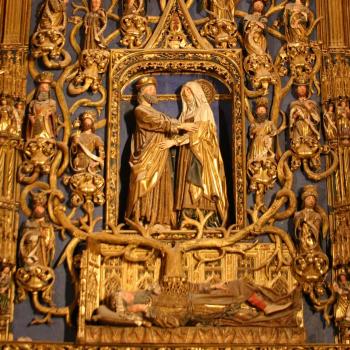 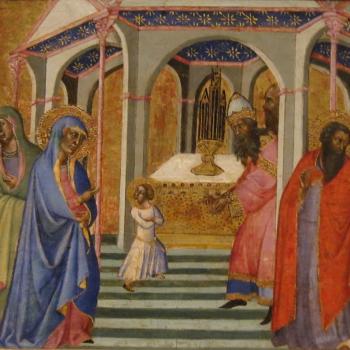