For The Third Sunday of Lent: The Adoration Of The Holy Cross

For The Third Sunday of Lent: The Adoration Of The Holy Cross March 17, 2017 Henry Karlson

During their long journey from Egypt to the promised land, the people of Israel would often become restless, then angry for not finding earthly satisfaction, and finally their inward spirit would show itself as they would grumble against Moses and God. Many forgot the terrible treatment they suffered at the hands of the Egyptians, and looked back to their time of slavery with nostalgia, for at least they were comforted back then knowing they could stay in one place, and feel secure with the fact that they lived in and found themselves prospering under the greatness of Egypt.

Certainly, the resentment of the tribes of Israel increased as the years went by and they did not find themselves any closer to entering the promised land. They expected an immediate return to their homeland, instead of the long and treacherous journey which they had to go through to get there – and so, the longer it went, the more they would grumble, leading to all kinds of sinful reactions to God and Moses.  A great example of this is recounted in the book of Numbers, when, after their grumbling, they found themselves under attack by various “fiery serpents.” When they repented of their actions, God told Moses to catch one of the snakes, put it on a pole, so that anyone who is bitten can look upon that bound snake and find themselves cured by it:

From Mount Hor they set out by the way to the Red Sea, to go around the land of Edom; and the people became impatient on the way. And the people spoke against God and against Moses, “Why have you brought us up out of Egypt to die in the wilderness? For there is no food and no water, and we loathe this worthless food.” Then the LORD sent fiery serpents among the people, and they bit the people, so that many people of Israel died. And the people came to Moses, and said, “We have sinned, for we have spoken against the LORD and against you; pray to the LORD, that he take away the serpents from us.” So Moses prayed for the people. And the LORD said to Moses, “Make a fiery serpent, and set it on a pole; and every one who is bitten, when he sees it, shall live.” So Moses made a bronze serpent, and set it on a pole; and if a serpent bit any man, he would look at the bronze serpent and live (Num. 21:4 – 9 RSV).

Jesus, in reflecting upon this event, saw it as a representation of himself and how he would take away the sins of the world: “And as Moses lifted up the serpent in the wilderness, so must the Son of man be lifted up, that whoever believes in him may have eternal life” (Jn. 3:14-15 RSV). The people of Israel represent the life of all the people of God while they are on earth. For as we live and dwell upon God’s beautiful creation, we find ourselves on a spiritual pilgrimage; we should strive to take ourselves out of the bondage of sin, represented by Egypt, and into the promised land of the kingdom of God. During our temporal existence, we will often find ourselves grumbling against God for what we experience in our lives. Likewise, in our anger, sorrow and confusion, many if not most of us will turn our backs on God, even if for a time, and so long as we turn away from God, we will find our pilgrimage halted, preventing our full entrance into the promised land of the kingdom of God found within ourselves. It is at those times we will find ourselves under attack by the dark powers that be, to the fiery serpents which would like to infect us with their spiritual poisons of delusion, greed and ill will. When we find ourselves poisoned by such sins, we must look up to the cross, and let Christ come and help us, otherwise, we will find ourselves slowly dying in the spirit, until at last, we will face the possibility of the second death. 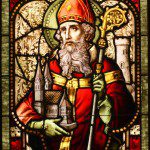 March 16, 2017
Spiritual Pilgrimage, St. Patrick And The Call Of God
Next Post 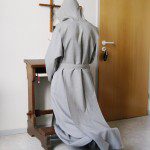 March 20, 2017 We Must All Work Out Our Own Salvation
Recent Comments
0 | Leave a Comment
Browse Our Archives
get the latest from
A Little Bit of Nothing
Sign up for our newsletter
POPULAR AT PATHEOS Catholic
1 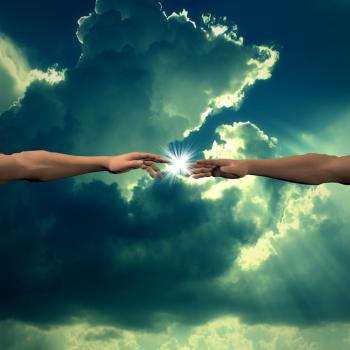 Catholic
Our Actions, Not Fate, Determine What We Experience
A Little Bit of Nothing
TRENDING AT PATHEOS Catholic