“Trump Repeals Regulation Protecting Workers From Wage Theft,” reads the headline of from a Huffington Post Article.  President Trump is interested in removing regulations which he says hurts business. His heart is with big business, not in the workers. This is why it is not surprising that he would allow businesses to violate basic ethical expectations by removing regulations which place a minimum standard by which businesses which receive government contracts must follow. That is, wage and safety laws which look after the interest of the worker are seen as hindering businesses, and so Trump thought they must be removed.

Business has become a beast. It believes that  the law of the jungle gives it the right to trample anyone who stands in its way. Businesses can grow and gain power if they have no ethical regulations they must follow. There is no doubt about that. But should we allow them to become giant beasts destroying all that come to them? Should we accept the interest of business profits transcends the interest of workers to a dignified work experience? This is where we stand today. This is the question before us. So many seem to venerate businesses so much that they think everything and everyone else can be sacrificed at its altar so that they can thrive.

Donald Trump constantly shows himself favoring the rich and powerful by denying basic rights for the poor and the weak. Every week, Trump shows his preferential option for the rich, and every week, Catholics who know that the real preferential option is for the poor speak out only to find many fellow Catholics denigrating them with all kinds of false names. “When I give food to the poor, they call me a saint. When I ask why they are poor, they call me a communist,” Dom Hélder Pessoa Câmara famously said, and the fruit of such assertions remain with us to this day, as Catholics who struggle for justice find all promotion of social justice declared as “socialism.” But as Catholics, we must heed the message of Christ. He warns us of undue adulation of the rich, indeed, he warns them of what is to come:  “”But woe to you that are rich, for you have received your consolation” (Lk. 6:24 RSV).

When Donald allows the beast, big business, to walk on ordinary workers, we must speak out. We must say no, this cannot be allowed, for this is not acceptable. The poor must not be oppressed merely because they have to work at the beck and call of greedy corporate heads who feel they have no obligation to take care of the workers they hire. We must say enough is enough. Business and profit is made for humanity not humanity for business. When business with its profits becomes the end goal, we have raised up an idol which will demand sacrifices of all who come to it for its favors. We must not sacrifice to that idol, even as we would not sacrifice to Caesar; for if we do, we risk our damning our souls. 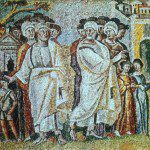 March 28, 2017
The Lesson of Sodom and Gomorrah
Next Post 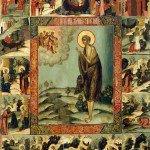 March 30, 2017 For the Fifth Sunday of Lent (The Sunday of Mary of Egypt)
Recent Comments
0 | Leave a Comment
Browse Our Archives
Follow Us!

Go Ahead. Take Down Statues of...
Public Catholic
Related posts from A Little Bit of Nothing 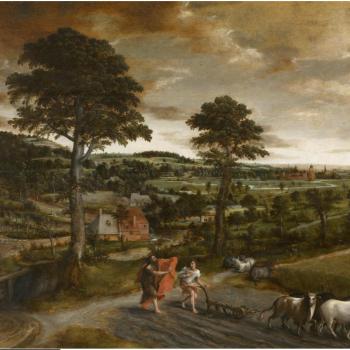