Blasphemy of the Holy Spirit

Perhaps one of the more confusing Scriptural passages to interpret comes from when Jesus talks about blasphemy against the Holy Spirit. He says, contrary to our expectations that God seeks to save all sinners, that those who blaspheme the Holy Spirit will not be forgiven, either in this age, or worse, in eternity:

If God so loves the word that he sent his son, Jesus, to reconcile the world to himself, how can there be any sin which is unforgiveable? A literalistic reading of what Jesus said should trouble any reader of Scripture. It suggests a different vision of God than the one is revealed at the cross, where the heart of God is exposed.

Since the revelation of God at the cross demonstrates to us the purest vision of God’s being which we can have, we must therefore seek to understand what Jesus was saying about blasphemy of the Holy Spirit which will not reject God’s open heart for sinners. We must not understand Jesus as saying that if someone, with no knowledge of God, no proper understanding of the Holy Spirit, will not be able to repent and turn to God if they ever say something against the work of the Holy Spirit in the world. Moreover, since Christians are called to test the spirits, would the Holy Spirit damn someone for making a wrong assessment in a particular situation, merely because someone sought out the truth but interpreted the situation wrong and so spoke out against what the Holy Spirit is revealing through someone else?

This declaration of oneself will be made in time, which is why they will not receive such forgiveness in this age, but will be reified at the end of one’s own life, which is why it becomes an eternal declaration against the Spirit and so will not receive forgiveness in the world to come. Time, after all, reflects eternity, and what is denied in eternity will be denied in time. On the other hand,  what is denied in time, because of the changeability of time,  is not necessarily what is denied in eternity; as long as someone is within time, they have room to change and to develop their eternal representation. What is done in time is taken into eternity.  Each segment of time is only a partial representation of eternity. What is done in time, when it is collected and summarized as a whole, is what points to and shows how one defines oneself for eternity. At each moment of time, we find ourselves in a crisis point, where we are able to engage eternity as we develop our eternity image, and so each moment of time is a time of self-declaration, but it is only once we have finalized our life, and our image, in and through death, that what we have made of ourselves is truly capable of being revealed through the judgment of Christ. 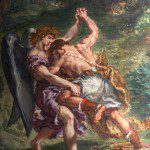 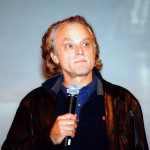 April 12, 2017 The Wormtongue Option
Recent Comments
0 | Leave a Comment
"To my mind, it all hangs on who handed Jesus over to Pilate.Jesus had told ..."
Elephile Jesus, Pilate, And The Death Penalty
"I listen to our Holy Father and all in union with him.God bless you. 🙂"
Love God :) Prudent Clergy Must Continue To Realize ..."
"While I agree to some extent that those responsible for the production of the vaccine ..."
Chris Royce Vaccines, COVID19, And The Christian Obligation ..."
"“Obedient to the authorities...”That’s our problem-as our mayors and governors go power mad, we are ..."
BJ Prudent Clergy Must Continue To Realize ..."
Browse Our Archives
get the latest from
A Little Bit of Nothing
Sign up for our newsletter
POPULAR AT PATHEOS Catholic
1 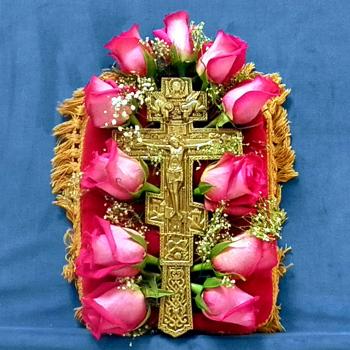 Catholic
The Cross, A Sign Of Love
A Little Bit of Nothing 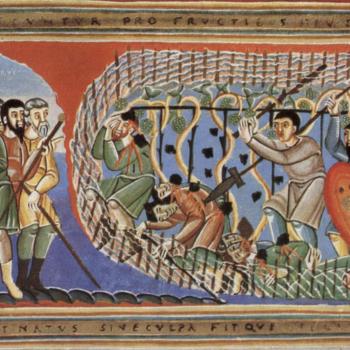 Catholic
The Strength Of Love
A Little Bit of Nothing 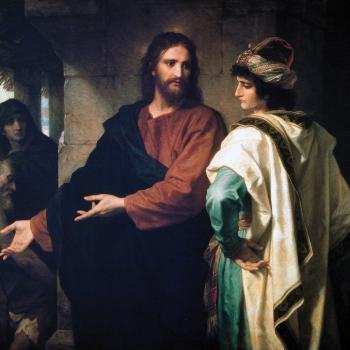