True Greatness is Found in Love 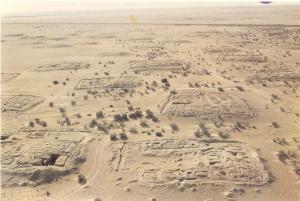 Abba Amoun of Nitria came to see Abba Anthony and said to him, ‘Since my rule is stricter than yours how is it that your name is better known amongst men than mine is?’ Abba Anthony answered, ‘It is because I love God more than you.’[1]

This saying of St. Anthony reminds us of the proper motivation for any and all spiritual work: the love of God. It is easy to get started in a good work but then end up subverting that work by cutting it off from the spiritual foundation of that work, love for God, and turning towards an attachment to the work itself as a means of self-glorification. Ascetic labors should serve a purpose: helping us open ourselves up to giving and receiving love. If we fast seven days a week, eating only a little food and drinking a little water each day, if we scourge ourselves for our sins,  or if we keep late night vigils receiving little sleep, but have all of these things without love, we are nothing. Ascetic discipline for the sake of ascetic discipline, ascetic discipline practiced as a kind of sporting competition against other ascetics, ascetic discipline engaged for the sake of self-glory has entirely ignored the meaning and intent of such discipline. Without love, it is nothing; without love, it just makes us wither away. If fast without relief, without any strength from the Spirit of love, we will end up breaking down and destroying ourselves; ascetic discipline is not about who can deprive themselves the most, but rather, they are done to help us overcome our undue attachments to the things of the world and the habits of sin which we have developed through our carelessness. Asceticism is meant to be done for purification, for transformation, so that those who practice them right will find themselves becoming holy in the imitation of the God who is love. Otherwise, we can do great things only to find we remain trapped in the worthlessness of our self-attachment: “If I give away all I have, and if I deliver my body to be burned, but have not love, I gain nothing” (1 Cor. 13:3 RSV).

Amoun (Ammon) is considered the third great Egyptian monastic leader after Sts. Anthony and Pachomius. He was raised in a rich family, and even entered into marriage, as was expected of him, but he did not  feel the call to secular married life. Both Amoun and his wife wanted something else; while married, they worked together to develop their ascetic discipline, and after eighteen years together, they decided it was best to establish separate residences,  with Amoun going into Nitria, while his wife established a religious household for women.

Amoun, it is said, followed a rather rigorous discipline, laboring hard during the day while following an extreme fasting regiment that allowed him only a little bread and water during the week. His focus, then, was on the discipline; which is of course, in a monastic setting, legitimate, though it also meant that he did not, as Anthony suggested here, entirely understand the point of the asceticism. It was good, but it was not yet perfect. He achieved a lesser level of holiness which was good and worthy of respect, but it would become something more, something greater (and not so legalistic), when it was mixed with a love for God. Anthony’s greatness was not found in the fact that he had done extraordinary ascetic labors, even if he did them; it was because he opened himself up to God, that his labors helped purify his heart so he could love God and receive God’s love back without the defilement of sin getting in the way. This led him to live the ascetic life as a life of joy, a joy which Anthony wanted to share with others.  He wanted them to be able to open up with their hearts to God and that was the point of the discipline: “I want God to give you a heart of knowledge and a spirit of discernment, that you may be able to offer your hearts as a pure sacrifice before the Father, in great holiness, without blemish.”[2]  For Antony, then, asceticism was away to follow the path of love, love for God and for each other, and this is what Anthony proclaimed was necessary for monks; it would be easy for monks, ignoring this point, to go astray and fall off the path of holiness through pride:

Truly, my children, I want you to know that there are many who have pursued asceticism throughout their life, but lack of discernment killed them. Truly, my children, I think it is no great wonder, if you neglect yourselves and do not discern your works, that you should fall into the hands of the devil, when you think you are near to God, and that in your expectation of the light, darkness shall overtake you.[3]

When the heart is enflamed with love for God, the person will become tireless in pursuit of God, doing all that they can do because of that love. It will not have them pursuing God for the sake of fame or honors, but for the sake of God himself. The more someone acts out of and through pure life, the greater the person will become, and the more other-worldly and different they will seem to everyone else. Yet, and this is key, they will be living for God, loving God, and so love the world because God created it; they will be working for the world and its improvement instead of against it and those who remain in it. “He who has realized love for God in his heart is tireless, as Jeremiah says (cf. Jer. 17:16 LXX), in his pursuit for the Lord his God, and bears every hardship, reproach and insult nobly, never thinking the least evil of anyone,” as St. Maximos the Confessor proclaimed. [4] Love changes the quality of our actions, transforming their meaning and intent; through love, self-seeking is turned into self-denying transcendence. Sin weakens the heart, weakens love, which is why asceticism, in its pursuit of purification, can lead to greatness, so long as the person truly lets their heart cast off all such defilement which hinders love; otherwise, all such labors are for naught.

What made Anthony great was not his asceticism, though it was a part of who he was and what made him a saint; it was his great love for God. He did not labor for glory; he did not pursue exaggerated ascetic feats for the sake of showing off, but for personal correction and purification. He wanted to open himself up with a pure love for God, and in that love, he gave his all. He loved his neighbor as himself because he saw in them the one God loved. The core of his rule was the core of the law itself: the law of love. It was such love that made his rule, his practice, transcendent; it was such love which opened Anthony up to God and allowed God to lift him up beyond himself and truly become a great follower of Christ. Such love, once he was able to live it out, truly made Anthony shine and to be known and loved by many, not just those in the desert. He was to be seen as a representative of the better way, of the way of Christ. Anthony loved people; he sought to help them, never neglecting them.  Even when he went out into the desert, he prayed for the world and guided it with his wisdom. He went to the Christians held in prison and ministered unto them, feeding them and comforting them, hoping to join them within the cell.  When the Arian crisis arose, he went to Alexandria to speak against the heresy and to defend his friend, Athanasius; he did not go into the desert to hide from the world, but to open himself up to the way he could best help the world and follow God in the way of love. Amoun had learned the discipline, but through Anthony he was able to learn its purpose and truly become a leader in the desert like unto Anthony himself. 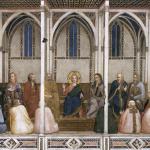 October 23, 2017
Christians Must Learn From the Worst Aspects of Their History and Avoid the Mistakes of the Past
Next Post 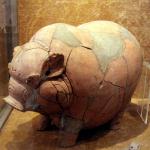 October 25, 2017 Removing Protections For the Poor is Not a Christian Action
Recent Comments
0 | Leave a Comment
Browse Our Archives
get the latest from
A Little Bit of Nothing
Sign up for our newsletter
POPULAR AT PATHEOS Catholic
1 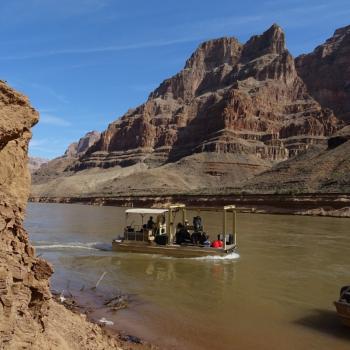