Christians Must Oppose Racism If They Are To Follow Christ

Christians Must Oppose Racism If They Are To Follow Christ January 24, 2018 Henry Karlson 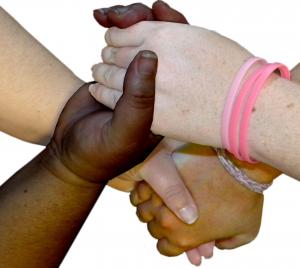 Pope Benedict XVI was concerned with the rise of racism in the 20th and early 21st centuries:

How important it is, especially in our time, that every Christian community increasingly deepens its awareness of this in order also to help civil society overcome every possible temptation to give into racism, intolerance and exclusion and to make decisions that respect the dignity of every human being! One of humanity’s great achievements is in fact its triumph over racism. However, unfortunately disturbing new forms of racism are being manifested in various Countries. They are often related to social and economic problems which can, however, never justify contempt and racial discrimination. Let us pray that respect for every person everywhere will increase, together with a responsible awareness that only in the reciprocal acceptance of one and all is it possible to build a world distinguished by authentic justice and true peace.[1]

Once, it was believed that the evils of racism were slowly being weeded out of modern society. But, as should be obvious with racism taking power in contemporary society, its root causes were not dealt with, leaving, therefore, a power-vacuum which could be and would be manipulated. The seeds of racism remained.  They were able to be planted in fertile soil once again due to the lack of justice in the world. As St. Ambrose understood, human society is able to be kept together by the combination of justice and good will, with the whole of humanity being seen as one community which should work for the betterment of all:

Justice, then, has to do with the society of the human race, and the community at large. For that which holds society together is divided into two parts —justice and good-will, which also is called liberality and kindness. Justice seems to me the loftier, liberality the more pleasing, of the two. The one gives judgment, the other shows goodness.[2]

As society has moved away from the common good, as every man and woman started looking out for their own advantage over others instead of seeking to help each other, injustice prevailed. Faced with such injustice, some continued to seek after justice and engage others with compassion, but others took selfishness to heart, thinking that no restriction should be placed upon them as they seek to take advantage of others for their own private pleasure. Racism is able to breed in such an environment because it suggests a way such advantages could be developed or found. They will justify what they do as a result of the racism which they have embraced: it is the fault of someone else, the victim of their evil, with scapegoating used to justify any and all abuse which the racism generates.  The common human bond has been broken by sin, creating as a result, little pockets of humanity coming together so that they can make war upon each other.

Christians, following Christ, are meant to mend what sin has destroyed; there is to be no male nor female, no Gentile or Jew, but one common humanity which is bound together in a communion of love. Where sin separates, love joins together. Racism separates and divides; Christians therefore must find the causes of those division, listen to those suffering from it, and find a way to heal the breach. This means they must first be willing to listen, to actually hear the problems which have emerged, and to take action based upon the needs of the oppressed, as Pope Benedict XVI also explained:

The situations of racism, poverty, conflict, exploitation, sickness and suffering in which they find themselves because of the impossibility of being able to make themselves understood in their needs, gives rise in them to an acute need to hear the word of God and to speak courageously.

Is not being deaf and mute, that is, being unable either to listen or to speak, a sign of a lack of communion and a symptom of division? Division and the inability to communicate, a consequence of sin, are contrary to God’s plan.[3]

When we see artificial boundaries being used to justify discrimination of others, when we use artificial boundaries and try to reify them with walls and military might, we are willfully engaging the sin which Christ came to overcome, making us workers of iniquity instead of justice.  Once again, as Pope Francis recognized, racist scapegoating is used to justify such injustice:

Many destination countries have seen the spread of rhetoric decrying the risks posed to national security or the high cost of welcoming new arrivals, and thus demeaning the human dignity due to all as sons and daughters of God. Those who, for what may be political reasons, foment fear of migrants instead of building peace are sowing violence, racial discrimination and xenophobia, which are matters of great concern for all those concerned for the safety of every human being.[4]

Christians must not stand for this evil. They must place their hearts and minds upon Christ and follow his ways. Christ breaks down the walls of sin. Christ breaks down the fear and hatred which divides humanity. To have Christ live in us is to continue this work in time, to promote the unity of humanity as the foundation for justice. The common good must be the forefront of our actions. Christians are to be good citizens of the world, as Pope John Paul II declared:

As a member of the human family, each person becomes as it were a citizen of the world, with consequent duties and rights, since all human beings are united by a common origin and the same supreme destiny. By the mere fact of being conceived, a child is entitled to rights and deserving of care and attention; and someone has the duty to provide these. The condemnation of racism, the protection of minors, the provision of aid to displaced persons and refugees, and the mobilization of international solidarity towards all the needy are nothing other than consistent applications of the principle of world citizenship.[5]

It is a shame that many so-called Christians who claim to follow Christ, who claim to follow the God who is love, undermine the work of Christ by promoting the division of humanity and the oppression of one or more segment of humanity by another. When we see non-Christians understand the common good and work for it with all their heart standing against so-called Christians promoting walls of hate, it is clear that those non-Christians are better followers of Christ than such hate-filled Christians. Indeed, Jesus has said that those who act in such love are following him, working with and for him, even if they do not know it while those who unjustly hinder and oppress others are shown not to know him at all.

We must all look deep into our hearts and put to fire all the seeds of racism, hatred, strife, bitterness, divisiveness, avarice, that is, all the seeds which come out of our own egotism and pride, so that we can truly follow Christ in loving justice. We might think we have done nothing wrong, that we are not racists, because we have not said bitter words or physically abused someone; but if we gain from the actions of racists and do nothing to stop them, we support the structure of sin established by racism and still are to be seen as guilty of the sin of racism. For sin is not just found in what we have done, but also in our moral failure, in failing to do that which we should do.

When racial hatred and bigotry is on the rise, we are called to resist it, to deconstruct the lies used to justice racist ideologies, so that the wounds of sin affecting humanity can be healed and we can join together instead of divide the common human family. 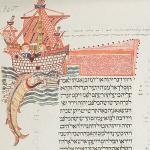 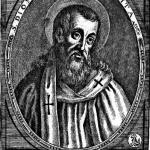 January 26, 2018 Mystical Theology of Dionysius: Transcendental God-Talk. Introduction Part One.
Recent Comments
0 | Leave a Comment
"The sad thing about this whole pandemic is that some segments of the American population ..."
Jason After COVID19
"When William Barr, a Catholic, as the Attorney General, not only promotes, but reestablishes and ..."
Randall The Scandal Of William Barr
"Regardless, the death penalty is harmful--potentially eternally harmful--to all of those involved in it, in ..."
Kevin Stolz The Scandal Of William Barr
"First, grace and peace to you, my friend! Please read this in the spirit in ..."
Kevin Stolz The Scandal Of William Barr
Browse Our Archives
get the latest from
A Little Bit of Nothing
Sign up for our newsletter
POPULAR AT PATHEOS Catholic
1 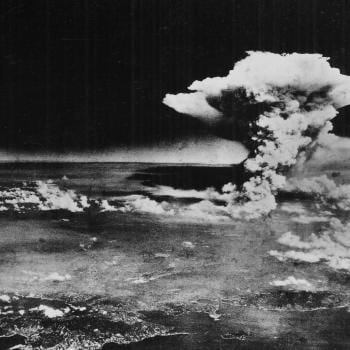 Catholic
Hiroshima And Mt. Thabor
A Little Bit of Nothing
TRENDING AT PATHEOS Catholic

Angels of the Resurrection and Their Dazzling Glory
How would you react to meeting an angel who descended to earth...
view all Catholic blogs
What Are Your Thoughts?leave a comment
Copyright 2008-2020, Patheos. All rights reserved.