Mary and the Church 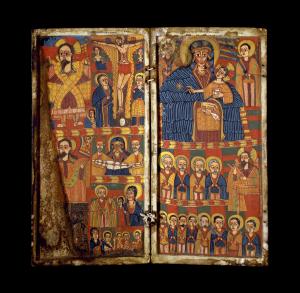 It is easy to disassociate theological truths from any earthly reality. For example, when talking about the incarnation, we can discuss who Jesus is (God and man) without looking at his activity in history. Many, if not most, of the early Christological debates show this kind of disengagement with the historical life of Jesus; in dogmatic discussions of the identity of Jesus, his historical activity, his historical life, often seems to be of secondary importance, if not actually a hinderance. This has made it easy for Christians to become practical Gnostics. Even if they will say that Jesus truly became human, the way they ignore his life on earth shows how his humanity itself has become something other-than human in their minds, some ideal essence instead of a lived reality. As a consequence of this, many think that parroting the dogmatic teachings of the faith without fleshing them out with the history from which they were formed is all that theology needs to do.

It is easy to see how this can flow into other theological problems, such as the notion of salvation by faith alone, in which faith itself is seen not in the light of action and fidelity but correct dogmatic belief. Believe in the Trinity. Believe in the incarnation. Believe in the death and resurrection of Jesus. Believe in the salvific work of Jesus on the cross. Believe all these ideas as they have been stated and you have the true faith and will be saved.

It is not surprising that this leads to a rather empty faith. It ignores the reality of Jesus for mere notional assent. It makes history irrelevant. For such people, the eschaton has not been made immanent, God has not truly become man and dwelt among us, heaven has not joined with earth to realize the kingdom of God all around us.

While Christian theology has come to recognize the need to overturn this dangerous trend, and so the historical Christ, with his deeds and teachings have become more emphasized than before, there remains a need to continue reflecting upon the whole of Christian doctrine in the light of history. Theology needs to be holistic; heaven and earth have come together, the eschaton has entered time and made it pregnant with possibilities. Christians have often ignored the value of life in this world because they have been lost in their theological speculations and ideas. However, it must be emphasized that Christ came to make all things new, to transform us, not just in the eschaton but now, making the eschaton realized now. We must recognize the good of the world in order to accept the truth of the incarnation. Yes, it is a relative good, but that only explains why it needs the transcendent, absolute good of the incarnation to reconfigure it so that it reaches its full potential.

We should look at the theological reflections surrounding Mary, the Mother of Jesus, the Theotokos, similar to the way we have come to recognize the need to see Christology in light of the historical Jesus. In dogmatic theology, like Jesus, her life is almost made insignificant in relation to the theological truths which are proclaimed of her. It is true that she is the glory of creation, that she has taken in the fullness of God’s grace so that she transcended our ordinary relationship with creation, but she also remains a part of creation; she is immanent with it, leading her to have a biography of her own. She was not some mere mythic archetype unrelated to history – she was, like Jesus, a part of what C.S. Lewis described as the myth becoming fact. Her history correlate with Christ’s, but also, it circumscribes it: as his mother, she was born before him, and after his ascension, she remained for many years, guiding and directing the church. Her flesh was of the earth which was lifted up into heaven; her history, her life, her timeliness was taken with her; she was a real human person, and she should be considered and treated as such. Ignoring her historical activity while singing her praises is as dangerous as it is with dogmatic definitions of Jesus which do not take into consideration his own earthly life. It becomes a Gnostic ascent, capable of transforming Mary into something other-than-human, and therefore, ignoring that she was in fact a woman who led and directed the church. The earliest complete biography of her, attributed to St. Maximos the Confessor, tried to demonstrate this; she was always with Christ, often guiding and directing the women who journeyed with Jesus in his earthly ministry. Then, after Jesus’ ascension, Mary was the one who was in charge of the whole church:

After the Ascension of Christ, she, the treasure-house of all good things, being thus in her own country, took charge of very good thing, and while she was dwelling in the land, she was herself the model and leader of all good things. Thus, after the Ascension, the holy mother of Christ was the model and leader of every good activity for men and for women through the grace and support of her glorious king and son.[1]

Maximos suggested that she took this role diligently, as if she were given a new mission in life:

After this glory, she did not then win an easy and effortless life and was not made carefree from all labor and ministry – far from it! Rather, as if she began her godly life and ministry only now, she gave neither sleep to her eyes nor slumber to her eyelids nor rest to her body (Ps. 131.4). [2]

Her life was not one of humble silence, but an active life, where she taught and directed the apostles:

But it is well known and recognized that, as she remained after her son and king as steward on his behalf, and teacher and queen of all believers and those who hope in his name, men and women, his friends and disciples, so she had care and concern for them all.[3]

In calling her Jesus’ steward over the disciples, it is clear Maximos recognized she had an authentic ministry on earth, one which included preaching and exhortation:

But she was not only an inspiration and teacher of endurance and ministry to the blessed apostles and the other believers, she was also a co-minister with the disciples of the Lord. She helped with the preaching, and she shared mentally in their struggles and torments and imprisonments. [4]

While it is easy to praise Mary, to call her queen of heaven, it is important to realize she was a woman who lived out her life on earth, who fulfilled and exemplified what we praise her for on earth and not just in heaven. She was a minister and steward of Christ; she did not merely stay in the background, but rather she was the one to whom the apostles came, and what she told them to do, they did without hesitancy. Her status as a woman did not stop her from being full of every grace of the Spirit, ministering and directing the church until her dormition. Yet, this is what is so easily forgotten. We often tend to look at her not as a real woman who lived on this earth, but merely as a mythic queen in heaven who stands in silence, saying and doing nothing of her own, similar to the way many think women are to be in the church. Her high status in dogmatic theology must be realized with a recognition of her historic status as well; without it, we undermine what Christ accomplished by undermining its historical reality.

It is easy to see how Mary, who should be the source and foundation for a strong presence of women in the church, has sadly been used to justify their silence.  She has been seen as the transcendent exception to the norm, thereby overturning the meaning of her life for women as she is not seen as an example which they are capable of imitating. Certainly, elements of her life are treated as possibilities for women, which is how and why virgins are often said to emulate her, but her full legacy has been cast aside, so women have found it difficult if not impossible to imitate her in her ecclesial status of directing and guiding others with an authentic ministry of their own. By ignoring her history, by ignoring her interaction and direction of the apostles, her life, which demonstrated that from the foundation of the church women were at the core of the church, has itself been wiped out from our imagination and with it, the possibilities for women in the church. This can explain the paradox noted by Eva Catafygiotu Topping, who, upon reflecting upon the place of Mary in the Orthodox tradition, said:

Orthodoxy’s unlimited veneration of the Theotokos, it is true has given the church a “feminine face.”  It is equally true that veneration of the Theotokos has not brought honor of full dignity to women.  History shows that the “trickle down” theory does not work.  Mary’s “divine glory” has, in fact, isolated her from the rest of womankind.  The chasm that separates the Mother of God from God’s daughters is visible and palpable in the architecture and praxis of our church.[5]

By making the faith unearthly, by focusing on the ideas of theological dogmas while ignoring the historical reality which should flow from them, the practical Gnosticism of many has led to the  denigration of the status of women in ecclesiastical history. The dogmatic truths must be affirmed, but they must be affirmed in a concrete form which immanentizes the grace of Christ into history so that all, male and female, Jew and Gentile, can truly find their place in Christ without obstruction.  We can and must do better than before. We can and should take the truths handed down to us but we must reflect upon them and integrate them into history, letting the light of the resurrection shine brightly in the world. 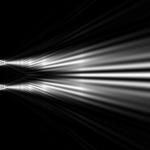 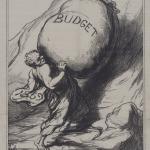 February 15, 2018 To Support A Culture Of Life, Fight Against Trump's Budget Plan
Recent Comments
0 | Leave a Comment
Browse Our Archives
Follow Us! 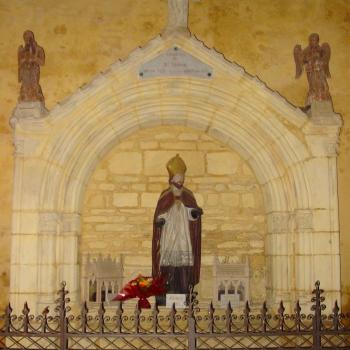 Catholic
A Reflection On Christ’s Encounter With The Samaritan...
A Little Bit of Nothing 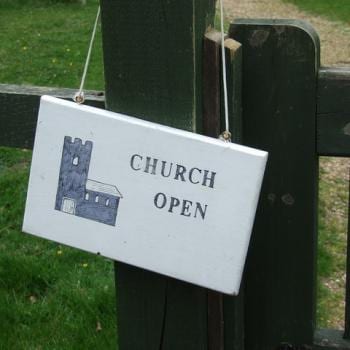