Painting the Truth of God 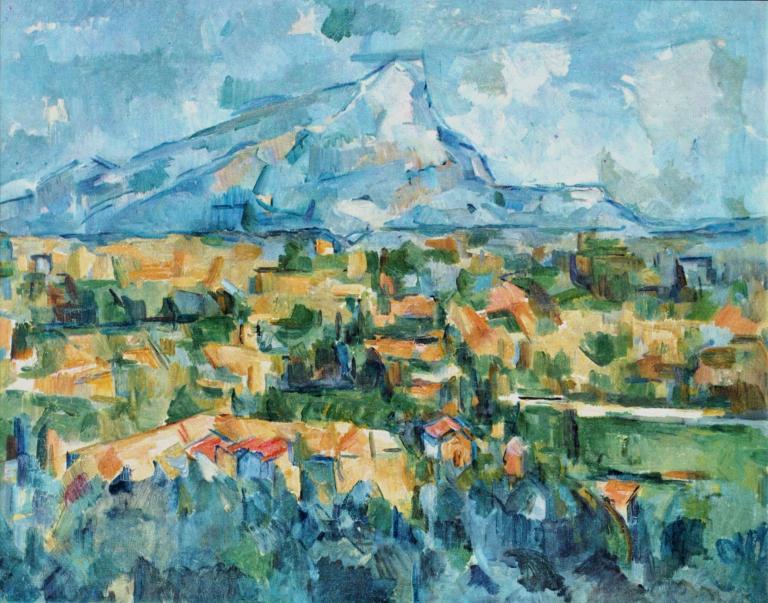 Three painters come together to paint a beautiful landscape. Each of them paints with a different style. The first tries to be photo-realistic, reproducing as much as possible what they see with their eyes, putting in all the details which would show up in a photograph. The second is an impressionist, drawing from what they see, they paint with a looser brushstroke, emphasizing the mix between light and darkness, as well as the colors, giving an impression of what they experience through the landscape. The third follows the post-impressionist style Paul Cezanne, emphasizing in their painting the geometric structures of the objects in the landscape.

Anyone looking at the results of the painters will be able to ascertain they were painting the same landscape. The photorealistic painter might, at first, appear to reproduce the landscape the best, but on the other hand, all they did was reproduce the exterior qualities of the landscape; its spirit is not so easily reproduced. Its true qualities exist beyond our sight, as its reality is not merely that which comes to us in appearances, but includes a depth which lies beyond our vision.[1] Trusting too much on exterior appearances will often leave a painting flat for this reason; this is why other styles of painting often give us more insight into that reality in a way which photographs by themselves cannot. The impressionist gives us more us more of its character, more of its beauty and horror, as the emphasis on light and color gives a new depth to the landscape, allowing qualities which are hidden in mere appearance to reveal themselves through the impressionist’s hermeneutic lens. Likewise, the post-impressionist is able to relay a better understanding of the underlying unity which connects the landscape together as a whole; the inner structure, which is often hidden like a skeleton is hidden behind skin, is laid bare, allowing the landscape to be more than what it appears to us but also to be an integral whole for itself.

In this fashion, what at first appears to be the most realistic loses much of the depth of the landscape while that which diverts from said realism, provides more of its inner core. Non-photographic styles of painting do not have to be seen as something less than or inferior to so-called realistic painting: indeed, such painting can be, and often is, transcendental to it. The truth of reality is found in the hidden depths of reality beyond the external shell which realistic painting tries to capture.

It would be wrong to call any painting as erroneous or unreal. Each represents a vision of the truth of the landscape. Likewise, each provides a particular kind of vision, a particular kind of view. The landscape transcends all of them and yet is able to be represented and encountered in each of them in differing ways. We might want to try to look at each image, compare and contrast them, trying to create a “true landscape” through them where apparent contradictions between them are weeded out, but in doing so, we would end up diminishing not enhancing our understanding of the landscape. Each painter represents a different view, a different slice of the truth of the landscape, and to truly grasp the landscape, we will have to accept all of them as pointing to the truth of the landscape, allowing apparent contradictions to be seen as complementary elements which coincide with a truth that transcends either of them, just as a skeleton and the skin which covers it represents differing elements of a human form.

This, of course, goes with the greatest landscape of all: the truth. There are many different ways to express it, to point it out. Different systems are established to help express one or another aspect of the truth which must somehow be seen to work together and merge with a whole that transcends our intellect, and so, will produce apparent contradictions if each system is overly literalized and placed against each other, ignoring the greater truth which is intended by them.

This is why theologians are able to produce many different systemic forms of theology which reflect upon the truth of God and point to it. If someone were to take one system as the whole of the truth, they would lose out on much of the truth, even as if we took one style of painting to represent the whole of the truth of the landscape, much of its character and spirit would be lost. Theologians with their systems can get things wrong, which must be corrected, but on the other hand, they can be pointing to the transcendent truth and find themselves complemented by others who likewise do theology in a different form who nonetheless remain pointing to that same exact truth. We can try to triangulate them but in doing so, we will observe that the point of unity lies beyond all possible maps.

The key to receiving the truth found is theology is not to be overly invested in the system which points to the truth, literalizing and absolutizing it, but realizing its form and function in relation to the truth. One can appreciate a variety of theological styles, and embrace them all, without embracing all the suggestions which come out by those who absolutize one theological style or another and reify it with secondary, or tertiary, reflections which require over-emphasis and attachment to the system instead of the truth itself.  This is why those who are over-concerned as to being a Thomist instead of engaging and reflecting upon the truth which St. Thomas Aquinas wanted them to discern will turn one away from that truth and turn a humanly established structure into an idol. St. Thomas did not want this to happen, but sadly, many of his later followers have acted like this is what anyone concerned with the truth should do. Yet, this is a problem not with Thomism, but so-called Thomists; many have found with Thomism the means by which they can know the way to get to the truth, and those who do so, will not be so stuck on the minutiae of Thomism and rather, will be able to put Thomas behind as they come to the truth of God face to face.

Theological systems are vessels to help us get to the truth, not the end product. They are useful for us to get started on our journey with truth, but they must be abandoned once we have reached a state which transcends what they have to offer. Once we have attained an experience of the truth, it is best for us to reflect upon it with the best of our means. We will not have to rely upon the experiences of others, but this does not mean they will be without use; they will help confirm our experience with theirs, allowing us to see they come together to represent the truth itself, likewise, as some are better at expressing the realization of that truth, we can and should employ what they have said when we are trying to help others understand what we have come to understand. Nonetheless, even what we have to offer must recede with the rest of them; we must always know that in the end, it is only the truth of the Sophia of God which must prevail. St. Thomas Aquinas understood this well when he started burning his texts. We too, must follow suit; we must always recede so that the truth beyond words can prevail.

[1] Even science has shown us how the reality of the objects which we view differs from how we view it. The atomic makeup of the objects in a landscape will not be visible to the naked eye, and yet they remain an aspect of the object which we are examining. 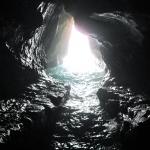 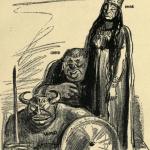 Freedom, Virtue and Responsibility: Notes for...
Steel Magnificat
Related posts from A Little Bit of Nothing