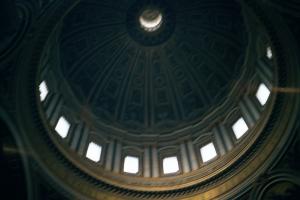 God neither lives, nor is life, though Dionysius indicated in the Divine Names that God is life.[1] Just as he is said to be light, so he is said to be life (cf. Jn. 1:4) in that He is the source and foundation of life, establishing it and its contours.

Life is something which is predicated upon existence, demonstrating not only its conditional state, but the composite nature required for something to possess life. Living beings are, once they are granted life, are born into the world; when they lose their life, they die. Living beings, moreover, are granted life not through themselves, but through an external cause, showing that they have an origin outside of themselves.

Because God is not a compound being, nor does God contain anything within himself conditionally, nor does God have an origin outside of himself, God does not possess life.  God is not a biological entity who was one day born into the world, and so without possessing life, he cannot lose and so he cannot die. In this regard, he truly can be said to be immortal (cf. 1 Tim. 1:17), not because he has life which will never be taken away from him, but because he transcends life. This must not be read in an absurd fashion where God is seen to be some inanimate object whose existence is inferior to the existence of those who have life: unlike such inanimate objects, he has his own subjectivity, and whatever is positive in regards to life, he possesses in a transcendental and simple manner. For life is good, and whatever is good, God possesses, not in its inferior form, but in its perfection. Whatever good is found in life comes out of and through God as something secondary and inferior to God, but also in a way which offers a similitude to God in that it establishes a self-moving subject which exists in a way which transcends mere objectified existence.

By saying God is the source of life, it must not be thought that he is in himself whatever life is. He is the source because he establishes it in and through his creative will. If he were understood to be life itself, he would then be seen as something which is predicated upon and shared by all those who partake of life. This would mean that God is inferior to those beings which partake of life, because they would hold him and comprehend him in themselves as they take on life and make it their own. He would be an object by which living entities thrive and exist instead of the creative subject who transcends all of his creative activity. God, as Robert Grosseteste said, “is better than what lives,”[2] which requires him to be more than a mere life-force which all that lives partakes.

Proclus, in talking about life, understood that living things partake of that which is called Life, which precedes all living things, an essence which all that which has live shares in but which in its nature transcends what is shared:

Dionysius, influenced by Proclus, knew he had to indicate that God is not Life because he knew it was a kind of being which Proclus explained as the source and foundation for all life. God is not some mere being. He is the source and foundation for all being, including Life. What this Life is is that which makes something else alive; this Life is created by God and so is not God himself. Though, as with all things which God creates, what is established by God’s will can become a means by which we know him, and so we know God through Life, and we can therefore designate him with the term Life so long as we know it is in respect to his economic activity instead of being the fullness of who He is. God, by willing Life, shows he transcends Life, but by willing Life, he shows that within him is the basis for Life itself. God transcends Life, and yet it is remains appropriate to call him Life in kataphatic theology.

To deny God is alive is to deny he is some mere biological entity, but to deny he is Life is to deny objectification of God where he becomes a contingent predication to the being of others. This helps overturn any crude forms of pantheism which could develop to explain the relationship between God and his creation. God is not some force which we incorporate into ourselves so that we can live, and so he is not something which we lose when we die. Even in our death, he is there (cf. Ps. 139:8). He is the source and origin of Life; as he gives it to us when we come to life, so he is capable of giving it to us again after we die: “For as the Father raises the dead and gives them life, so also the Son gives life to whom he will” (Jn. 5:21 RSV).

Obviously, the problem which emerges when we say God is not alive is that we think he loses subjectivity. Positive theology affirms God’s subjectivity by identifying him with life. But positive theology can lead us astray and assume all kinds of improper relationships between us and God. For this reason, what is affirmed through positive theology is the transcendent nature of God, overcoming any and all nihilistic interpretations which deny God his greatness. Likewise, then, apophatic theology continues with that transcendence, reminding us of the errors which emerge when kataphatic theology is taken not as conventions pointing to the greater truth but as the absolute truth as it is. Kataphatic theology begins the path which points to God by denying nihilism, and so the Divine Names helps ground us in understanding God’s transcendent subjectivity by calling him life. Likewise, the Mystical Theology continues with that pointer, explaining that God must not be seen to be life, but something which transcends life, because he transcends the conditional, contingent, and compound nature which is found in and with all that lives. 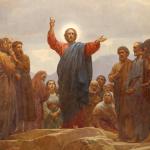 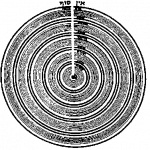 August 14, 2018 Dealing With The Paradox of God: Part One of Three
Recent Comments
0 | Leave a Comment
"Unfortunately, those leaders who are self-professed Marxists have done a lot to misappropriate the movement, ..."
Ame Marxism, Social Justice, And Christian Expectations
"Let's face it, most anarchists I know about don't really do anything with their anarchism. ..."
Ame Marxism, Social Justice, And Christian Expectations
"And trumps stench will NEVER leave them. They will sadly be known as liars bigots ..."
KDNDLKJ After The Recent Coup Attempt, Christians ..."
"No, it only took one silver-plated piece of clay for them to sell out their ..."
Chari McCauley After The Recent Coup Attempt, Christians ..."
Browse Our Archives
get the latest from
A Little Bit of Nothing
Sign up for our newsletter
POPULAR AT PATHEOS Catholic
1