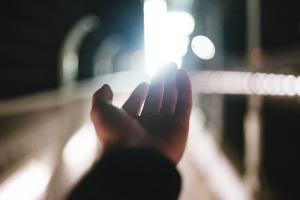 When we seek after God, we must realize that we can never comprehend him. Then, we can let go of our attempts to do so. We will silence our mind when it attempts to establish God based upon its limited capability, so that we can go to God in that silence, letting him reveal himself to us without any interference from our mind’s attempt to define him. But even then, we must be careful. It would be tempting to misconstrue what we receive from God, if we receive anything, as representing the fullness of who he is. We must always accept that whatever we experience, whatever we apprehend, though it is of God, it is not the fullness of God. Dionysius, understanding how we could misconstrue what we experience after we silence ourselves through apophatic denial, turning away from such apophaticism, therefore, asserted that neither is It darkness, nor light.

What lies beyond our experience, beyond our understanding of God, is the darkness of God, the transcendence which we cannot penetrate. And yet, we are aware of it, even as we are aware of what we have come to know in and through our experience of God thanks to the light of his grace. It would be easy for us to misconstrue either as being the fullness of God. But what we encounter, what we experience, both in and through positive theology, through the light of grace, as well as what we see and understand that there is a greatness of God which lies just beyond our apprehension, must all be treated as being something other than God as he is in himself. All of them serve as points of contact we have with the economical revelations of God, which being from God, nonetheless must not be confused with the immanence of who and what God is in himself.

God is often said to be in the darkness, in that which just transcends the light which we apprehend; this easily lets people to think he is that darkness. But what we must not do this. The darkness which we experience is only that which lies just beyond the limit of our comprehension: it is itself a representation of the limit between our current understanding and comprehension of what God has revealed of himself to us with the transcendence that lies beyond that limit. If we confused that limit, that darkness, as being God, we would establish a limit for God, a limit which is far less than the actual infinite transcendence of God because it would be the darkness just beyond own finite comprehension, which is itself, a limited being. What we understand of God, including what we understand of the transcendence of God represented by the impenetrable darkness which we cannot fathom, is not God in himself and must not be confused as the absolute representation of God but must be understood as another, albeit transcendent to us, convention pointing to the truth of God.

If God is not darkness, therefore, some will think God is the light. And there is truth to this, as there is truth in calling God darkness, in that both represent some aspect of our relationship with God. Nonetheless, as the light is that which is comprehensible to us, that which is revealed and which we can understand in some form or another, the absolute nature of God is not that light, even if what we receive in and through that light is from God and of God. God is neither the darkness nor the light which we encounter, but rather, transcendent, always drawing us into greater and greater awareness as we grow in being thanks to our reception of his grace. There is no limit to God, and so there is no limit to our potential growth; there will be that representation of God which we understand established by the light of grace and that side which we do not understand or comprehend, which lies just beyond our comprehension, called the darkness of God. We are drawn to that darkness, to that which we do not yet understand, to the greater mystery of being, and as we come into it, we find the light of God increases in us even as the darkness continues to show its never-ending expanse. If we open ourselves to the light, to the grace of God, we will find ourselves growing, and because the expanse within God is never-ending, so our growth will be never-ending: we will go from grace to grace, from glory to glory, as we commune with God in eternity.

To deny God is darkness is to say we can apprehend something of God and the truth in the light of grace, even as by saying God is not light, we realize what we apprehend is nothing in comparison to the absolute as it is in itself. Ficino, commenting upon this conundrum, explained how Dionysius understood the possible errors we could assert about God by calling him darkness or light and so denied them both in order to show us the path in-between the two errors which points to the truth itself:

So it will be apparent that God is darkness, that is, the most hidden of all things. But how so, when men proclaim that, of all things everywhere, God is the most known as it were? Someone will suppose alternatively that God can be called light, the most known, that is, of all things, but how so, when all finite things bear witness that they do not know what it is that all confess is unquestionably infinite? Men do not truly know at all about God, who infinitely surpasses human conception, but neither are they entirely in error about God upon whom ever prayer, judgment, and good work unceasingly depend. [1]

Dionysius, therefore, helps us deny two extreme errors. The first is that of absolute nihilism, where we end up believing that all we ascertain of the truth is absolutely false because we end up asserting that there is no truth. The second is the kind of idolatry which forms as we confuse relative, conventional truth with the absolute truth in and of itself. Thus, denying nihilism and absolutism, Dionysius told us nor [is God] error, nor truth; that is, what is revealed to us by God is conventionally true so that what we ascertain from it is not false, though it is not the absolute truth as it is in itself. Whatever we assert, even in our apophatic theological denials, remain on the level of conventional truth, of representations pointing to that absolute; the darkness which we use to demonstrate the transcendence of God remains itself a convention. Robert Grosseteste, commenting upon these words, therefore explained: “It is not error through deviation from the truth, nor truth meaning by that a power of knowledge which can get to understanding.”[2]

What we say about God will not be erroneous if we do not grasp after it as the absolute truth and it is backed by some sort of revelation which generated the concept behind our speech. So long as we remain open and understand whatever theological truth we establish is merely a relative presentation of the truth, we are not on an erroneous path. We must not deny there is truth: that would be a contradiction as we would be asserting that denial as truth; we must not end up as confused nihilists who think there is no truth beyond the fact that there is no truth: no we must let truth reveal itself to us, to not deviate from what we have received of the truth while never trying to limit the truth to what we receive, turning the truth into error if we ever try to do so. God is not the darkness which we encounter, nor the light which we receive; what we say of God is not in error if it does not deviate from the truth of his revelation but it is not the truth as it is in itself. What we receive is a relative truth which is not to be confused with the absolute truth, nor to be confused with falsehood because it is not the absolute truth: so long as we do not absolutize it, it can be error-free, granting to us a form of the truth which we can ascertain. 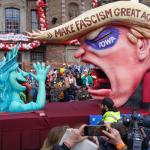 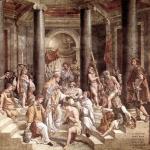