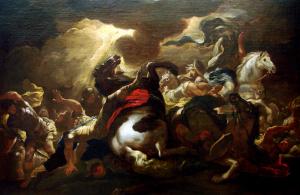 When trying to establish the truth, even in conventional form, it is possible to come up with something which is not true, that is, it is possible for us to speak of falsehood. There really is a truth which we somehow grasp as being true, a transcendent truth by which other things can be and should be compared, rendering some things relatively true, and others false. While accepting that there is indeed truth, we must recognize the truth transcends us: in a sense, though we intuit it with our discourses and our judgments, the absolute truth is not comprehended by us, indeed, it is not known by us because it transcends what we can comprehend and understand. This is why we are said to be agnosia or ignorant of the absolute truth, because even if we apprehend it, our understanding and comprehension of it is infinitely less than what it is in itself.

The metaphysical truths which are normally used to discuss being must all be seen as relative truths. They follow through with what our mind can understand and comprehend. The reason why, despite the infinite distance between the relative and absolute levels of truth, what we speak of in conventions can be said to be true is because the absolute truth, which transcends all being, nonetheless is immanent in it. The absolute truth is the light which shines and illuminates all things, but it remains, in and of itself, an unapproachable light so bright, it blinds us and can therefore be said to be a bright darkness. Thus, Dionysius, in his fifth letter, elucidating upon themes found in the Mystical Theology, wrote:

The Divine gloom is the unapproachable light in which God is said to dwell. And in this gloom, invisible indeed, on account of the surpassing brightness, and unapproachable on account of the excess of the superessential stream of light, enters every one deemed worthy to know and to see God, by the very fact of neither seeing nor knowing, really entering in Him, Who is above vision and knowledge, knowing this very thing, that He is after all the object of sensible and intelligent perception, and saying in the words of the Prophet, “Thy knowledge was regarded as wonderful by me; It was confirmed; I can by no means attain unto it ” even as the Divine Paul is said to have known Almighty God, by having known Him as being above all conception and knowledge. Wherefore also, he says, “His ways are past finding out and His Judgements inscrutable,” and His gifts “indescribable,” and that His peace surpasses every mind, as having found Him Who is above all, and having known this which is above conception, that, by being Cause of all, He is beyond all. [1]

We can never comprehend the absolute truth in ourselves, but we can and should pursue it, opening ourselves to it, love it, and therefore unite ourselves with it so as to be with it in a deified ecstatic state beyond ourselves. All that unfolds from the absolute truth can be found in the infinite variety possible for the discussion of relative truth. There is always room for growth, as whatever level of truth which we have gained will be infinitely less than what we have yet to attain. We can, therefore, see progress in our journey, even if the absolute truth always infinitely transcends us every step of the way. If we feel satisfied with what we have, we will not journey further; but when we seek the absolute truth in love, we will not be satisfied with anything but it, and so we will pursue it for eternity,  forever going beyond ourselves, beyond our thoughts and mind, to join with it in love, taking whatever it reveals of itself to us in its illuminating grace as a token of its love for us. What we receive and experience will be so transcendent we will not be able to truly speak of it. We will come to understand the words of Paul, as he reflected upon his own special encounter with God in Jesus Christ, discussed it by pointing out how it transcends what he knew or understood:

What cannot be uttered, what cannot be told, what cannot be known is the absolute, for it is beyond all such things, and yet something is being said, something is being told by this apophatic negation of speech and thought. We speak and point to this truth, and the more we encounter it, the more we apprehend, the further away our understanding will be from mere thoughts and words. We will know, even better, how words fail to present it, and yet because of this, we will be able to use words that much better to present the truth to others, meeting them where they are at, even as Paul did with the Corinthians. 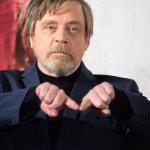 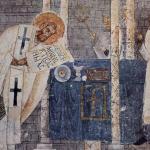