Marsilio Ficino, in the opening of his commentary to the Mystical Theology, understood the point of the text was to offer us the means by which we can attain union with God:

The highest step for the soul ascending to God is called both darkness and light. The step is called darkness insofar as the rational soul has proceeded thus far through particular negations, that is, by denying that God Himself is this thing or that thing or some other thing, or that God has been found in nature or thought about by us. The step is called light, however, for the reason that we attain the clearest truth about God in no other way than through negation.[1]

Apophaticism moves us away from absolutizing the relative truth; we need to ascend beyond the relative level of truth which we have attained and open ourselves to the absolute, to receive it in ourselves, in a light which is both bright and dark. We are illuminated by the absolute truth, and so we grow in knowledge and understanding, but we must deny what we apprehend and comprehend as being the absolute as it is in itself. We negate even what we attain in order to attain more, to be open to more, to be open to the absolute. In this way, we accept that God transcends us, that the absolute truth as it is in itself is invisible to us: we remain in the dark in relation to it. We speak of what we attain even as we should point through our negations the transcendence of what lies beyond us. We speak, and speak the truth insofar as we speak of our apprehension, but we must accept that what we speak is relative and will always be transcended by what we cannot comprehend. We call this transcendence the darkness of God and often represent it through silence, pointing its incapacity to be ascertained by thought or speech.

Transcendental God-talk, mystical theology, relies upon the truth as it reveals itself to us instead of on our reason and what it can make of the truth for itself. We must recognize the value of reason, but also its limitations. We must recognize the relative value of doing any theology.  What we speak is true insofar as it is penetrated by the absolute truth. Negative theology remains the means by which we prepare for that truth. We are led to realize the limitations of all thought and speech. When we do so, we are told we must go silent, not because we end up being quietists who then reject relative truth and think nothing can be said about God, but because we want to receive the clearest perception of God possible for us in order to verify our God-talk with ourselves and with others.  This, then, is the purpose of Dionysius’s work, as we saw Dionysius explained to Timothy: This then be my prayer; but thou, O dear Timothy, by thy persistent commerce with the mystic visions, leave behind both sensible perceptions and intellectual efforts, and all objects of sense and intelligence, and all things not being and being, and be raised aloft unknowingly to the union, as far as attainable, with Him Who is above every essence and knowledge. By showing the value of the relative truth, accepting the role of kataphatic theology, and the transcendence of the absolute truth which requires us to engage apophatic theology, Dionysius prepares us for our own union with God. There is value in philosophy; there is value rational exploration; there are all kinds of positive insight which can be had from such work. But we will eventually come to the limits of what is possible for us without an encounter with the transcendent absolute truth. Then we will be able to properly confirm the value of our relative truth. We are to move beyond our conceptions of the truth, our conception of God, and to God himself.

God beyond God,
Truth beyond truth:
Remove the veil:
Enter into the dark light.
Experience the truth
As it really is.
Take heart, speak boldly:
Skillfully direct others
To the dark union
Where words all fail
And truth alone prevail.

Then speak, speak loud,
Let the beloved hear.
Reveal to others
The glory of the truth.
Speak with truth,
In truth, through truth.
But never hold to the words,
For when we do we show
We have yet to attain
The truth itself. 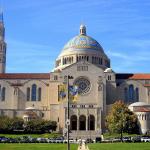 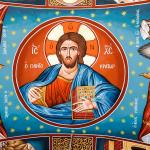 January 29, 2019 The Way of Truth
Recent Comments
0 | Leave a Comment
Browse Our Archives
get the latest from
A Little Bit of Nothing
Sign up for our newsletter
POPULAR AT PATHEOS Catholic
1