“Know Thyself And Know God” A Reflection Based Upon the Letters of St. Anthony the Great

“Know Thyself And Know God” A Reflection Based Upon the Letters of St. Anthony the Great January 17, 2019 Henry Karlson 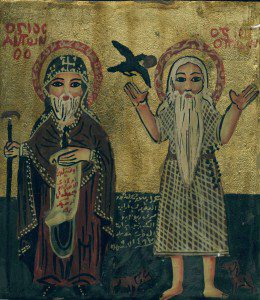 The world was created by God to be good by nature. “And God saw everything that he had made, and behold, it was very good” (Gen. 1:31a RSV). Everything which exists is good because of that existence. Everything which exists, in accordance to the nature given to it, is also good. Wherever goodness is found, the presence of God is to be found, giving his bountiful grace so that such goodness not only is preserved but is able to be made greater. The goodness given to us at our creation is not meant to limit us, but only set the stage and foundation for us to grow and become something better, something greater. But this is possible only if we do not remain attached to the limited good given to us at our creation: we must be willing to give it up (in an act of self-giving love), so that we can be open to and receive the greater goodness being offered to us by God’s deifying grace.

By dying to the self instead of being attached to it, grace is able to deify us: grace perfect us and makes us transcend our original “nature.” Trying to hold on to that given nature, trying to preserve it apart from grace, will let it wither away and perish. In that withering away, not only is nature no longer preserved, that which tries to hold onto itself becomes less than what it once was, and in the difference between the original face of creation and that decayed state, evil is found. Evil is not a substance: it is not a thing, but yet, through our judgment and discrimination, we are able to equate the loss of being, the loss of the good, with evil and discuss evil even though evil as it is, is not a thing. Evil is a concept, a name which we give to the realization of the lack of some good which we know should be but is not.

Thus, we have all been given, at our creation, our nature, which is good, but as we live, we find ourselves not realizing the totality of our nature, so that instead of being good and following the good from glory to glory, we find ourselves turned away from the good, and therefore, from God. The presence of God is everywhere, but as we turn away from the good, we are closed off to it; in order to realize his presence, to recognize it, we need to be restored to the integrity of our original good nature and open up to the greater good which is being offered to us. Nonetheless, even when we do not perceive the presence of God, God remains there, working in a hidden manner to prepare us so that we can receive the grace we need to return to the goodness which we had once lost. To know God, we must come to know ourselves, that is, not just how we think of ourselves in our fallen, unnatural state, but rather, to know who we are in our nature and to realize that natural goodness once again. We must wrestle to get there, like Jacob. It can be long and hard. But when we know our true self, we can know our true name, and thus, know God, as St. Anthony the Great tells:

If a man knows his true name, he will see also the name of truth. For this cause also while Jacob was wrestling all night long with the angel, his name was still Jacob; but when morning came, his name was called Israel, which means ‘Mind that sees God’. (Gen. 332:24-30.)[1]

Being made in the image and likeness of God, we are made in the image and likeness of love, and so love is reflected in our nature, indeed, implanted in it as a guide. Even when we turn away from who and what we are meant to be by nature, becoming as it were sub-natural, that nature remains pure, and so that love remains there as a part of us, as something which remains implanted in us, capable of directing us once we heed its call.  This is, St. Anthony explained, the “law of love” and some great saints, like Abraham, were able to witness it and follow it immediately without question once they heard its call:

There are those who are called by the law of love which is in their nature, and which original good implanted in them at their first creation. The Word of God came to them, and they doubted not at all but followed it readily, like Abraham the Patriarch: for when God saw that it was not from the teaching of men that he had learnt to love God, but from the law implanted in the nature of his first compacting, God appeared to him and said, ‘Get thee out from thy country and from thy kindred and from thy father’s house, unto a land that I will show thee.’ (Gen. 12:1).[2]

But even if we are not like Abraham, that is, even if we do not immediately and without question follow the call of God, the call of love, in our lives when we hear it, we can still find ourselves, with much effort and labor, turn ourselves over to that love and find God in the process: “Truly, my beloved in the Lord, whenever any have come to the Creator of all by the law of His covenant implanted in them, God is present with each one of these in His bounty and grace by His Spirit.” [3]

Thus, St. Anthony the Great tells us a great deal about our conscience, seeing it is the law of love which is implanted in all of us, and remains within us even if we have covered it up and hidden it with all kinds of defilement from actions of unlove. Even those who do not know any positive law, such as the law of Moses, can find the law of love within themselves, come to know themselves and their true nature, and fulfill what the law of Moses represented. We must come face to face and realize who we are, to truly know ourselves, and not just what we presume ourselves to be, so that we can know the love which we are intended to know and follow in all our actions.  Thus, St. Anthony explains, what is found in our hearts, the conscience which we are to know, is the law of love implanted in us in our nature, giving us a way to understand Paul when Paul wrote:

When Gentiles who have not the law do by nature what the law requires, they are a law to themselves, even though they do not have the law. They show that what the law requires is written on their hearts, while their conscience also bears witness and their conflicting thoughts accuse or perhaps excuse them (Rom.  2:14-15 RSV).

But even if we have not turned inward, to find our true nature, our true face, so that we do not see and know the law of love, God in his love, still works for us and seeks us out. Salvation history, as revealed in Scripture, demonstrates this wrestling God has had with humanity, where he shows us through diverse ways what we could and should be like if we acted according to our original, pure nature. But as we cannot restore ourselves to our original nature, that is, once we have been ontologically decayed and became less than who we are meant to be by nature, we need to be aided by God:

And as all the saints asked the goodness of the Father concerning His Only-begotten, because unless He Himself should come hither, none of the creatures was able to heal the great found of men, for the sake of this the Father in His goodness spoke and said, ‘Son of man, make to thyself instruments of captivity, and go into captivity willingly.’ (Ezek. 12:3 – Septuagint. Cf. Jer. 45:19.). The Father spared not His Only-begotten, for the salvation of us all, but delivered Him up for our sins.[4]

Even when we have turned ourselves away from God, he is at work within us, giving us grace when we pursue who we are meant to be, even as he is at work in an external fashion, revealing the truth of humanity and indeed, of creation itself, through the incarnation. God became one of us to show us what humanity without sin could be like, so that upon seeing it outside of us, we can then pursue it and come to know it within ourselves. When we do so, when we truly come to know ourselves, we will realize it had always been there, just covered up and lost to us because of our sin. “Truly it befitted you, who have been drawn near to your Creator, to seek the salvation of your souls by the implanted law of the covenant.”[5]

To know ourselves is to know love, and to know love is to know God. Truly those who know themselves know God. This is the lesson that Saint Anthony imparts to us in many of his letters. It is the lesson which we must learn, not by study, but by personal engagement with ourselves. We must wrestle. We must struggle. We must clear up and remove all the defilements which cover our pure nature. Then we can have a pure heart and see God.

[IMG=St. Anthony the Great and St Paul the Hermit. Photograph of icon by Henry Karlson] 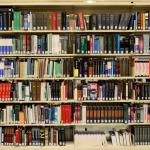 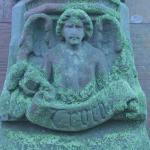 January 21, 2019 Mystical Theology of Dionysius: Transcendental God-Talk. Conclusion. Part Ten
Recent Comments
0 | Leave a Comment
"Henry Karlson's article is a disoriented description of what he perceives to be the "evil" ..."
Tony Correia Unity After Trump
"Don't know what "bible' you're quoting, but here's the same24 Jesus left that place and ..."
KDNDLKJ After The Recent Coup Attempt, Christians ..."
"Mark 7:24-30In which Jesus is taught by a mere “Canaanite dog” (his words) of a ..."
AntithiChrist After The Recent Coup Attempt, Christians ..."
"When did Christ teach us to be bigots?You can't follow Christ's teachings and be a ..."
KDNDLKJ After The Recent Coup Attempt, Christians ..."
Browse Our Archives
get the latest from
A Little Bit of Nothing
Sign up for our newsletter
POPULAR AT PATHEOS Catholic
1 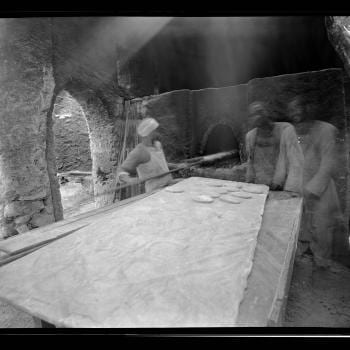 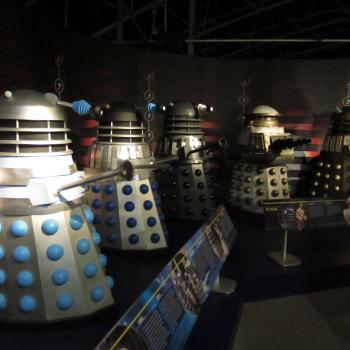