While St Moses the Black became one of the great monks of the Scetis, looking at him from his birth would have made it difficult to predict this outcome. When he was a young boy, he was a slave; when he was able to do so, he fled from his servitude. As he had nothing else he could do, he became a brigand, before quickly becoming a leader among the brigands he lived with.  He quickly found his lifestyle was not only dangerous but unfulfilling.  Asking God for help, including asking God to prove that he existed, he found himself led to the monks of the desert, found one who took him in, helping him come to faith in Christ and becoming a new creation. Then his full potential in life was able to become manifest as he became a desert monk, struggled hard to overcome the habits which he developed in his youth, then finding himself becoming a famed leader in the monastic community itself. Moses had great potential: he was destined for greatness, whether or not the greatness was in evil or in good. Since he embraced the charity of God, he became filled with wisdom, knowing how to attain peace with God by becoming a man of peace. He became a man of peace because he was able to come to know himself in the silence of his monastic cell.  He had to embrace that silence, to accept it, because it was in such silence, he came face to face with himself, and in doing so, he learned everything about himself, the good and bad, his failures and successes, and what he needed to do in order to complete his spiritual transformation and come to have an intimate knowledge of God. Having learned this for himself, he was able to teach it to others:

A brother came to Scetis to visit Abba Moses and asked him for a word. The old man said to him, ‘Go, sit in your cell, and our cell will teach you everything.’[1]

Silence can be disconcerting, especially for those of us used to, and expecting, loud noise all around us. When we are confronted with silence, we do not know how to engage it, and so instead of embracing it and the opportunity it provides, we find ourselves filled with discontent. We become bored. We become anxious. We become restless. Especially when we go someplace all by ourselves, and let ourselves remain all by ourselves in silence, we then find ourselves overwhelmed by that silence: the silence is so loud it is deafening. Why is it so loud? Because it provides us the opportunity to learn. When we have nothing to do but rest in the silence, we begin to do think and ponder until we lead our thoughts to ourselves as we find ourselves questioned by ourselves. That is, we begin self-reflection, and in that reflection, everything is laid out before us, and if we are willing, we can learn everything we need to know just like Moses the Black did before us.

When we ponder ourselves, it is true, most of us hate what we see. Most of us hate ourselves, even as we are possessed by inordinate self-love: love and hate go hand in hand not only with others, but especially with ourselves, and that inner conflict, that fight between the two dispositions often becomes the source of our contention with others as we project the inner spiritual battle upon them. Silence in the cell, silence in a room all by ourselves, does not allow us to project that battle with others, and so all becomes revealed as we see that the only one we are in conflict with is ourselves: the longer we remain in the silence, the more we come face to face with ourselves, the more we are then given the opportunity for change, and to know that what we hate is not really the person who we are but what we have become, the mask which we have placed upon ourselves which hides who we are not only to others, but especially to ourselves. That mask dictates the roles which take on in life, hindering us from being the person we truly are. We must learn to take off that mask. Because we have become so accustomed to it in the first place, we must first recognize it exists. Then when we do, we realize it has become so attached to our being, it is as if it has become glued on, requiring us to struggle to take it off, feeling pain as we do so, before revealing to ourselves the true glory of the person who lies underneath.

As a society, we constantly seek to drown out the silence, to distract ourselves instead of facing ourselves, and so we do not know how to sit still and rest in peace. Silence is invaluable, but now, when we face it, we face it briefly and misinterpret it as just being an offense against the good of sound: it has, in this respect “lost its voice” as Paul Virilio said:

Silence no longer has a voice. IT LOST ITS VOICE half a century ago. But this mutism has now come to a head . . . The voices of silence have been silenced what is now regarded as obscene is not so much the image as the sound – or, rather, the lack of sound. [2]

Silence, when it is encountered, is far from the silence which brings peace, but rather something else: the nihilistic destruction of sound, or mutism:

To speak or to remain silent: are they to sonority what to show or to hide are to visibility? What prosecution of meaning is thus hidden behind the prosecution of sound? Has remaining silent now become a discreet form of assent, of connivance, in the age of sonorization of images and audio-visual icons? Have vocal machines’ powers of enunciation gone as far as the denunciation of silence, of a silence that has turned into MUTISM?[3]

Silence is not meant to hide, but to reveal: when we mute, we create an artificial silence which adds, instead of subtracts, from the barrier between our mask and our true selves. We mute silence, we mute reality, trying to render it voiceless. Having come to this artificial silence as being the norm in which silence is engaged, is there any surprise we come to silence and learn nothing? We are unwilling to listen. We need to overcome mutism, the attempt to silence silence, and instead embrace the voice which speaks in silence, the voice which reveals reality itself through such silence.

Mutism, the artificial silence, establishes injustice, while silence, where all that veils the truth from us becomes removed, is the firm foundation for justice, because when we embrace the real as it is instead of mute it, when we embrace the real and let it reveal its natural goodness, we will know what we need to do because we will have heard it loud and clear in that silence. Thus, the author of the Anchoress Rule properly told us:

For as Isaiah says, Cultus iusticie silentium (Isaiah 32:17) – “Silence is the cultivation of justice.” Silence cultivates her, and when she is cultivated she brings forth the soul’s eternal food. For she is undying, as Solomon witnesses: Iusticia immortalis est (Wisdom 1:15). Thus Isaiah joins both hope and silence together, and says that in them will stand spiritual strength: In silentio et spe erit fortitude vestra (Isaiah 30:15) – that is, “In silence and in hope will be your strength.” Take note of how well he speaks. For whoever is very quiet and keeps silence for a long time, can hope with confidence that when she speaks to God he will hear her. She can also hope that through her silence she will sing sweetly in heaven. [4]

Justice is taught in silence, and so those who embrace silence and not its artificial rival of mutism, will promote justice itself. This is to be expected. In our silence, we come face to face with ourselves, that is, we come to know ourselves and the good which we should will. Through knowing ourselves, we come to know God, whose image and likeness is imparted on us. God is a God of love, a God of justice. Our salvation is found in God, who we come to know in that silence: “For God alone my soul waits in silence; from him comes my salvation” (Ps. 62:1 RSV), and so Moses the Black, in telling the anonymous brother to return to his cell and sit in silence, is right in saying everything will be made known through that silence. We too, can learn in such silence, but only if we embrace it and not its artificial imitator, mutism; which is why, in Sirach we are told:

There is one who by keeping silent is found wise, while another is detested for being too talkative. There is one who keeps silent because he has no answer, while another keeps silent because he knows when to speak. A wise man will be silent until the right moment, but a braggart and fool goes beyond the right moment. Whoever uses too many words will be loathed, and whoever usurps the right to speak will be hated (Sir. 20: 5-8 RSV).

Silence is meant to be loud, it is meant to teach, to lead us to all righteousness as it directs to God. When we learn through such silence, we will know what to speak and when to speak. We will not be muted. But those who have not embraced such silence will speak out of turn, and show that in their ceaseless chattering, they have yet to receive any true wisdom. We must embrace silence, come to realize the truth, and then act on it. 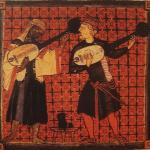 February 6, 2019
Pope Francis and The Plurality of Religions
Next Post 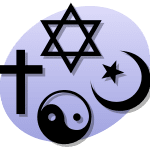 George Will and the Millstone of...
Catholic and Enjoying It!
Related posts from A Little Bit of Nothing 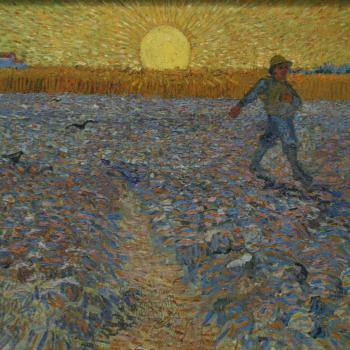 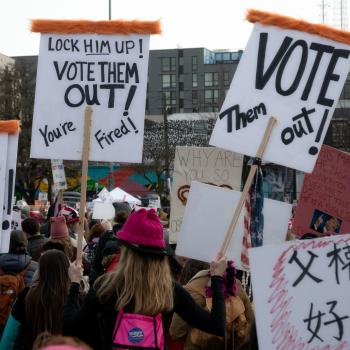